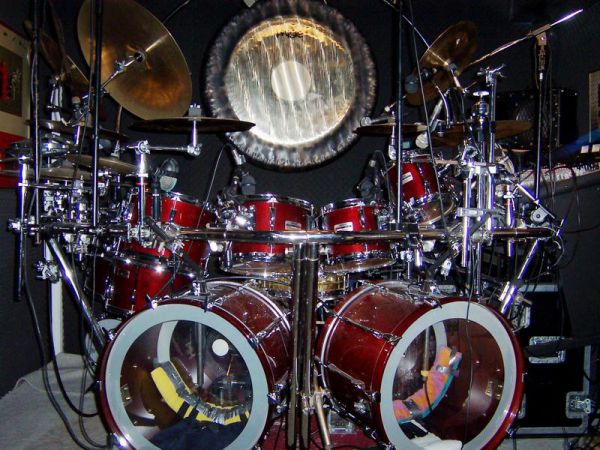 I'm a drummer/song writer, who loves to travel, and love things outdoors, (Camping, fishing, Jet Skiing, or just staring at a beautiful forested lake). I married my high school sweetheart, and have 4 beautiful children of whom we are So proud. We have been blessed beyond measure, but it didn't come easy, which makes it all the sweeter; and hope you are too.

I was in the Automotive business, having done everything from Rental Agent, to running dealership service department, as a District Service Manager for Honda Corporation. If you have a question about the car business, whether it's buying, leasing, or how NOT get ripped off at your local dealership, or independent shop, I'm your man. Oh, if you need a song written for any occasion, It's what I professionally now, so, just let me know.

Staples
“Dependable Site Reasonable Shipping”
I ordered a desk chair online, and it came the next day. Since I've ordered printers, ink, office supplies, and the arrive in perfect condition, and Really fast. Very pleased with Staples site.
Helpful (0)
Thank you
Southwest Airlines
“Love this Airline!”
Bags do fly free, the customer service is Outstanding, unlike other airlines, one in particular, I guess I cant mention. they're on time record with me has been amazingly good. On one occasion, they did have to cancel a flight, for a mechanical issue. They put me up in an Hilton, and provided transportation there and back. Upon arrival, they apologized again for the inconvenience, and discounted my return flight 50%t. Now THAT'S how you make a customer for life. I was shocked at how they made a very bad situation bearable. To me, that's beyond the call of duty. I've Never had an airline do anything like that before. Usually you spend the night on a damn airport chair, receiving a, "Deal with it," attitude." I fly Southwest everywhere they have a route, and recommend them to everyone I know; now I recommend them to you. I travel allot for business. They are business that cares about their clientele. So rare these days!
Helpful (0)
Thank you
Costco
“Love This Place”
Yes, the lines can be long, but it's a God send for my wife and I. Everything we need, and lots of it. If something needs returning, which is Very rare, there is no hassle there as well.
Love me some Costco! Great store for about anything under the sun!
Helpful (1)
Thank you
TigerDirect
“Always Good Experience”
Hassle free, good prices, always have liked Tiger. Prices are good, customer service and follow up, exceptional, in my experience. Honest, and reasonable. Like this site!
Helpful (0)
Thank you
Marshalls
“Great Deals”
If you look, you will find some really good deals here. Never a bad experience here, so we'll keep going.
Helpful (1)
Thank you
Netflix
“Love Netflix”
Thanks to Netflix, we're not stuck watching the garbage on TV that passes for entertainment. We Love streaming our shows, and movies every night, No commercials. Great service!! They've come up with a couple of Great shows of their own, such as, "House of Cards." Very reasonable prices, great, dependable service. More new shows would be great, but really, that's up to the studios. Blockbuster was REALLY stupid by not offering streaming, before it was too late. Oh well!

Tip for consumers: Use their website to choose your tv shows, and movies. For me, at least, it's easier. Either way, an Excellent value, with Great service.

1) My Laptop. The salesman gave me All the wrong specs, options, and features. I asked about the discrepency in the description, which be blew off as misprints. I Took it home & discovered it was indeed the absolute Wrong laptop for my needs. Truly lacking in Rom, and was Not touch screen. Returned.

2) A stereo receiver which was supposed to have the option of play the speakers, and headphones at the same time. Most every tuner now has a speaker cut off, when phones are plugged it in. Paid $1200.00, as I needed a powerful, full featured unit. 2 hour after the incredibly difficult setup, I plugged the phones in, and Wha la, speakers shut off. No way to get around it. VERY upset at the colossal waste of time, I steamed back to to return it, for a cash refund.

3) DVD Player with the ability to play MP3, disks. I had a Samsung player, from 2001, that had the ability to play whatever song I needed played, so I can rehears exactly what I need to, on any given day. In other words, if I'm playing song #5, and want to skip to song 61, I only needed to puch, "6-1" into the number pad, and 61 would play.
I asked if they a player with that specific feature. Anything else is useless for my application. He pointed to a brand, and model that he was sure had that feature, As again, not many players have that ability. It's as were able to Audio equipment has taken a massive step back, eliminating such basic features.
Well I got it home, and guess what? Yep, didn't work.
Returned. I should start a running tab on how much gas money they owe me.

I will Never shop Best Buy again. I miss Comp USA, and Circuit City!! Frys is my other option. I'll give them a try, because the, "Sales professionals," at Best Buy are useless, putting it mildly, and keeping it G rated.
Helpful (0)
Thank you
Previous
12
Next

Every visit to Staples, Scottsdale ,Az 85260 is a treat The staff are friendly, helpful and...

Josh happened to be in the Palm Desert store where we need a paper jam fixed on our Staples...