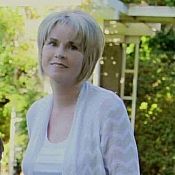 I am married and have 2 adult daughters with 4 grandsons. We live in the country about an hour north of Sacramento CA. I use to love to shop in big towns like Sacramento, San Francisco and Los Angeles. I started shopping online when my dad and brother died in October and I didn't shop for gifts those few years, i had to purchase onine and pay extra shipping to have Christmas. It was so much more convenient that i just started doing it for everything. so much easier and unique.

I found out that if I am interested in something. Google it and I can usually fine either the best price, free shipping and easy returns. Sometimes its bether to pay a ltitle more to have better service.

I love to travel, history and being with my family.

Mission
“Great products for hot summers and cold weather”
I found mission.com when I was watching a morning show that has great shopping deals for a day on a variety of items.
I ordered some items for my family to wear in the hot California summers. I bought some hats and cooling towels. You put water on them and they cool you down. They worked great and to reactivate the cool you just put more water on them.
This last week I received a new email with new sales on items to keep you warm. Again I ordered some shirts, scarf, beanies and gloves for my daughter's family in Wisconsin. They loved the items and wore them to visit ice castles in a nearby town.
The site was co-founded by tennis star Serena Williams , Drew Brees & Dwayne Wade
They have great clearance sales.

Tip for consumers: Shop the clearance and end of season sales.

Helpful (3)
Thank you
Hudson Jeans
“great fit and cute”
I found Hudson jeans in a popular magazine where I saw an actress wearing them. The fit was so nice I googled them and ordered immediately.
It took different styles to get what fit me but it was worth the search. I am older than some of their clients but still like to look the best that I can. They also come in longer inseam which is hard to find.
They are fairly expensive but quality over quantity wins for me.
Helpful (2)
Thank you
Pier1 Imports
“Great customer service and love the urns I purchased”
I have been updating our home and started looking at pier1 for some of my changes.
I shop online and free shipping to my local store. If I do not like the item, they will refund in store with out a problem.
The quality and customer service has been great .
Helpful (5)
Thank you
Nilmdts
“If I had a wish it would be no one needed this organization”
Now I lay me down to sleep. An organization that helped my daughter in January 2017 when she list her son, Ryan. He was going to be born in March.
On this terrible morning as she dropped my grandson off at school she called me and said she had been having severe cramps and was going to take bath and go to dr. As she started her water, she started a large amount of bleeding. She text me again and was driving herself to hospital.
This was the start of events leading to this organization. She made it to ER, and no heartbeat. As she text me and Ryan's dad I was at a lost. Praying for a different outcome but wasn't what we received. Sadly she had lost Ryan and had to have emergency surgery. She was on the east coast, I was in CA. She was alone at the worst time in her life.
The hospital contacted the organization and a professional photographer immediately came to take pictures of Ryan, she was given a beautiful box with his gown, homemade bracelets, crotche booties, cap and copies of his foot, and handprints. A small brown bear. There were other items but can't remember.
She was sent home with this tiny box and a few pictures she took on her cell.
I did fly to be with them, they had me a new q bed, pillow and electric blanket. I stayed in Ryans nursery. I can't believe how she got thru the days. The next morn she had Dr app and we returned some of his baby shower gifts. My mother lost a infant son, my sister a daughter and grandson, my 2 brothers a son and granddaughters.
Now I lay me down to sleep was a great organization, they are based in Colorado and do not donate out of state at this time so I'm not sure how my daughter received this box but I can not express how much this meant to my daughter and her family.
You can donate financially or make items to put in the boxes. I have contacted our local hospital about getting boxes for others.
In Dec I donated a box and 1 extra bear in his memory. The boxes are $50.00 bears 10.00. My daughter received a card in Ryans memory and I have received 2.
This is a very special organization that I wish did not have to needed.
I am sorry this is so long.
Helpful (4)
Thank you
Viewthedeal
“women owned companies great deals every week”
Good Morning America viewers GMADeals.Com
I recently was watching GMA Tory Johnson came on show with some deals for the day. Prices seemed to good to really be but I went to the site and ordered some of the items. I did not order any of the cheaper jewelry items but for younger ladies they were nice.
I have been waiting until I received my purchases before I did a review, so here is my take on the deals.
Each week they launch 5 women owned companies that are giving 50% off and sometimes more. I have started using some of the products and so far everything that I ordered has been great. I did order some battery operated lights and 1 globe was broke on delivery. I tried to contact the company by email, phone and live chat. Each one was closed due to Eastern time. So I contacted Tory Johnson i received email immediately, they were shipping a new globe I also contacted her about sizes clothes and again immediately responded. I also saw a message from a lady that tried to order a baby wrap blanket that was sold out, again she immediately told them to email her privately. I am sure she had extra to get her the blanket.
I am very impressed with the customer service from Tory Johnson. Her site is Sisterhood of Secret Savers.

Maxine Has Received 1 Thank You

Valerie L. thanked you for your review of Selectportfolioservices

“Maxine..Thank you and is there a civil suit..I want in..SPS sucks and Bank of America no better...They sold the loan to these people...”

Maxine isn’t following anybody yet.

They are very careful about payments and delivery things and also serve good quality so yeah they...