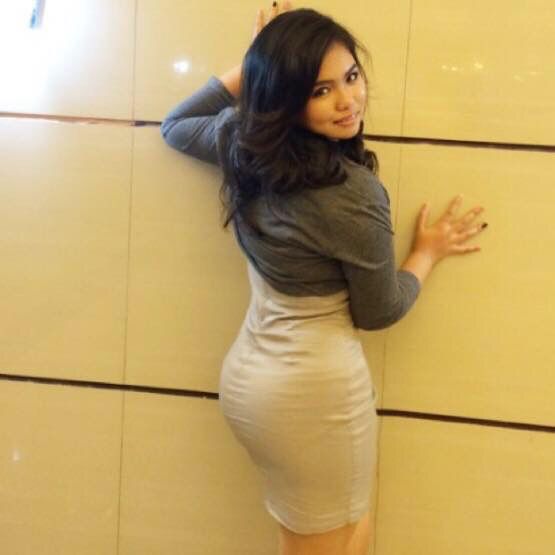 I am a blogger & a reviewer so I'm definitely used to analyzing products/services & recommending websites that I really like. I tell the truth. Period.

Expedia
“ERRDAY. Lol”
I travel a lot and I can say that Expedia is my go to app (cause I use the app) when it comes to booking a plane ticket or a hotel room. It's very easy to use, it (app) has some glitches but those can be fixed. It has everything you could ever need. From hotel reviews to fare comparisons, Expedia has it all. Whenever I'm not being flown from one place to another by a private jet, I don't even go to Delta, AA, Southwest, etc. Anymore. I just click on that yellow Expedia app and securely book/find a flight even up to the very last minute. Seriously, because they have my credentials (don't worry about identity theft or scams btw, I can assure you that they are atrociously strict about security and privacy) just pick a flight you want to catch, run to the airport and you're done! Easy as pie. (Pie is very difficult but, uh, you get what I mean! Lol)
Helpful (0)
Thank you
UAE.Souq
“SIGN ME UP!”
Living in the US, it's very weird to hear something positive about another country over & over again, because here in the US, we practically see our country as the world; the US is the world and the states are all the countries. Just look at how we do sports. ANYWAYS, I keep hearing that it's so much fun to shop in the UAE because everything is so much cheaper & affordable there. I have been to Dubai twice now, stayed at the Burj Khalifa (and maaan they sure know how to melt a credit card). The Burj is an awful lot close to the Dubai Mall, so in my typical nature, I tried shopping there. AND let me just tell you something, PRICES ARE PRETTY MUCH ALIKE when you convert it back to US dollars. ESPECIALLY when you're shopping designer clothes. But "tech-wise", THERE you'll see the difference. THE AMOUNT OF MONEY YOU CAN SAVE IN BUYING TECH STUFF IS UNREAL! And that's just "in-store shopping". While I was there, I met a few people and let's just say they're more of a shopaholic than I am. 70% more... But the weird thing is they HATE the mall, they think it's the most atrocious place among any. So I already figured that they do all their shopping online. I only know of Amazon.com but I don't think they have an Arabic version of it. So I asked where they were getting all their stuff. SOUQ.com! Believe me, it took me more than half an hour perfecting the pronunciation of 'souq'. And once upon a beautiful Arabian afternoon at the world's most gorgeous Starbucks in Dubai. There we were facing our Macbooks and we were virtually at souq.com. I'll tell you this, it wasn't half bad. PLUS I REALLY LIVE THE CASH ON DELIVERY PAYMENT METHOD, I just really think that's awesome, especially for minors who have been wanting to buy something but aren't allowed to have a credit card yet. Yes, I said "for minors" let's face it, nobody carries cash anymore these days. There's just no reason. Going back, ugh, I am such a procrastinator! ANYWAYS, so we ordered a few things. A FEW! And some of the products we bought actually came one to two days earlier. Arrived in perfect condition and purchased at a quarter to half the tag price it has in-store. NEED I SAY MORE?
Helpful (0)
Thank you
Forever21
“"THAT'S A LIL BIT TOO SAD!"”
Is what I say to myself every time a cute top or a cute lil pair of shorts catches my eyes! Cause then I would probably buy it then after two days... TWO DAYS of owning it and just barely trying it on, it breaks. IT LITERALLY BREAKS INTO HALF! This has happened 8 times to me. You've been warned.
Helpful (0)
Thank you
Best Buy
“BEST place to BUY”
Not necessarily the BEST! But it's convenient and... Yeah, I guess that's just it!
Helpful (0)
Thank you
Toys "R" Us
“Love the Vibe!”
Fast, Precise & Reliable. What could you even ask for?
Helpful (0)
Thank you
Target
“If You Live In America...”
If you do, you wouldn't really be looking at this or any other reviews on Target. Except if you're in Canada, that's a totally different subject!
Helpful (0)
Thank you
Costco
“In-store in Los Angeles..”
Don't judge the book by it'a cover. All I'm saying!
Helpful (1)
Thank you
Apple
“Of Course APPLE!”
I always get my iDevices here, I mean Free Shipping, legit stuff & awesome customer service! What more could you ever ask for?
Helpful (0)
Thank you
Groupon
“Pretty... AWESOME!”
Sometimes accurate and helpful, sometimes filled with bullsh*t but overall, really helpful and really leaves you satisfied.
Helpful (0)
Thank you
Kmart
“Just go!”
In-store is your best bet at this
Helpful (1)
Thank you
Amazon
“AWESOME.”
I suggest going into your computer, the app is sooooo glitchy. Overally, LOVE IT! Always shop here, great deals & a lot of Limited Edition stuff you wouldn't dind anywhere else.
Helpful (0)
Thank you
Walmart
“Who doesn't love Walmart?”
Again... Why would you even look at reviews. Just go to the goddamn store for christ's sake! Haha
Helpful (0)
Thank you
Lazada
“Lazada is filled with BULLSH*T!”
1) Customer Service is BULLSH*T
-half the time they're just saying random stuff that sound "professional"
-they're very hard to contact and when you do contact them, they're very hard to talk to, YOU WILL NEVER GET THE ANSWERS & INFORMATION YOU WANT.

2) Items either FAKE or DAMAGED (& unfortunately, so are their so-called "deals")
-If you really want to risk it, ALWAYS go for Cash On Delivery.

I also ordered the same Apple products from the online Apple Store at the same time. JUST TO COMPARE! I usually order all my stuff from Amazon or from the actual website of the product I want, but since I'm currently not in the states for Spring Break & I'm here in the Philippines, I went on and sis a research about websites that have COD and Door to Door Delivery. Found Lazada and ordered a bunch of stuff, paid most with my credit card and paid some by COD.
Since Lazada is known for huge sales and price drops, I only had an estimated total of Php 464,000. I mean $11,000 is A LOT of money! But I paid for them and started waiting. I always choose Expedited Shipping, but I really don't know how to work on that with Lazada so I had to wait fo 3-5 days and some product for a week or two. So, packages started coming 6 DAYS LATER and most of them are from the "My Pleasure" section, including the Canon DSLR, the GoProHero4, WD My Passport Ultra 2TB Hard Drive, most of my video games, the iPhone 6 plus and the iPad Air 2, I was not pleased but I was satisfied by what I got and how I got it.
Couple weeks passed, I received another package in my mailbox, dude kept ringing my door bell, opened the gates, & was so psyched that the package was from Apple Inc. - Got the 2015 Macbook Pro 13" with retina display because of the Force Touchpad, Wireless Keyboard, Magic Mouse & Trackpad, Airport Extreme with 3TB, Mac Mini, clear & black shell for my Macbook Pro 13" retina, iPhone 6 plus 128GB with the standard Apple Leather Case, iPad Air 2 64GB Space Grey with FREE ENGRAVING! & a smart case, extra cords, extra earpods with mic, Apple Tv & of course Apple Care.

So unlike Lazada, the actual product website (e.g. Apple.com) delivers precisely everything all at once... And FREE SHIPPING. So that's one option you can do.
Received the other half of my order 2 MONTHS LATER! Was funny how I got all my video games and received my consoles 2 months later. I didn't even bother calling Lazada once because of the reviews I've read, thank god it was just shipped late.

Some of the items weren't in their original box, some item were missing and mislabeled. Some were a little damaged and some just didn't work!

I have to admit I was a bit disappointed, but I guess I am the one to blame, I kinda saw this coming and really just wanted to test it out with 11 f*cking grand! Ugh, so stupid!

So... I would have to agree on the bad reviews people have been giving Lazada.com.ph. Just got to the damn website and purchase it from there, it's very easy to put 26% off and still ask for the original price.

It's really a gamble that you have to do, if you really don't have a choice. I'm sticking with Amazon. I just hope they would have Amazon Philippines so people who live there could finally experience what Online Shopping really feels like.

That's about it, I hope you guys learn from this review and think before getting into on the Internet, trust me, I know. I'm a Youtuber, that's actually my main job, I mean, money is great and all but the Internet is really not one we should fully trust.

Christen hasn’t received any thanks yous.

Christen doesn’t have any fans yet.

Christen isn’t following anybody yet.

It works fine for me. It will get you on a plane and gives you twenty four hours to cancel. The...

I must admit I usually use booking.com for my accommodation when travelling but this time I found...