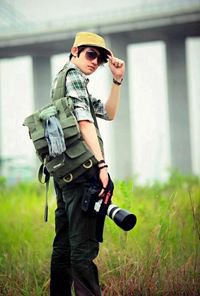 I’m very sorry that you have had this experience with our service. Our free account gives you the opportunity to try out our resume builder before deciding to purchase. The ability to print, email, or download your resume and cover letters are features included in our paid subscription and not listed as a feature of the free account. You can download a plain text version of your resume for free.

We are very committed to providing great customer service and again are very sorry that you had this experience. We take all feedback very seriously and hope that you will reconsider your star rating and negative review of our site and service. Please contact me directly if you have any further issues. You can email me at anna.b@livecareer-support.com

Charlene M. – MyUS Rep Over a year old
I'm sorry to hear this, as we have been making many recent changes--including doubling the size of our Customer Service department--to improve service. Can you please provide your suite number so we can follow up with you via email?
USAbox
“Please please I wish I had done more research on this...”
Please please I wish I had done more research on this company, in simple terms they are thieves, this s scam site, please do not use them. The come across as all legit until they have your items, thn they begin to show how much they will scam and steal from you. Anyone out there who can spread the word do so, USABOX.com are a scam. Do Not Use them.
Helpful (6)
Thank you
PosterRevolution
“I set up a wholesalers account for my store”
I set up a wholesalers account for my store. The nearly 100 posters they sent me were removed from their packaging, all rolled together and thrown in a box. I expressly ordered these posters for resale. They look used and worn. Customer service keeps running me in circles and does nothing. I would not recommend Poster Revolution.
Helpful (3)
Thank you
24HourWristbands
“DO NOT ORDER FROM THIS COMPANY”
DO NOT ORDER FROM THIS COMPANY. YOU WILL REGRET IT. THERE'S NO MAYBE ABOUT IT, YOU ABSOLUTELY WILL REGRET IT. THE 5 STAR RATING YOU SEE IS FROM A THIRD PARTY ADVERTISER AND YOU ARE ASKED TO TAKE THE SURVEY BEFORE YOU EVEN PLACE AN ORDER (GIVES YOU $5 OFF YOUR ORDER)
I do promotions for events and typically have no issue whatsoever obtaining my event merchandise. I create my orders online, typically 2 to 3 weeks in advance and ensure rush production/shipping so it is ensured to arrive on time. This time around I made the mistake of running a little behind and saw the quick turnover promised by this company. I quickly learned that the term 'RUSH' is just a ploy to charge you a higher rate with 24hourwristbands.com. Yes, they will only take 24 hours to produce your item, however, what they don't tell you is that numerous holds are going to be placed on your order at every turn and they're going to miraculously lose the artwork files you send to them before production so they will have to conveniently delay your production time. I received a call not ten minutes after placing my order informing me that my .jpg file was lost when submitting my order. At first I was like, "No biggie, I mean things like this happen". I submitted the original .psd file (which is what they requested) and received back a 'support ticket closed' email. All is good right? WRONG. First off, my 24 hour production wristbands get put on a day long hold due to a lack of inventory (though I was able to order them on their site), then a lack of inventory based on a new color and now I'm looking at going into my "24 hour production time" 2 days after placing my original order. But wait, there's more! When I called in to confirm all was well, I discovered they "never received" my .psd file (even though the ticket had been closed as 'document received'). So my three day shirt production is turning into 6 days and my selected shipping method is going to more than likely put me past my required date. In other words, this merchandise is more than likely a $1000 shipment of junk. Every "customer service" representative has been rude and more concerned with ending the call than helping me. At least three of the countless phone calls have ended with an "Ok" and hanging up. No "Thank you for choosing 24 hour wristband", not even a "thank you, goodbye", just "Ok" then call termination. This company is completely unprofessional and completely empathetic about the needs of its customers, well, ex customers now. I'm currently waiting (going on two hours) to receive a call back from customer service to make sure their production team even received my new .psd file that I sent to one of the "customer service reps". This is quite possibly the worst company in existence, most definitely the worst company I've ever had the misfortune of working with. Overall I've spent at least 2 hours on the phone (either on hold or speaking with a representative) since placing my order two days ago, I even had to create a special email folder for the ridiculous amounts of "hold" and "status updates" I've received from this company. If you need any kind of merchandise, do yourself a favor and use someone, anyone, else. Terrible, absolutely terrible company, that's all I have to say these people.

Update: Received yet ANOTHER hold on my account stating the design I submitted was 'Full Color' and in order to proceed they required roughly another $100 and consequently due to the holds, if I wanted my order on time I would have to pay for faster shipping (roughly another $100). I know you're probably thinking the full color thing is understandable and my fault, and I would too, had I not decided it was in my best interest to cancel my order and take the design elsewhere. According to the new company I am working with (who is on schedule 100% to have my order completed tomorrow, imagine that a legitimate 5 day turn around!) I was being scammed because it is, in fact, only two color and thus I was charged for two colors with no issue. Also, I'll add that sitting here 6 days later with no posted refund. A message has been sent to their 'customer service' department, awaiting reply.
Helpful (3)
Thank you
Beezid
“I went on the site and i went to sign up and when i...”
I went on the site and i went to sign up and when i did it asked for my card information i thought it needed it so if i did get something it would be taken out no they took $70 from me and there was nothing i can do i tried to ask for my money back i guess i bought bids when it said absolutely nothing about any bids or anything this company is a giant scam save your money and buy it somewhere else i highly recommend it for sure because at least at other places your money is safe here they will charge you for nothing make an excuse and then say sorry not refundable.
Helpful (14)
Thank you
GiftsnIdeas
“Couldn't believe i did this terrible mistake of not...”
Couldn't believe i did this terrible mistake of not reading reviews before ordering anything. Their services are absolutely terrible. My experience:
1. Ordered on 17/7/2014 to be delivered on 18/7/14.
2. Next day i got an email informing area is an internal one, hence it can't be delivered before 22/7/2014.
3. Talked to one of customer service representatives - they told me "order was out of stock, so can't be delivered on time". They were not even in sync with what the issue was.
4. I agreed on getting it delivered BEFORE 22/7/2014 but somehow that got converted into ON 22/7/2014.
5. All day 22/7/2014 no mail neither of confirmation, no delay email. I again had to call them and they took 18 hrs to contact their local delivery provider and ask them if order was delivered. NO EMAIL AGAIN. Keep calling - it never ends!
6. On 23/7/2014 (i called obviously) - the order was delivered at 8:09 AM and it was left at doorstep since door was locked and recipient did not even pick up call. LEFT AT DOOR SERIOUSLY? HOW LAME IS THAT! Further to it my fiance was at home waiting for this gift till 10:30 AM
7. You keep waiting for proof of delivery and keep calling them. All they can tell you is we regret the inconvenience caused but they don't do anything to ease it off!

Worst site ever - they don't give you tracking no. to track the order. They wont even tell you who their SECRET Local delivery agent is!

Smith hasn’t received any thanks yous.

Smith doesn’t have any fans yet.