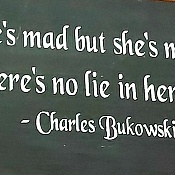 I am a researcher! I will find what others do not! Therefore, I am aware of a lot of resources others may not know about..please USE YOUR VOICE! Please..research an unfamiliar company through reviews through site jabber, consumer affairs, Amazon, the BBB etc... Googling will get you the answers you need. The answers are there it just takes a bit of looking. My career before autoimmune issues came to light, led me to become a very strong advocate for myself and other's.

Tip for consumers:
Renew on your own through the magazine company by phone one to one customer service or the little cards that come in the magazines because it's there in writing on the card..make a copy of the card with your cell phone..snap a picture.. but stress no auto renewal and please do not do business with Hearst. If something sounds "scammish" or the price is too high..do research with the BBB or Google reviews for that magazine.

Tip for consumers:
Don't! There's a lot of what you're looking for on other sites. Just Google what you want and all the sites that carry what you want will show up. You don't need the headache.

Products used:
I bought a lot from Overstock over the past few years. I paid all my debt off. They did send me a product one time they said was delivered but was either stolen out of my porch foyer of was delivered at the wrong address.

Helpful (0)
Thank you
Gettington
“Beware. A bit sketchy to me!”
When I called to change my email the customer service representative asked for my entire social security number! I told her no way that my life is attached to that number. That's how identities get stolen. She said it's "standard practice and people do it all the time". I asked for her supervisor and was on hold forever so I hung up and called back to speak to someone else who said it's not standard practice and they are supposed to ask for last 4 digits only. A bit of a very unethical scam request for an email change?! Never give your whole number out to anyone your life is attached! I paid off my account and closed it.
Helpful (13)
Thank you

I've been a customer for years, and the only reason I don't cancel is they have kept increasing...

DO NOT USE THIS FOR CREDIT! Absolutely no help at all. No answer to phones. Only care about the...