Bloomex has a consumer rating of 4.2 stars from 648 reviews indicating that most customers are generally satisfied with their purchases. Consumers satisfied with Bloomex most frequently mention beautiful flowers, great service and next day. Bloomex ranks 5th among Flower Delivery sites. 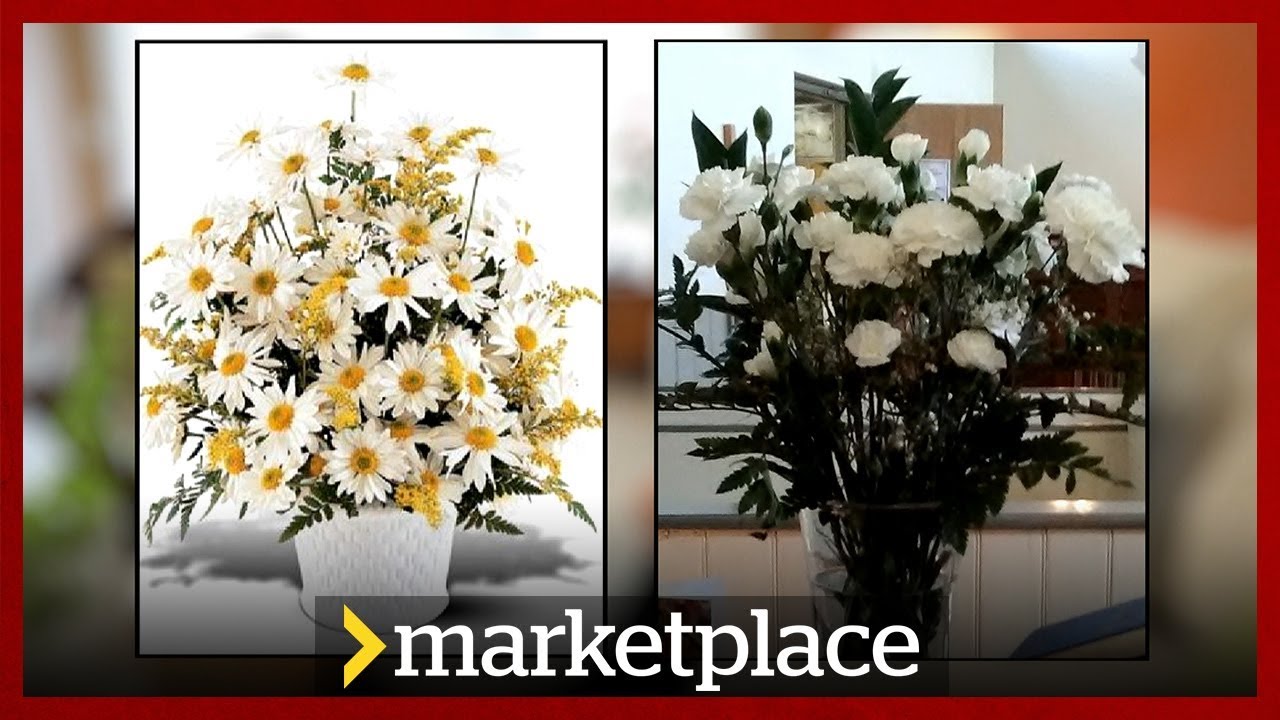 No positive highlights yet

How would you rate Bloomex?
Top Positive Review

Having given hardly any notice for next day delivery, these florists came up trumps. Perfect flowers for a funeral, fresh and the colours where such a celebration of life. Fresh flowers meant to last with such a beautiful smell. I have used several other companies but nothing compares to Bloomex! I can honestly say a big thank you to everyone concerned and will definitely be purchasing more

I bought a bouquet of flowers for my mother which was supposed to have roses, lilies, and lavender chrysanthemums. I even paid to upgrade to the largest size! A total of $80 to have them delivered. Instead, my mother received left over scraps of Carnations. A complete abomination. I was both baffled and embarrassed of what my mother received. When I spoke to costumer service they told me that the "flowers" delivered met their policy. RUN AWAY FROM THIS COMPANY!

Abigale B.
1 review
12 helpful votes
“Funeral Flowers”
Having given hardly any notice for next day delivery, these florists came up trumps. Perfect flowers for a funeral, fresh and the colours where such a celebration of life. Fresh flowers meant to last with such a beautiful smell. I have used several other companies but nothing compares to Bloomex! I can honestly say a big thank you to everyone concerned and will definitely be purchasing more
Helpful (12)
Thank you

Brian N.
1 review
13 helpful votes
“DO NOT BUY”
I bought a bouquet of flowers for my mother which was supposed to have roses, lilies, and lavender chrysanthemums. I even paid to upgrade to the largest size! A total of $80 to have them delivered. Instead, my mother received left over scraps of Carnations. A complete abomination. I was both baffled and embarrassed of what my mother received. When I spoke to costumer service they told me that the "flowers" delivered met their policy. RUN AWAY FROM THIS COMPANY!

Lisa V.
1 review
15 helpful votes
“Gorgeous flowers, well presented”
My parents sent me some flowers as a surprise, and they are truly beautiful. Healthy, fresh, vibrant flowers and very well presented in a box with water bag and bow. Also came with a hand written card with my parents message on, leaflet about the company, plant food and a card for the local florist who prepared my flowers. It was a nice touch knowing which local florist had made the bouquet. I have used Interflora previously when ordering flowers, but now I will be looking at Bloomex first.
Helpful (15)
Thank you

Janna B.
1 review
10 helpful votes
“Pleased with my transaction”
I came across Bloomex as I searched the web looking to send flowers to Guernsey as I live in mainland UK and did not know which provider would be best. The website was easy to navigate and gave me options of florists that could deliver to my recipients address. I was informed when the delivery was completed. The recipient was very pleased with both the flowers & the balloons. Good service at a good price!
Helpful (10)
Thank you

Pam J.
1 review
0 helpful votes
“Flowers were fresh and fabulous.”
1st time using Bloomex. Although they could not do same day delivery as promised, I was refunded the same day fee. I was called shortly after by Bloomex that my same day delivery was not possible and would deliver and provide a vase and a flower count upgrade. Flowers were received very fresh, with a vase on the date they said they were to arrive. Very happy customer and recipient!
Service
Value
Shipping
Quality

Jimmy G.
1 review
9 helpful votes
“Great service will definitely use this again”
Great service- I ordered from Australia for delivery in the UK. You get to choose a Florist in the area of delivery, view all their floral displays with prices in your currency so you know what you're ordering and how much it's going to cost you. The florist I chose arrived on time and the bouquet was exactly as it was pictured on the website. Very happy will use this again.
Helpful (9)
Thank you

Jay C.
1 review
15 helpful votes
“Terrible customer service, False advertisement photos, Incorrect charges”
Ordered two arrangements of flowers and they turned out completely different than the photos on their website even after inquirying about specific size upgrades how they would turn out. Called customer service to confirm details to the order and they very rudely hung up on me after I requested a few points be added into my order. They got charges wrong on my credit card, and am now having to go through to dispute them. Stay away, not worth the trouble.
Helpful (15)
Thank you

Joyce H.
1 review
0 helpful votes
“I asked for delivery early afternoon…”
I asked for delivery early afternoon and they arrived just before 2. P.m. The actual flowers were superb. In my experience it is rare for every flower to "come out" but that is what happened. Indeed a week later they are showing little sign of wear. Excellent service. Will definitely use you again.
Helpful (0)
Thank you

Katie C.
1 review
0 helpful votes
“Florist called promptly to advise fewer…”
Florist called promptly to advise fewer choices at this time of year - I suggested creating something out of ideally local as possible available alternatives and they didn't disappoint my friend was thrilled to receive beautiful new year birthday daffodils and tulips. Thank you.
Helpful (0)
Thank you

Anthony W.
1 review
0 helpful votes
“Beautiful flowers”
Ordered these flowers (cool breeze) for a friend who was absolutely delighted with them. They were even more stunning than the photograph online. Delivered when promised and emails kept me updated on delivery. Would definitely order from here again.
Helpful (0)
Thank you

Ehaw I.
1 review
11 helpful votes
“I've used them before without any problems.”
Bloomex has an EXCELLENT selection too, with flowers and edibles and gifts. I've used them before without any problems, and this very positive experience encourages me to use them over and over. I don't know if the shipping issues were my fault or a glitch in the system, but either way it is all taken care of and my 30th wedding Anniversary! Was the best!
Helpful (11)
Thank you

Holly P.
1 review
9 helpful votes
“Have to say I've used Bloomex”
Have to say I've used Bloomex many times now and I've not had a bad experience. Every florist that's been used has been 10 out of 10... my son & daughter. In. Law have just moved into 1st home, I send flowers, they were out, florist left basket with next door neighbour and left card for my son. (another florist (not Bloomex) just dumped them under a polythene cover with no note, survice to say dead flowers found.) Will never use anyone other then Bloomex now as their web page is easy use and service is great.
Helpful (9)
Thank you

Mel D.
1 review
0 helpful votes
“Unreliable company, very embarrassing experience”
Ordered flowers, delivered 5 days later than I wanted. The company offered a gift basket as an apology, which is why I'm giving them 2 stars and not 1. However, the flowers arrived to the recipient and were totally not what I ordered, I even paid for extra flowers and a card, and neither of those were included. They were nothing like what I asked for, and looked really cheap and super embarrassing, as this was a gift. I reached out to Bloomex and sent photos of what I received and asked for a refund, and they are literally ignoring me. I'm sure people have had good experiences with them but they are not reliable! Do yourself a favour and find someone else.

Rinette P.
1 review
9 helpful votes
“Fine abroad experience”
International delivery worried me because I had never done this before, but Bloomex contacted me within several hours of placing the order to confirm everything. The flowers were delivered on time and reportedly, were beautiful. Thank you!
Helpful (9)
Thank you

Monique W.
0 reviews
0 helpful votes
“Any occasion.”
Any flowers I have ordered through this website have been gorgeous. Very easy to find a florist in the UK or Australia (my experience) and to navigate your site. Love your service. One happy customer plus happy recipients too. Thank you
Helpful (0)
Thank you

Darine B.
1 review
1 helpful vote
“Largest Scam Flowers Website”
Misleading description about number of flowers in a bouquet saying its 50 but then you get 15.
Not willing to refund
Impossible to reach a supervisor by phone and they send you back the same email over and over without even bothering themselves by acknowledging your concerns
Disappointed me on the most important occasion
Too expensive and they add lots of fees
Coupons rarely work
Just encourage your local florist and save yourself from this bad service...
Helpful (1)
Thank you

Mary-Ann B.
1 review
15 helpful votes
“Not as pictured”
First time ordering. Extremely disappointed. (Toronto order) not sure what the Nova Scotia order looks like. They were not like it was pictured on site sadly. As you can tell hardly any greenery at all. Since they are a mother's Day gift during a time of isolation its heartbreaking to see what she received

Valerie T.
1 review
0 helpful votes
“Absolutely gorgeous thank you everything perfect”
Absolutely gorgeous arrangement of beautiful flowers. Excellent exchange of energy ( value for money) They were also delivered early on the day requested. Smiling. I will definitely use again & feel happy to recommend to family & friends. Thank you everything was perfect, Katelynne x
Helpful (0)
Thank you

Alexa H.
1 review
0 helpful votes
“Brilliant service”
Wanted to send my friend some flowers as her grandpa had passed away that day. Flowers were ordered and then delivered a couple of hours later. Very efficient
Helpful (0)
Thank you

Severo G.
1 review
0 helpful votes
“Fantastic service”
Fantastic service! Highly recommend. Beautiful flowers. I ordered it for the wrong date and they were very helpful and fast in responding to my email.
Helpful (0)
Thank you

How easy is it to get a hold of customer service at bloomex?

There isn't any. They don't care and have no conscience.

Is bloomex a scam or a legit company?

Scam still waiting on the refund as they took my money and couldn't supply the service I paid for.

No. Terrible service. Did not deliver on time. Postponed deliver to next dY

I found them on https://www.facebook.com/bloomex/. what do you think about them ?

How do I know I can trust these reviews about Bloomex?

To find more information about reviews and trust on Sitejabber.com please visit about us
Have a question about Bloomex?

Is this your business?

Claim your listing for free to respond to reviews, update your profile and manage your listing.