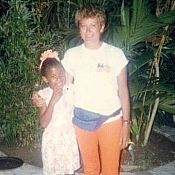 Bloomex
“Frauds”
Frauds, worst florists ever! Save your money--they will send cheaper flowers that look nothing like what you ordered! Customer service is a joke to this company as you have to make multiple complaints to get a response.

The flowers that were delivered were not what was ordered or even a similar value of what was ordered. I ordered 'recipe for romance' flowers and supersized them. The total came to $70. What I received looked nothing like what I ordered, which was a peach and white bouquet with lilies and roses. Instead I received an all white bouquet with two roses and no lilies. I attempted to deal with the company and seek a satisfactory outcome but was ignored for over a week and then was sent an email closing the issue without any acknowledgment for my issues because their local florist stated that it was fine. I even sent pictures. The flowers I received were cheap and not what I ordered. I would like a refund, the flowers were for my Mother's memorial and I could easily have bought the same flowers for $20 at a grocery store.

Tabatha hasn’t received any thanks yous.

Tabatha doesn’t have any fans yet.

Tabatha isn’t following anybody yet.

These are the most cold hearted service I have ever used. They promise same day delivery but you...

Tried to cancel the order before they delivered because it says a lot didn't show. The person...