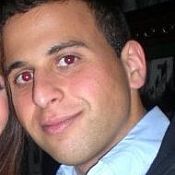 I surf the web and shred the nar.

If you answered "yes" to at least two of the three questions above, do yourself a favor and check out grubhub.com the next time you want to get delivery. Grubhub has the menus of all of your favorite delivery places in town (the ones that subscribe at least) and allows you to select items off their online menus via simple check boxes/radio buttons, pay online using credit card, or defer payment to cash upon delivery. I have been using grubhub for months now and I absolutely love it.

This encapsulates the character of her blog to a tee: sarcastic, hilarious, and ruthless. And anyone who knows me knows I'm a sucker for a funny, mean girl (please disregard rumors that I have posters of Janeane Garofalo in my apartment, they are entirely untrue).

Problem is, now Groupon is flooding your inbox with a bunch of sky-diving, Segway-cliff-jumping deals (too soon?) that don't interest you whatsoever. This is where Yipit comes in. Yipit personalizes your preferences as an end user and feeds you daily deals based on your preferences from a variety of daily deal type sites. So if you like restaurant deals, you're only going to see one restaurant deal a day come in. If you like, ahem, facials-- yeah, you get the picture.

You can also select multiple categories in the event that you're interested in more than one type of deal, the customizability (not a real word, I know) of the site is what makes it so great. Big fan of Yipit, even though it's Arabic for "donkey carcass."
Helpful (10)
Thank you
Dropbox
“I love dropbox, it took a friend of mine recommending...”
I love dropbox, it took a friend of mine recommending it for some time before I actually signed up, but now that I use it, it's value prop is clear to me. Online storage with the simplicity of drag/drop into another native PC/Mac folder (except the folder is in the cloud). You get 2GB free, and 250MB free if you are referred to the site by a user. Also, once you sign up, you get another 250MB free everytime you refer someone else (up to 8 more GB free).

As a user, you can put any type of doc in your dropbox folders, create subfolders, etc. So now you can access your files from any computer you own, or even ones that aren't yours (by going to dropbox.com and accessing your stuff via a browser). You can also share folders with people, which make it great if you and your friends want to introduce each other to new music, movies, apps.

On the subject of apps, both IOS and Android have great dropbox apps, where you can stream music (I havent tried movies) on your phones music player(s). Android also allows you to download the songs in your dropbox folders to your phone (Apple, of course, does not allow this).

All in all, great concept; love the site and software, and I highly recommend it to anyone who is computer literate, likes "stuff," and is between the ages of 3-149.
Helpful (14)
Thank you
Black Cab Sessions
“I love the concept of blackcabsessions.com: take a...”
I love the concept of blackcabsessions.com: take a band through the streets of Britain (usually London) in the back of a black cab (Brit equivalent of a yellow cab I guess) and they have them play a track on film while they get to their destination.

It's not quite the same as seeing a live show, but it's better than nothing!

ObeseVegan:@ev after scouring thousands of profiles on twitter, I found that most have 0 substance or personality. So far Ive found only 140 characters

That my friends, is pretty much what twitter is. 90% of it is nothing more than excruciatingly mundane updates from self absorbed people who want to let the masses know things like "I just ate a donut, don't tell Molly I'm cheating on my diet!" or "Dropped the kids off at lacrosse practice, this is gonna be a looooong afternoon.".

When you do sift through the garbage, you do find some gems:@azizansari is always good for a laugh,@hypem is good for new music,@cnnbrk *******@espn keep me up to date on what's going on in the worlds of breaking news and sports. Twitter is cool in that it lets you combine your news/quasi-news sources into one customizable feed without having to visit a million different sites. So it's not all bad once you figure out not to follow soccer moms and boring coworkers with too much time on their hands, and you can get some value out of the site.

My other problem with the site however, is technical: I want to scream at these guys to buy more servers and fix their systems. When your users' posts are limited to 140 characters, there is no reason you should have the "whoops, too many tweets!" screen come up that often. Is Ashton taking up all the bandwidth? If facebook can keep their systems stable and running without any major issues with a myriad of features, there is no reason that this one-trick-pony shouldn't be able to.

Oh and in case you were wondering,@ev *******@biz never replied or retweeted my post. Woof.
Helpful (13)
Thank you
Listen.grooveshark.com
“grooveshark.com is a great site for streaming music,...”
grooveshark.com is a great site for streaming music, and unlike pandora, you have control over your playlists and don't have to deal with their algorithms that occasionally do things like throw a Missy Elliott track in with your Iron & Wine playlist. If someone recommends a track or artist to me these days, I always check out grooveshark for a quick listen before making a commitment to buying the album.

It's also a great way to get introduced to new music, heres something I do at work if I want some variety and am sick of the stuff on my ipod: Go to grooveshark.com, type in "NPR" or "all songs considered", and select "add all" to your playlist. You'll get a bunch of really really cool stuff in your queue and have days worth of material to go through before you get bored or hear the same thing twice!
Helpful (6)
Thank you
Kayak.com
“If you are booking a trip, you should be comparing...”
If you are booking a trip, you should be comparing prices on kayak.com. It's a meta-travel-site search engine (don't know if that's the proper term) which basically means it searches all the different travel sites (orbitz, priceline, etc), aggregates that data on their site, and allows you to pick the most affordable or convenient flights. It even has a priceline.com window pop up in a new window with their prices so you can make sure you are getting the best deal possible.

Even if you are sure you are getting a great deal on Virgin or Southwest (I think these might be included in the kayak search now but not 100% on that), check kayak anyway. I thought I was getting a great deal from SF to NYC on Virgin America last month, but just for the hell of it, I did a search for direct flights on kayak and found one for almost $100 less! Definitely one of my favorite places on the web.
Helpful (10)
Thank you
Ars Technica
“arstechnica.com is hands-down my favorite tech news...”
arstechnica.com is hands-down my favorite tech news site! Sure, at times it's bit over my head and the writing is more geared towards developers and uber-nerds, but I appreciate the scholastic writing style, and the fact that they take such pride in their savvy. They definitely do not dumb-down the prose for the common man.

Their reviews are so overcerebral they make me feel like I'm at a renaissance fair when I'm just trying to decide if an album sucks or not.

They think Animal Collective is the greatest thing to hit music since the Beatles.

They constantly use phrases like "Fleet Foxes are great, but their harmonics are derivative of early My Morning Jacket."

Actually what reminded me to post this was a new article I just came across that rated Amazon as the "most trusted brand in America:"

Nothing for me to exactly rave about, but I figured I should at least give them a shout out for doing great work.
Helpful (6)
Thank you

Ash hasn’t received any thanks yous.

Due to mix up in the system my food showed up on the wrong day. They were graceful enough to...

First time using these guys so I ordered pizza and It was delivered to the wrong address! Called...