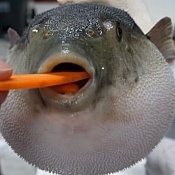 I'm Ando Pando, a cool guy who likes helping others.

I'm a person who posts honest reviews and doesn't overreact about a small mistake that the site owners had nothing to do with.

Thinking about my death.

A super fun website to use when you're looking for cars for the future! It is designed super well, and very easy to use. The prices on this website are pretty average, but thankfully the site tells me if anything is a bad deal.

Tip for consumers:
Check out the dealer before buying.

Isn't it just annoying to go out and find the size of your rims? Do you really want to do that? With Kaltire you have no reason to do that, you can just click "Shop Tires By Vehicle" and off you go!

Helpful (2)
Thank you
Instagram
“Outdated site design, owned by Markus Zuccerbugus, but other than that it's okay.”

Without Instagram, a trip to the restroom takes about 15 minutes.
With Instagram, you'll find yourself in the restroom sitting on the toilet for about 2 hours watching people have fun because you can't.
Viewing photos on Instagram is very fun, there's a lot of meme stealers who don't credit the original meme-makers on this site, and they should all be hung.
Some people like to post dog pics on here, and boy do I love the dogs, they're so $#*!ing FLUUUUUUUUUUUUUUUFFFFFFFFFFFFFFFFFFFYYYYYYYYYYYYYYYYY.

Tip for consumers:
Don't wire half of your retirement funds to some girl who wants to show you her tits.

The Xbox One is a great console, I do love that people fight over which is better, the PS4 or the Xbox One when they both run off of AMD's Jaguar. The game variety for the Xbox is amazing, I can play anything I want (Except for VR, that'd be nice to have VR come to Xbox.) racing games, shooters, but not any games like the Hyperdimension Neptunia stuff, but that's fine! Modders can be annoying, but after a quick report, they're gone!

I own an Xbox One S and I'm very happy with it, it's helped me meet some of my best friends and it also helped me find out what the hell was wrong with me.

Here, you will find Glen Quagmire's clones, the only reason people use this site is that they're horndogs or just annoying incels. Video chat is all fun and games until you find some kid wanting you to show your tits. Oh yeah, there's also a lot of disgusting pedophiles here, a LOT.

Helpful (3)
Thank you
Newegg CA
“Despite occasionally making me think of ending my own life, this site is awesome!”

This site is amazing, I constructed a nice streaming pc with it. Everything was in perfect condition until I buy a monitor. When I got it, there were the good old black oozes down the screen, power it on and BOOM, broken screen. I contacted the seller and nothing ever happened. I'd recommend using Newegg for computer parts, and phones, but not monitors.

Helpful (0)
Thank you
Cloakbrand.com
“Nice clothing, a bit on the pricy side but that's alright.”

You're watching one of Markiplier's videos, you hear him mention "cloakbrand.com", his voice has you interested in the website, you come to sitejabber, and search it. You are now here, reading my non-informative review. Buy the clothing.

Fun site, quick loading times, a lot of terrible ads, and a few genuinely nice ones. Do you want a 2002 Range Rover for under $5,000? Not the place to look for one. It's a great site, I don't understand why people hate it. It's not that the business is corrupt, it's the people who post their ads that are. You must be seriously crazy like Meleene J.
The site is fine.

Tip for consumers:
Here's a tip, avoid the sketchy ads.

Products used:
I bought my first car with no problems, some parts for a web browsing computer, and a vacuum.

Welcome to hanime.tv, a super cool website where you can jerk off to anime girls with no judgement. You can also download videos at super insane speeds with no viruses!

Apple, the most popular cellphone brand has let me down. You pay $700+ for a phone that won't let you turn down the volume before watching a video when you could get a phone with the same amount of memory and ram for like $350, with the same camera quality. The price for the new Mac Pro is absurd, just get a thread ripper, thread ripper compatible motherboard, and a 2080ti, it'll be cheaper and better.

I will not leave anything for the iMacs or Mac Pro, since I have only barely touched the iMac, and haven't seen the Mac Pro.

Helpful (0)
Thank you
Amazon
“It's very fun to search up DDR4 desktop ram and get results for fake breasts for transgender men.”

You can get great deals on amazon, that's it. There's nothing else good about this site. If you have a computer with under 32gb of memory, and typical internet, this will be the slowest website EVER. It also really helps to use this site in case your social anxiety is that bad to where you can't even stand when the cashier says "Would you like a receipt?"

Helpful (0)
Thank you
Emerald Chat
“Have you ever wondered what putting boiling water in your anus is like?”

Ando hasn’t received any thanks yous.

Ando doesn’t have any fans yet.

Ando isn’t following anybody yet.

Good layout and choices to narrow down your search. As always buyer beware!

Turbomedia gives free followers and they are authentic. They are the best and i felt really safe...