2 reviews with 2 stars
Back to all reviews »

Gary H.
1 review 3 helpful votes
“Update on review”
9/2/19
2/09/19 In fairness I advise I was eventually contacted by OPODO. They did correct all errors correctly and apologised. However the fact that this took nearly a month still does nothing to provide confidence to use them again.
“NEVER RECOMMEND”
8/14/19
Non existent Customer Service
Made booking of 2 flights through OPODO. When the tickets came through had a spurious email that was not representative of my email on only one of the tickets. Also Airlines were different on itinerary. 5 email and nearly 15 days later still no response to my request for rectification.. Not a big deal I think but indicative of the ridiculously poor service this agency offers.
I am disappointed I did not see these reviews previously. Don't walk away from this company.. RUN! 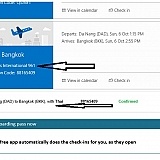 Thomas L.
2 reviews 5 helpful votes
“Booking confirmation discrepancy”
7/20/15
Opodo now provides a rubbish service all round. We strongly urge you to book your air tickets elsewhere, directly with the airline if possible, which you now can in the case of Air Europa, the airline my wife and I always use to go to Madrid.
Since we last booked our flights through Opodo, they've changed their online check-in pages and, in the process, mended what wasn't broken and broken something which worked OK, with the result that the new system is more time-consuming and complicated than the old one, certainly in the way you choose your preferred airline (if you want to travel with only one and not opt for two or more carriers). You can't delete all the unwanted airlines in the same operation, but instead, each time you delete from the list an airline you don't want to travel with, the page shoots back up to the top and you have to scroll all the way down again to delete another one, and so on until you're left with the airline you want
However, that's a minor issue compared to two other time-consuming and irritating problems we've just had with them:
The first issue was with the flight booking confirmations they sent us. My wife received three documents which correctly detailed outbound flight / inbound flight / outbound+inbound flights with correct return air fare price), but I was sent only two. One of them correctly detailed the outbound+inbound flights and correct return air fare price I actually paid with my bank card, but the other detailed the outbound flight only and also showed an air fare price for an outbound flight only, which was obviously different to and less than the price for the return flight). This issue may, but should not have arisen partly because, unlike the old system, which allowed us to check in under one booking even when we were travelling out together on the same date but coming back separately on different dates (as we are this time), the new system didn't seem to allow us to do that, and we had to check in under two separate bookings.
The second issue arose because I was obviously a little concerned that I might be booked on only the outbound flight (even though one of my two flight booking confirmations showed that I was booked on both the outbound and inbound flights and showed the correct return air fare) and accordingly phoned Opodo's helpline.
The last time I phoned Opodo (about changing a flight, as I recall), I spoke to someone in the UK with an English accent and the matter was dealt with little hassle. This time, after I was kept in a queue for some time having to listen to an irritating jingle over and over again before someone attended my call, it soon became quite apparent that he was a part of a call centre somewhere in India, not that I necessarily object to dealing on the telephone with somebody in India, or anywhere else overseas. What I do object to is having to talk over a poor line (with a slight time lag) to someone who, like this chap, not only has clearly limited English, a very strong accent and talks too fast (gabbling whole sentences one after the other I could hardly understood a word of), but is also unable to understand me properly, even when I speak as clearly and slowly as possible. As an example, I had to repeat my booking reference number over and over again. When I said the number "eight" (making sure I sounded the t' at the end) he repeatedly understood it as the letter A'.

Tip for consumers: Don't use Opodo! Book your air tickets elsewhere, directly with the airline if possible.

Helpful answer 2
Votes Thanks for voting! Not as helpful
Question:
Has anyone actually got there money back from these thieving scamming Fraudsters??
Answer:

Guys, it would only cost you about £40 to take them to small claims court. Dont just take the loss, these people need to be held to account. Id also contact Rip Off Britain to get a programme made about their tactics

By Heth E. on 6/27/18
See all answers (8)
Helpful answer 1
Vote Thanks for voting! Not as helpful
Question:
How do I make a complaint
Answer:

You can complain all you like but once they have your money they dont give a tinkers cuss. Best form of complaint is social media like this site and face book.

By Christopher F. on 1/15/16
See all answers (1)
Helpful answer 0
Votes Thanks for voting! Not as helpful
Question:
How can I change my flight ?! Is there a post office or telephone? But I'm not in Britain
Answer:

Hi Anastasia. Our apologies for the delay to respond. Yes you can give us a call from anywhere on +34 934 920 533 or you can provide us your booking reference and a short message via this link at the end of this message and we would be happy to look into the matter. https://tinyurl.com/ka77d8u James Customer Care

By Opodo I., Opodo Representative on 9/13/17
See all answers (2)
Helpful answer 0
Votes Thanks for voting! Not as helpful
Question:
Hi we have booked a ticket recently and charged twice for it. Is this a fraud website. We didn't get a proper response from customer care till now and left in soup
Answer:

Hi Antony. Our apologies for the delay to respond. We are sorry to have read about your customer experience. Please provide us your booking reference and a short message via this link at the end of this message and we would be happy to look into your concerns. https://tinyurl.com/ka77d8u James Customer Care

By Opodo I., Opodo Representative on 9/13/17
See all answers (2)
Helpful answer 0
Votes Thanks for voting! Not as helpful
Question:
Hello, I am seeing a lot of bad reports here. What guarantee do I have that my flights are 100% booked
Answer:

Hi Darrel, Thank you for your question. If you already have an existing booking, please send us your query via the following link: https://socialcare.opodo.com/en/support/login One of our agents will look into your reservation and advise you accordingly. Kind Regards, Amy - Customer Care

By Opodo I., Opodo Representative on 12/3/18
See all answers (1)
Helpful answer 0
Votes Thanks for voting! Not as helpful
Question:
I paid extra for the cancel for any reason guarantee. Now I have to cancel but the number provided +1 (929) 251 9221 is always busy. How can I cancel?
Answer:

Hello Saleh, Can you please send us your booking reference using the link below so we can look into this further for you: https://tinyurl.com/ka77d8u Best regards, Christos - Customer care.

By Opodo I., Opodo Representative on 7/17/18
See all answers (1)
Helpful answer 0
Votes Thanks for voting! Not as helpful
Question:
I been trying for 3 weeks to get hold of them.My tickets has no baggage .I need baggage
Answer:

Hello Glenda, Can you please send us your booking reference using the link below so we can look into this further for you: https://tinyurl.com/ka77d8u Best regards, Christos - Customer care.

By Opodo I., Opodo Representative on 7/17/18
See all answers (1)
Helpful answer 0
Votes Thanks for voting! Not as helpful
Question:
Why no people on email? At present my emails are answered bots which don't have recollection of previous mails which is time wasting and expensive.
Answer:

Hello Sue, Can you please send us your booking reference using the link below so we can assist further: https://tinyurl.com/ka77d8u Best regards, Christos - Customer care.

By Opodo I., Opodo Representative on 7/17/18
See all answers (1)
Helpful answer 0
Votes Thanks for voting! Not as helpful
Question:
I am very concerned about my booking. I am flying tomorrow morning and the reference number I have been given doesn't work on airlines mobile check.
Answer:

Hello Andrea, Can you please send us your booking reference using the link below so we can look into this further for you: https://tinyurl.com/ka77d8u Best regards, Christos - Customer care.

By Opodo I., Opodo Representative on 7/17/18
See all answers (1)
Helpful answer 0
Votes Thanks for voting! Not as helpful
Question:
i have not had confirmation of my flight booking reference 3557181065. Can you please advise?
Answer:

Hello Kayleigh, We can see that your query was already answered through the call centre. If you have any further queries, please feel free to contact us. Best regards, Christos - Customer care.

About Opodo (from the business)

Did You Find This Page Useful? 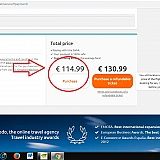 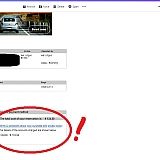 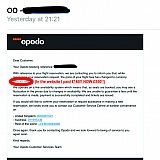 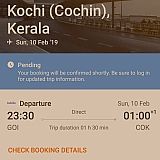 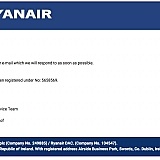 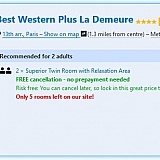 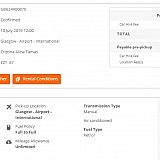 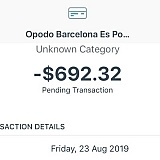 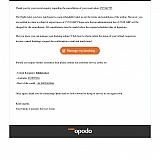