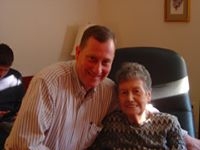 Stanley Steemer
“Don't waste your time with these guys”
I obtained a quote online for work. I scheduled the work to be done on a Saturday between 2 and 5. At 4, I called to make sure that they were coming. I was told by the operator that I was next on the list At 4:30, I got a text message that my team, headed by John Ying, would be there at 5:40. At 6, they had not yet arrived and I called dispatch again. This time, I was told that the job was cancelled as they went to the door and rung the bell, but no one answered. No way that could happen as I was looking outside from 5:30 on and it is an apartment. They could not have gotten to the front door. So, I suspect that they didn't want to start a job so late on a Saturday and they just put that excuse into their system. I rescheduled for Monday at the same time and asked to have a manager call me. On Sunday, I went to Lowe's and rented a machine to do the same work as I had contracted with SS. I did it for $300 less. Still waiting for a call from management. Now, I will never use Stanley Steemer again. Better to use a local guy!
Helpful (0)
Thank you
Samsung
“Do Not Buy Samsung Refrigerators”
I bought a Samsung refrigerator 9 years ago. Shortly after purchase, we experienced water overflowing from the condenser fins into the crisper bins, freezing and ruining the food. I googled the problem online and tried to fix it, but it appears there is no fix and it is a Samsuck design flaw. That is the first problem.

Periodically, I defrosted the fridge to clear out the condenser and things are good for a while. My wife complained again and I said I was going to bring in a repairman and fix it or buy a new fridge. I called several repairman who heard my problem and it was a Samsung and they would not come to fix it. Ugh. So, I engaged Samsung to come out and fix it. Through an online chat box, I scheduled a repair visit. On the day, no one showed, so I contacted Samsung again. I went through voice prompt hell and kept getting transferred from one group to another. After an hour, I finally got hold of someone on a chat box that told me they could not repair my fridge, so they cancelled my appointment (without telling me) and they had put in a new ticket to consider providing me a replacement fridge. Sweet! 6 hours later, they called me to say my fridge was too old for them to replace and that I was not going to get a replacement. Duh, you knew how old it was because I registered it online for warranty purposes.

Admittedly, I was skeptical when the rep told me I might be getting a new fridge. But the way they handled the whole repair / replacement process was exceedingly poor and frustrating. I am now in process of replacing this fridge with a Maytag which, by the way, was the fridge we had before and that lasted 22 years. Good bye Samsuck forever.
Helpful (0)
Thank you
Synchrony
“Customer service don't know what they're doing”
Synchrony is a bank that issues private label credit cards. I applied for a Lowe's credit card online and was rejected because they couldn't get a credit report on me. I forgot that I locked them down to prevent fraud. So, I reapplied and got an automatic reply that I was rejected again because I reapplied too soon. So, I called customer service and was told to reapply online and then call customer service back. I did that and the rep I spoke to told me I was denied again but she wouldn't tell me. A few days later, I got an automated reply that I had reapplied too soon. So, I am done with them. I would also suggest NEVER getting a credit card from a retailer that promises a big discount on your first purchase. The bank behind that card is likely Synchrony. It just isn't worth it.
Helpful (0)
Thank you
Middletown Honda
“Ripped off and nobody cared”
I bought a 2nd key fob online because they are less expensive than buying from the dealer. However, you need to have key synced to the car by the dealer. I brought the car to Middletown Honda to do that. They told me that they could not sync the key because it was not an OEM (original equipment manufacturer) key fob. That is not true as I learned. But they had an OEM key fob in stock to sell to me at a cost of nearly $100. The one I bought online was $40. They tried to sync the OEM key and they could not get it to work. They then told me that the problem was in the "immobilizer"in the steering column. That part was $130 or so plus labor of another $150 to install. And they could not guarantee that that would solve the problem. So, I am now looking at a bill of $280 + the new fob of $100 for a total of $380 with no guaranteed soluton. I opted to stop the work at that point and leave things as they were. But I was now stuck with their key fob that didn't work because they had already cut the key and a $200 bill for the key fob and their labor.

They then had the nerve to send me a survey which I completed and complained about the mistakes. I would have been satisfied if they took their fob back and did not charge me for it (I would have paid their labor charge.). I would have been slightly less dissatisfied if they had given me a coupon off for future service. Instead, I got no reply to the survey from anyone at Middletown Honda and I am stuck with a useless key fob. I will NEVER take any car I have to these guys again.
Helpful (0)
Thank you
CabinetParts
“Prompt advice and perfect fit.”
I was looking for replacement hinges for my kitchen cabinets. The hinge was no longer made by the manufacturer. I went to the cabinetparts.com website and followed the directions on the video to send them pics of the hinge. Scott was the rep who got back to me with a suitable replacement in less than an hour. I ordered the hinges and received them in a week. Perfect fit!
Helpful (0)
Thank you
Sitiomalls.xyz
“Do not buy anything from this site”
I ordered some difficult to find kitchen cabinet hinges from this site. I believe they are based in China. They immediately charged my credit card. I tried to contact them 3 times after they confirmed my purchase for delivery times. I got no response from customer service, so I cancelled the order and put in a dispute with my bank that issued my credit card. This could be a potential scam website.
Helpful (0)
Thank you
Rebound Medical
“Watch out for these”
This is a medical device company. My wife is having foot surgery and the doctor gave my wife's contact info to them to sell us equipment for her post operative treatment. They called and left a message every day and said that the doctor "prescribed" the equipment. When my wife finally connected with them, they admitted that the doctor did not prescribe the equipment. They also told us that insurance would not cover the equipment. By the way, it was a device that alleges to reduce the swelling. When my wife declined to purchase, they offered a free 30 day trial. They were obnoxiously persistent. The doctor is going to hear about this as as well since he violated HIPAA confidentiality rules by sharing my wife's condition without her permission.
Helpful (7)
Thank you
Partsgeeks
“Be specific in your order”
I just bought a replacement mirror from partsgeek.com. They have competitive prices - best I found on the web. But I ordered the wrong part. The mirror needed to be for a sedan not a coupe. I ordered the coupe version which, of course, did not fit. I am returning and reordered the correct part. The point of my 3 star rating and title of my review is that the description did not include the "coupe" or "sedan" distinction until the very end and it is in small print. So, my bad for not checking and double checking. Also, since this was not an OEM part, they do not use the manufacturers part number. They have their own SKU which creates some confusion. But they are the cheapest by far. The mirror I am now getting is $26 vs $60-$90 on some other sites and as much as $200 from a dealer site.
Helpful (0)
Thank you
Bigredboxdumpsterrental
“Watch your charges carefully”
This is a national dispatcher of dumpsters for rental. I have used them 3 times. They are a little pricey. I did some online checking on what rentals cost in my area and they were significantly higher. My reason for using them is that they are reliable in getting the dumpster to the site when you need it. Once you have filled the dumpster and want to get rid of it, make sure that you call them to tell them it was picked up and make them confirm that. On my recent rental, I did call them but they told me that it was not necessary. Two weeks later, I got a credit charge for extra days that I "kept" the dumpster. I called them to tell them otherwise and they took a week to get back to me and to resolve the matter. Also, I recommend that you take a picture of the dumpster as it is being taken away to prove whether you've exceeded the height and when it was taken. They can charge for that and for being overweight. Of course, you can't determine weight, so for that, you'll have to take their word.
Helpful (0)
Thank you
FitBit
“Poor product design”
I have bought the original Fitbit (Flex 2) and the Charge HR. The band on the original broke repeatedly and so I moved up to the Charge HR. The band on that, too, fell apart. In addition, the unit stopped charging. I am not buying any more Fitbits. There are other products out there that have better longevity.
Helpful (1)
Thank you

We're sorry to hear about your experience with Fitbit. So we can see what we can do to turn your experience around, please reach out to us at contact.fitbit.com. We'll continue assisting you from there.

All the best,
Fitbit Support
Gazelle
“Beware of selling to Gazelle”
I sold my iPhone 5c. Very smooth process in getting prepaid box. However, my iPhone was in perfect condition. However when received by Gazelle, they claimed it had scratches and reduced the offer from $40 to $25. You can opt not to sell but who wants it back once you've sent it in. It's like working with a used car salesman! Buyer be ware!
Helpful (1)
Thank you

Tony hasn’t received any thanks yous.

Tony isn’t following anybody yet.

We first used Stanley Steemer and were happy with the service. We bought one of their 12 month...

So you thought we moved on from the stereotype "used car salesman". Well, meet the gents from...