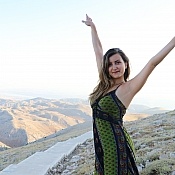 TBdress
“IT'S A HUGE SCAM! DON'T WASTE YOUR MONEY”
Although their website looked pretty shady, I took a chance and I ordered a shirt from TBdress anyway. One month after I purchased the item they finally got back to one of my emails asking about the shipment and provided me a FAKE tracking number. It turned out the item was never shipped and they do not refund people. It's a HUGE scam, they are thieves just like many other Chinese originated websites. Don't waste your money on these scumbags!
Helpful (16)
Thank you
Instacart
“Nobody showed up, they are thieves”
They are thieves. My order never showed up, nobody responded my text messages. I shouldn't have trusted this app in the first place.
Avoid.
Helpful (2)
Thank you
Wayfair
“Excellent customer service, amazing items!”
I am surprised to see the bad reviews on this website. I have purchased almost all items in my new house from Wayfair and they are really good! I even needed to change my dining chairs and their customer service was the best in the US! They replaced the chairs with no additional cost and made sure the process was easy on me. I'll definitely keep shopping with them!
Helpful (2)
Thank you
Fabletics
“THEY ARE THIEVES!”
I bought two pairs of leggings for $24 and received them, but the next month I realized they took another $44 out of my account without my permission. When I called them, their customer service was awful since they insisted on informing me about their membership program which I never signed up for but they probably made me a member of during my purchase without asking me for my permission. I made them refund the money but this time they wanted to keep the membership thing for the following months. I had to fight over the cancellation of it on the phone for half an hour so they finally cancelled and never took the money again. The guy on the phone was still trying to tell me the pros of the membership program when I was going crazy over what they did. They are just thieves and Kate Hudson should be ashamed of being a part of such a company that has no ethics.
Helpful (17)
Thank you

We apologize for any inconvenience and will use your feedback to improve our products and services. We strive for 100% satisfaction, so a representative from our member service team will reach out to you within 48 hours to help resolve any concerns you have.

Ece hasn’t received any thanks yous.

Ece doesn’t have any fans yet.

Ece isn’t following anybody yet.

I made a purchase the beginning of April. I ordered 4 items, received only 1 of the 4. I have...

I purchased a wedding dress and ordered the size based on my measurements. When I received it the...