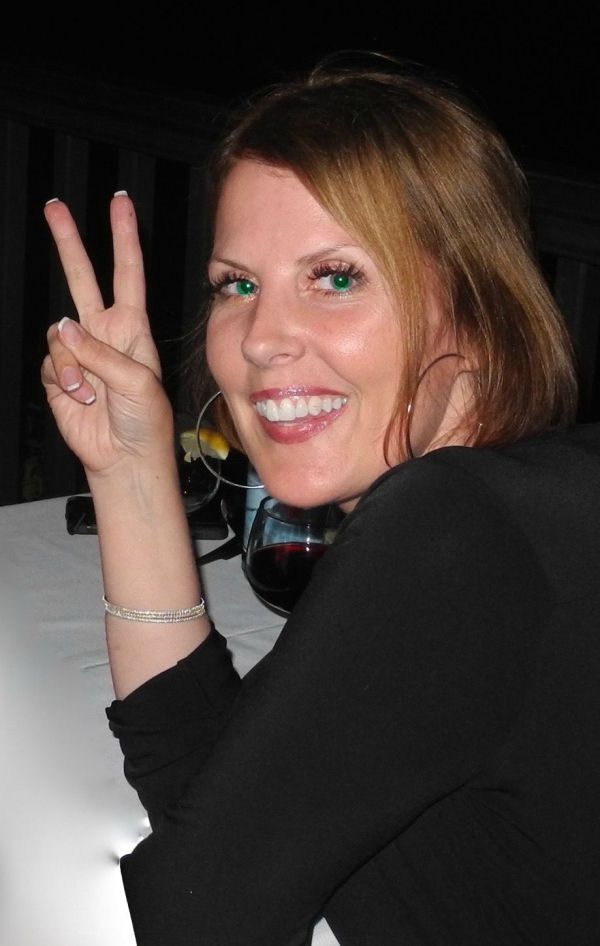 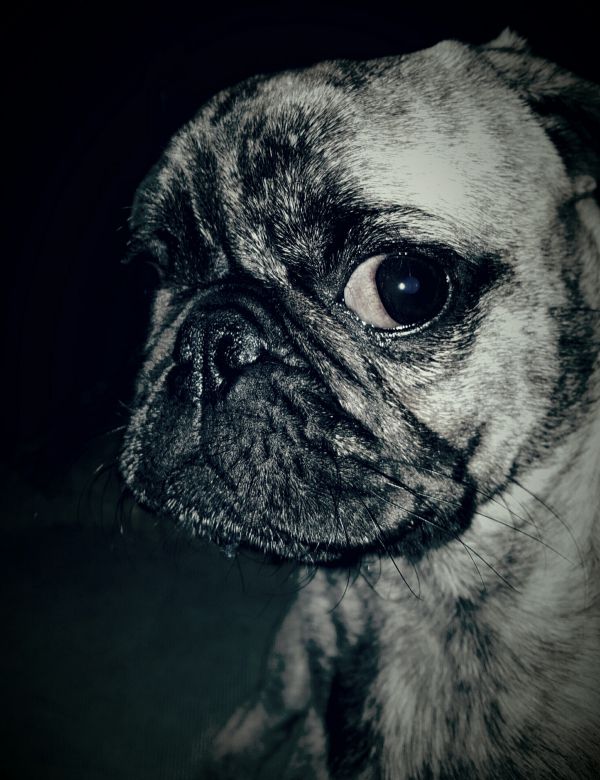 Everything was packed and they still managed to lose and damage SO much and take absolutely no responsibility. They actually admitted to finding a large basket full of designer handbags and have refused to send them to me, they also admitted that a customer at another location walked on to the truck and took something that belonged to me. In addition, they gave me a quote and once they loaded all my belongings on their truck, the price doubled.

Nicole H., the sales rep, hung up on me and stopped returning my calls and returning my emails. She finally answered my call just recently and told me she no longer works for Mars, however, I had a friend of mine call to schedule a move and Nicole booked the job. Nicole H. is a liar and truly represents the integrity of this company.

I have reported them to the BBB, the NYS Office of the Attorney General, the FMCSA, and filed a police report. If you have been a victim of this company, report them as well! Moving in itself is stressful enough without a moving company treating you like this.

Approximately, 80 percent of consumers who were unhappy with a company interaction stopped patronizing that business, warned others to stay away, or shared negative feedback with the company directly and in online reviews. They are stealing from people and eventually after the police reports, and reports to the NYS AG, these people will be arrested. When looking for a moving company, you can always check their DOT# and get more info as this company was able to manipulate their reviews. Their info is: USDOT 2968914
Helpful (0)
Thank you
CornerCandleStore
“There's a quaint little town with a quaint little store.”
This store is so amazing with the most adorable trinkets, cards, candles, etc. It's a very quaint shop and customer service is top notch. I'm a big fan!
Helpful (0)
Thank you
California Pizza Kitchen
“Great pizza from a chain!”
Great little spot for pizza and other selections on the menu. They have a fantastic array of Sangria and the service is always fantastic.
Helpful (1)
Thank you
BoorificCostumesForDogs
“The first step in exceeding your customer's expectations is to know those expectations.”
I ordered a Halloween costume for my dog almost a month ago; sure they took my money, however, have not responded to a single message among the many that I've sent. I've escalated a dispute to get my money back and unfortunately, didn't use PayPal, therefore, my debit card had to be canceled. However, my bank is across the street and will have a new one within an hour. Customers are like teeth. Ignore them and they'll go away. This company also goes by the name Peaches Pumpernickel LLC and the phone number listed on my banking statement is out of service. STAY AWAY!
Helpful (0)
Thank you
La Quinta
“I won't complain. I just won't come back.”
I booked a hotel room for this weekend to go to the Roger Williams Zoo to see the Pumpkin Spectacular, which is amazing, by the way. I called to add an additional night, only to be told the reservation was canceled. I have stayed here for the past few years on this specific occasion and am absolutely disgusted that not only was my reservation canceled, there are no rooms available and every hotel in Rhode Island is basically sold out due to an event at Brown University.
Helpful (0)
Thank you
H2so.org
“Memoirs of a Con Man!”
I'm not sure what these other reviews are referring to when they speak of freebies, however, I entered into a contract with the owner of this business, Andrew Whitfield, to produce a book for me and paid him "in full' up front, whereas he was supposed to deposit the funds into an escrow account. I paid him in two installments within days of each other and after that, he literally disappeared. He missed deadlines, refused to take my calls, disregarded emails, texts, etc. This man has a serious sense of entitlement. After giving him over 2 months of missing the agreed upon deadline, I finally escalated a dispute via PayPal and then ultimately a chargeback with my credit card company. He still tried to fight me on that and offered me a $400 refund in good faith. I continued to show the evidence I had, which he had none and ultimately truth prevailed and the outcome was in my favor. During the course of the last few weeks, I found out that he has done the same to several other clients, his website is now down and the walls are crumbling down around him. I have all the supporting evidence. Customer service is important and key to growing a business! Perhaps you should read your own book, Mr. Whitfield, there's a particular section in there about being honest and I don't think you have an honest bone in your body!
Helpful (3)
Thank you
AmericanKennels
“American Kennels? No... American Puppy Mills!”
On the American Kennels website, it reads: "We at American Kennels believe that we are only as strong as the health of our pets and the happiness of our clients." That is a fabricated lie. My initial feeling when I first bought my pug 2 years ago was insensitivity and greed from this overpriced pet shop that deals with puppy mills. I had to put my 13 year-old pug to sleep and stopped in there and bought a new pug on a whim; my 2 year old Pug died in April. Cody died from necrotizing meningoencephalitis (NME), also known as Pug Dog Encephalitis (PDE). PDE tends to strike Pugs who are closely related (e.g., littermates) and many veterinarians suspect that it is hereditary and immune-mediated. They continue to use the very same breeder for their Pugs, so if you are considering purchasing a Pug, I suggest you go elsewhere. I went into the shop the day after my dog died at the Animal Medical Center on 62nd Street and told the Manager, what happened. He stared at me blankly, with NOT an ounce of sympathy or compassion. Although I was given a 'Lifetime' guarantee (which is 25% off of the price I paid for Cody), I was told that they had no pugs, do not expect any in the foreseeable future and was offered a call should a Pug dog become pregnant. I would not wish what I went through on anyone and the manager does not belong working with animals or people.

Not surprisingly, American Kennels is on the Humane Society list in Manhattan with shady breeder (puppy mill) information. It just so happens that Cody's breeder is from Missouri and apparently from one of the worst puppy mills in Missouri and the country for that matter!

Stay away from this shop! They don't care about animals and they certainly do not care about their customers.
Helpful (1)
Thank you
ThomasKeller
“Fantastic!”
Exceptional attention to detail. Amazing food, but this was not just a meal, it was an experience. New York has many top tier restaurants, but this is a favorite. Definitely worth the price and we'll be back. If you can't get a reservation don't give up, it will be worth it when you eventually get in!
Helpful (0)
Thank you
Victors Cafe
“Cuba in Timesquare...”
Victor's Cafe has been serving authentic Cuban cuisine in New York City's Theater District since 1963. Stop by for a pre-show meal. The food is spectacular and the staff is extremely attentive. Don't forget to pair your food with a Mojito!
Helpful (0)
Thank you
Moravian Florist
“Floral Fantabulous!”
This is touted as one of the largest flower shops in Staten Island that is family owned and operated since 1927. They do wonderful gift baskets and have all types of gifts and trinkets all over the shop; I absolutely just love browsing in it, you can get lost in the tranquility.

I have been quite happy with arrangements I've received from Moravian.
Helpful (0)
Thank you
PoshPuppyBoutique
“Posh... I think not!”
I was deeply disturbed in dealing with this 'boutique'. I ordered a Halloween Costume online and only moments after, saw the exact same costume on two different websites for half the price. I immediately contacted them via email to let them know I wanted to cancel my order and was ignored. I subsequently sent two more emails only to be met with a shipping confirmation and a request to 'Yelp' them. This is where I wrote back and they finally responded. They are hiding behind their store policy. The problem with stores that have tough return policies is that the customer service, nor the product, met my expectations. It's the retailer's job to ensure that every consumer touchpoint lives up to the promise of a store's image. A lack of negative language (or lack thereof) avoids establishing an adversarial tone in the conversation, keeping the customer happier and more engaged.

I advised them I was going to refuse the package and they threatened to send it right back to me. I have emails where I went back and forth with this store and they were quite unpleasant. It finally escalated to the point that I no longer wanted to deal with them. I then proceeded to research reviews on this shop; they had countless poor customer service reviews, here on Yelp and other sites. They are also not BBB accredited with 8 complaints against them. I waited until the package was delivered, refused it, and then began my dispute with PayPal. Once the package was tracked as 'delivered' to Posh Puppy Boutique, I was refunded my money via PayPal. I would never order anything from this shop again and I would never suggest them to a friend or foe. There's plenty of 'pet boutiques' that do not have a ridiculous policy and actually are customer service-oriented.
Helpful (1)
Thank you

Caroline hasn’t received any thanks yous.

Caroline doesn’t have any fans yet.

Caroline isn’t following anybody yet.

I have used thumbtack as a pro for two different home improvement companies i manage. I have a...