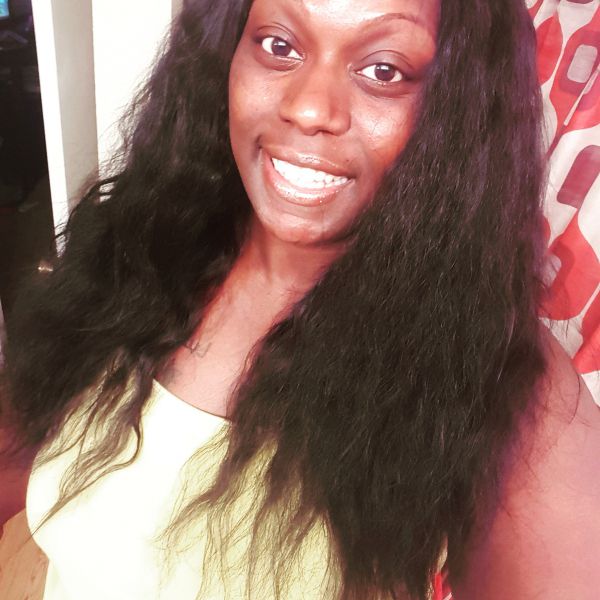 Rentapartments.com
“Briargrove at vail dallas is the WORST”
Update: its been over a month, and my window is still NOT fixed. They have NO sense of urgency when it comes to fixing things. I swear every since steve and kelly came, the apartments are going down hill. They always want to go the cheaper route for them , no matter how much of an inconvenience it is for the residents. I hate i even signed a lease. Im NEVER late so why am i having soool many issues with them. Flies keep flying in my apartment and i have no way to stop it. I bet they even lied about ordering the window. Wouldn't take this long if it was managers that actually care about EVERY tenant!!! I soooooo miss JEN and Tara, they treated EVERYONE like family!!

My daughter spoke to Kelly twice today, and kelly just looked at her. Kelly was glad to hold a WHOLE conversation with this Mexican guy but, wouldnt even speak to my 4 year old. I really hate Kelly's attitude and ways. Christina is awesome tho. These apartments are entirely too much, and when something needs to be fix it takes entirely too long. I called in about my window 3 weeks ago, and still NOTHING. I have all kinds of bugs in my home, and i mentioned this ti kelly and u can tell she doesnt care! They ONLY want your money and they dont care about us! I hate they changed management because they were sooo nice. They are changing their hours, NOT for the CUSTOMERS, but for them . They come in later and leave the same time instead of leaving later. They MAKE us pay for valet that hardly ever picks up. They never pick up on any holidays, and they even make their own holidays so they dont have to pick up. They always changing for the WORST! Christina is AWESOME!!!!
Helpful (1)
Thank you
Uber
“Horrible customer service”
Uber is the worst, they charge for everything. They allow their drivers to say that they are at the destination so that the customer is charged a waiting fee. I was literally waiting on the driver outside for 7 minutes because he was at the wrong complex and i get charged a waiting fee. To top it off uber allows their drivers to text and drive. I sent the pics to uber, and they stated that it is not a cause to be alarmed. I have more, but it keeps freezing when i upload more pics. Alot of the uber drivers are rude and uber doesnt care. Uber only wants your money

Helpful (1)
Thank you
Urban Skin Rx
“Thieves”
I have placed several orders with them, but this last order they want to charge me for products they purposely didn't send!!!! Customer service is horrible!!!!
Helpful (0)
Thank you
Bank of America
“Horrible customer service”
Bank of America has HORRIBLE customer service, and it's EVERYONE in the company (managers and all)!!! This bank ONLY wants your money, and doesn't care about anything else. I've called the back at least 50 times for the same issue, because they REFUSED to resolve it!! If you don't want to be ripped off, go to another bank.
Helpful (0)
Thank you
Portrait Innovations
“Horrible customer service”
Update: I decided to give them another chance, ONLY because it was my daughters birthday!!! BAD mistake!!! I had an appointment for 3:40 on September 22, so I called to sweet if we were able to come in early. The person on the phone acted as if she just got done getting high because every time I said ANYTHING she interrupted me and said something that didny answer my questions. When I asked about her response, she responded " that is because I couldn't hear you!" U can't hear anyone if u keep talking over them! I asked if the photographer is going to be energetic and she said probably not! I actually repeated what she said and she said that's not what she meant! She sounded high and drunk , but I'm not surprised that she works there. I asked to speak with someone else and Jordan(the racist manager) got on the phone! I first told her I called to see of there was an earlier available time., but then I asked of the photographers were going to be energetic. She immediately interrupted and said u can come in at 2:40 but that's the earliest. The WHOLE time she was on the phone she was being rude, and she even lied and said that I called the first person a retarded idiot (which I didnt say nor think, I thought she was on something but NEVER said it) . I told her that she was lying and Joradan said that we dont deal with hostile BLACK people so we are cancelling your appointment. I told her if because I hate the customer service and there is NO way I wanted to spend $500 at a place that doesn't welcome black people. She then put this ratchet person on the phone, and the person said that they didnt work there and that they were a customer! I didn't understand anything the ratchet said , but u need to get off this damn phone and hung up. I called back to get the name for the review and NOW all of a sudden they cant give out any information. They could put that ratchet thang on the phone , and give out my information though.

Update: came to take my baby some more pics and Christina was horrible. She didn't get any good shots and the whole time she was talking on the phone. I advised her that she could get some shots if she wasn't on the phone and her response was she needed to fins someone to work with her the next day. I was sooo pissed because her fat , sloppy ass didn't get any good pics and she got mad at my daughter because she wanted to do her own thing and not be boring like her. She said she only knows how to take pics where the people does as she says. My daughter smile a couple times but she didnt get the shot because she was too busy on the phone. On top of all that she printed out the wrong pics and I came back but the DUMB store manager, neicy, was extremely rude and told me she didn't Care . she said she wasn't doing nothing and to call the customer service number .
Update!!!! We came and took V-day pics here because everyone else was booked. We scheduled an appointment for 12:20 and we checked in at 12:02. There were people just sitting around and at 12:45 the photography MYA tells me that the are waiting on someone who had an appointment before me. If they wanted their appointment they would have came on time. I'm guessing certain people are priority over others. Mya has rude customer service and its like she didn't want to take our pics. She kept walking off and not telling us why. I asked her why is she keep walking off while we are trying to take pics and the only thing she can say is I've been nice to y'all this whole session. My baby finally started to get sleepy and she said well your baby isnt cooperating. She's a baby and u kept us waiting !!! Mya went to the back and never came back to the front and someone else came and helped us pick out the pictures at 3:27. They really need to get rid of people that don't have customer service. There is one guy in there that is awesome and is ALWAYS a pleasure talking to him every time we come in. I think his name is Jeremy and if I come back that's who I want taking our pics. I dont think MYA likes black people!

First, I want to offer my sincerest apologies to you for the issue.

The standard delivery time of Flat Rate Shipping will be around 10-25 business days after dispatch, but there are some external factors which may cause some delay.
We have taken care of your complaint and offered a resolution via the ticket center.
Could you please check your Rosegal account and answer to us ?

Thank you very much for your cooperation.

Betty hasn’t received any thanks yous.

Betty doesn’t have any fans yet.

Betty isn’t following anybody yet.

I have been a driver with Uber for 5 years. They owe me money and refuse to pay me. They are...

1) most times I have been with friends trying to get an Uber and several drivers accept and then...