Is this your business?
38 reviews
Write a Review Ask a Question Share

38 Reviews From Our Community

Start your review of Ic3.gov

Diane C.
1 review 9 helpful votes
“Clueless”
1/28/17
I have been pervasively hacked for 5+ years now and know the perpetrator. I was unable to even complete the form online as he had control of my hardware. I did get a reply e-mail with a case number when he felt like letting it through. Can't communicate excess through hacked networks so what was point as couldn't submit evidence, get status and nothing ever done. Ruined my life and is very sophisticated that I was told they should be interested but no. Talked to EFF as he started to make it look like I was engaging iin illegal acts, they said that is common. You allowed my life to be destroyed. Now I want to make a FOIA Request.

Tim K.
1 review 12 helpful votes
“Horrible site”
11/12/16
You might as well not waste your time complaining to the sites. My family and I found out our mother was scammed out of her life savings of $200,000 and I went onto the sites to write a complaint almost one year ago. All you do is you get an automated email saying that they received it in the appropriate person Will be contacted and then you never hear from them again. I needed to go onto the updates of the complaint so that I could print it out for mom's tax attorney and the link they sent me does not work. This is absolutely useless websites in a poor excuse for a government intervention. If you don't have a terrorist threat to report then they're not interested in your complaints at all. It will be a complete waste of your time so I wouldn't even bother with the FBI. It's just useless and uncalled for. This division needs to be completely eliminated try and find somebody who actually cares and will actually do something to help.

Phyllis F.
1 review 6 helpful votes
“Not good”
8/30/16
Filled out complaint the date wouldn't enter so would not send it. No number to call.

Emmylou R.
7 reviews 29 helpful votes
“Useless Agency Does Nothing with Evidence of Illegal Complaint Submitted”
7/22/16
Submitted complaint got no confirmation email no confirmation case number no password or link to check status.

What these employees get paid for a job to do nothing and with my assumption here based on my complaint and not legal response received required they send to me they pick and choose who they want to file a complaint against. What a job to work get paid and not do the job. Who cares right?

Loren K.
1 review 9 helpful votes
“Completely useless, a waste of time!”
4/19/16
I submitted a fraud complaint to ic3.gov and received a reply email (from *****@ic3.com) with my complaint ID and password. This is the only time I was ever contacted and I had no email address or phone number to contact them. I periodically logged in to see the status of my case. My status never changed for a year. Then my case just disappeared. There was no case with that Complaint ID.

My "case" went to a government "Black Hole"!

even if the site is down by FBI it would still be fair to get the money back from sites like this instead of just taking the site down... that alone does not over all complete the solution to the situation. their are still angry people that got scammed and want their money back please fix this.

i dont know if its real of just another scam, this is the second complaint i gave them in the the past 5 years and nothing was done about the last one. i think this ic3 is total fake just like anonymous not real. i cant even find them for help and they claim to be a hacktivist group for stuff like cyber crime revenge ect ...well i need help where are they? not helping just like this ic3 who give you 1 reply saying this is the only contact basically, then you dont know if anything is even being done. i recalled the cyber crime investigations department and they told me if ic3 does not recontact you it may not be for the fbi... well if not the people who fame all over the internet spamming that they can help you cant help you, what the hell kinda country am i living in?................ its all fake bad guys win and its looking to be more profitable to be the robber than the victim just saying....not like i can really know or anything since theirs no contact from ic3 or the fbi or anything....Horrible ..Horrible ...shaking my head.. 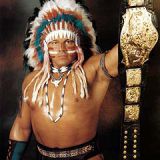 Tip for consumers: Report any crime you feel is an act of cyber terrorism or scam.

Betty S.
1 review 9 helpful votes
“Monday, Oct 27 2014 someone called me, I couldn't understand...”
10/29/14
Monday, Oct 27 2014 someone called me, I couldn't understand her, so a man got on the phone, he wasn' any easier to understand. They spoke like Vietmese. My caller ID showed it was Dave Steffenson # *******050. ( I thought it was a friend from Bloomington MN calling. This guy said I had to pay $399.00 for a license on my computer, and if I didn't I would be committing CyberCrime. I told him I never heard of such a thhing and that I wouldn't pay any money. He kept me on the phone for over an hour and I don't know that much about a computer, but I knew I wasn't going to pay any money.I told him I had to get off the phone because I had a Co. meeting I had to attend. I finally just hung up on him, which I should've done to begin with.
I did go to the Blaine Police Tues. AM and he told me it was a scam.
The caller was very convincing and no doubt he was able to get some other people to pay the sum he requested. How very terrible!

The site explains how to file a complaint, preserve evidence and gives advice on future protection.

Their own explanation of ic3 follows:

The Internet Crime Complaint Center (IC3) was established as a partnership between the Federal Bureau of Investigation (FBI) and the National White Collar Crime Center (NW3C) to serve as a means to receive Internet related criminal complaints and to further research, develop, and refer the criminal complaints to federal, state, local, or international law enforcement and/or regulatory agencies for any investigation they deem to be appropriate. The IC3 was intended, and continues to emphasize, serving the broader law enforcement community to include federal, as well as state, local, and international agencies, which are combating Internet crime and, in many cases, participating in Cyber Crime Task Forces.
Since its inception, the IC3 has received complaints crossing the spectrum of cyber crime matters, to include online fraud in its many forms including Intellectual Property Rights (IPR) matters, Computer Intrusions (hacking), Economic Espionage (Theft of Trade Secrets), Online Extortion, International Money Laundering, Identity Theft, and a growing list of Internet facilitated crimes. Since June 2000, it has become increasingly evident that, regardless of the label placed on a cyber crime matter, the potential for it to overlap with another referred matter is substantial. Therefore, the IC3, formerly known as the Internet Fraud Complaint Center (Internet Fraud Complaint Center), was renamed in October 2003 to better reflect the broad character of such matters having an Internet, or cyber, nexus referred to the IC3, and to minimize the need for one to distinguish "Internet Fraud" from other potentially overlapping cyber crimes.
IC3 Mission Statement
IC3's mission is to serve as a vehicle to receive, develop, and refer criminal complaints regarding the rapidly expanding arena of cyber crime. The IC3 gives the victims of cyber crime a convenient and easy-to-use reporting mechanism that alerts authorities of suspected criminal or civil violations. For law enforcement and regulatory agencies at the federal, state, local, and international level, IC3 provides a central referral mechanism for complaints involving Internet related crimes.
Significant and supplemental to partnering with law enforcement and regulatory agencies, it will remain a priority objective of the IC3 to establish effective alliances with industry. Such alliances will enable the IC3 to leverage both intelligence and subject matter expert resources, pivotal in identifying and in crafting an aggressive, proactive approach to combating cyber crime.

_(*This is the information you'll find on the ACTUAL report form. This organization is an alliance between the FBI, Better Business Bureau, and The FTC. Very "heavy" group.

_Thank you for filing a complaint with the Internet Crime Complaint Center (IC3).
Your complaint has been submitted. Once processed by the IC3, you will be sent an email containing your complaint id and password to be used for future contacts with the IC3. This process can take several hours.

The IC3's mission is to serve as a vehicle to receive, develop, and refer criminal complaints regarding the rapidly expanding arena of cyber crime. The IC3 aims to give the victims of cyber crime a convenient and easy-to-use reporting mechanism. If you have comments or problems related to the IC3 website, please contact us.
Complaint Status

The IC3 receives thousands of complaints each month and does not have the resources to respond to inquiries regarding the status of complaints. It is the IC3's intention to review all complaints and refer them to law enforcement and regulatory agencies having jurisdiction. Ultimately, investigation and prosecution are at the discretion of the receiving agencies.
Evidence

It is important that you maintain any evidence you may have relating to your complaint. Evidence may include canceled checks, credit card receipts, phone bills, mailing envelopes, mail receipts, a printed copy of a website, copies of emails, or similar items. Please keep the items in a safe location, in case you are requested to provide them for investigative purposes.

Helpful answer 1
Vote Thanks for voting! Not as helpful
Question:
Does anybody know the phone number for IC3??? I called them once and i cant find the number anymore since google support gave it to me
Answer:

Were you able to get the number? I spent hours filling out the form but it won't file - telling me the Captcha questions needs to be answered but I answered all the questions.

By Lillian A. on 3/21/18
See all answers (1)
Respond as company
Helpful answer 0
Votes Thanks for voting! Not as helpful
Question:
I filed a complaint using IC3 but the confirmation page does not provide any reference number. How can I track the progress of my complaint?
Answer:

I filed a IC3 complaint over my older son and I can't find it so it can be reported to the US attorney I have family who did fraud, not myself.

Did You Find This Page Useful? 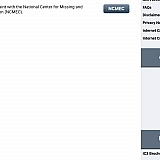 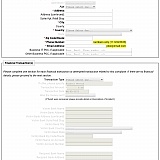 Business owners: What’s your side of the story?

Register now for free – get notified of new reviews, respond to consumer feedback, add new photos to your page and much more.