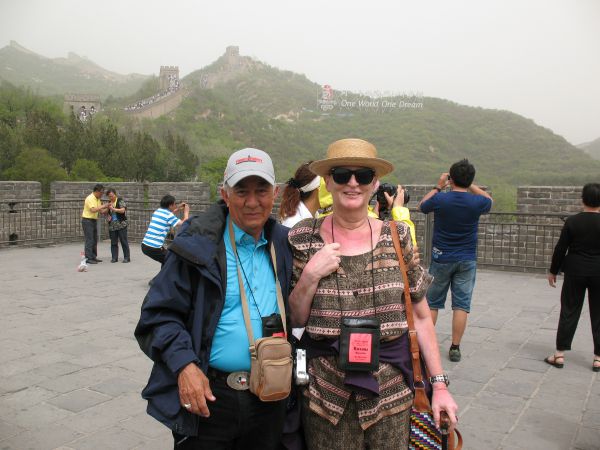 Dhl-usa.com
“Do not use DHL”

I have had 2 experiences with DHL and to say I am unimpressed is an understatement.

My cell phone in warranty went bad. ATT warranty sent it by DHL.

2- My phone came without a battery so a battery was (yuck) sent by DHL and they did not have any tracking information for 3 days. Next update was delivered, 5 hours after it was delivered. We get alerts because we don't want our stuff stolen from our porches so what good is an alert after it is already stolen?

3- I would never personally use DHL. For me, its 0 for 2 and that would be a losing season in sports.

4- I wrote 4 emails and the auto response says they will get back to me in 24 to 72 hours. Would you be surprised if I said I never heard from them. I never used profane language but the last 2 were written in anger. I was told they never do.

5- I had called customer service about my phone and basically the agent said "It will arrive".

I know that AT and T will do nothing about this as they don't care and are too big to care. I have been with ATT / cingular since 1995. Just google the word ATT ripoff and see all that pops up. According to ATT all the companies are doing this so f course that makes it right!

I am eligible for an upgrade for 3 family plan phones. I chose the 2 year contract and was shown an absolutely free phone (note 4) online. Then I was told that by upgrading I would lose my $75.00 total credit per month. So in 2 years using the next plan, I would lose a total of 1800. 00 or 600.00 for each FREE phone. They want everyone to be on the next plan as this is how they make money but what they say is that some people don't like contracts. (I do)

This system is not much different than all the money being made by car dealers with 7 year car loans.

AT and T does not learn its lesson well. They had roll over, took it away, then years later brought it back. They had unlimited data, made us buy blocks of data, and now are giving huge date packages for little money. So eventually AT and T will go back to giving a choice of contract or no contract which it does not have at the moment essentially.

Are Americans really this stupid? I think so if they fall for the next plan without doing homework.

(I believe last year or the year before, ATT was giving either a 15 or 25 dollar credit per month to those people who upgraded their data plan depending on what plan you got. I upgraded from 10 gigs to 20 gigs and was given a 25.00 credit per phone per month. That is 75.00 per month. This credit has been confirmed on several web sites. The employee at the store showed me the credit on my bill when trying to explain the next plan to me.)

I received a defective product. Neither on the web pages, the receipt or emails does it say that there is a 14 day only return policy. I have printed out all the information just in case they realize that they do not have full disclosure and will remedy this situation.
When I emailed that I received a defective product, they emailed me about the 14 day policy. I believe I received this product 7 to 21 days ago. I have ordered 100's of dollars from this company and never complained (except for one item that took 3 months to receive) and they will not refund 16.00!

I only wanted a replacement product (I was never told whether it was just my product or all of the products.) and disclosure of their policy on every receipt that they send out.

Tip for consumers:
Be aware of this company. If you can wait 3 months and not return anything, then this is the company for you.

Hi Rox, My name is Carl and I'm a manager with nCrowd. I'm so sorry for the trouble you've experienced with your recent purchase. Please email me at carl@ncrowd.com with as many details as you can provide about your purchase so I may look into the matter further. Thank you!

CellPhoneShop.net
“I wonder if any of these people even bought from the...”

I wonder if any of these people even bought from the cell phone shop as stories seem to be made up. I too have bought hundreds of items for many many years -- I am thinking that it has been about 10 to 15 years every time I get a new phone. The order was lost one time only in the beginning and they just resent the order. Other than that I have never ever had a problem. The service from hong kong was cheap and fast. I always ordered the minimum amount that was needed to get the free shipping (20.00?)

rox hasn’t received any thanks yous.

rox doesn’t have any fans yet.

rox isn’t following anybody yet.

I ordered some items through Shapermint.com and they used DHL to ship those items. If I had known...

I live in Oklahoma city and my AT&T internet service has been out for about 2 weeks and AT&T...