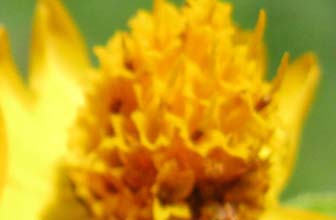 Ninacloak.com
“Do not buy from this phony company”

I placed 2 orders with Ninacloak. After 2 months I have not received any merchandise. I have written to them and have never gotten a response. I have called and stayed on hold for over 30 minutes, but no one answers the call.
They charge your account and you NEVER get anything.!

Helpful (35)
Thank you
American Cruise Lines
“DO NOT CRUISE WITH THIS COMPANY!”

This cruise line doesn't even deserve one star. I have been cursing for 15 years and this cruise had to be the worst I have ever taken. I chose this cruise to see if there really was a difference between the luxury cruise lines and the Celebrities, Princess, etc. cruise lines and the substantial higher price. I spent three times the amount I would have spent on one of the other cruise lines to see if there actually was a difference. I am not the only one on this cruise who was thoroughly dissatisfied. It started when I first got onto the ship. I was very under-whelmed by the decor. It was very drab and plain. I got into my stateroom and the coffee maker didn't work, the safe didn't work, there was nowhere posted in the room to let you know where the ice machine was, there was no refrigerator in the room and no makeup mirror in the bathroom. On all other cruise lines you had a cabin steward. We had none.

As for the Exquisite Cuisine some meals were inedible. You only had a choice of two entrees. THE FOOD WAS TERRIBLE!

Between meal offerings was a selection of 3-4 canned soft drinks and 2 kinds of bottled juice. And the snacks. Small bags of pretzels, granola bars, 2 kinds of chips, fig newtons and half baked cookies in the afternoon. They put out a dozen cookies for a ship that carried nearly 200 people. At cocktail time, most of the hors d'oeuvres were gone in 15 minutes and never refilled. You think of yourself as luxury? Most of the staff were new and inexperienced.

This robot is terrible! The first time I used it I had to call customer service. After a couple of more uses it has stopped working altogether and there is never anyone in the customer service department to talk to. Buy another brand! They sent me another one and after a couple of months that doesn't work either. It won't charge. Spend a little more money and get a good robot.

Helpful (1)
Thank you
Simply Safe
“NO SECURITY WITH THIS SYSTEM!”

I picked this security system because of reviews I read and the price. I am learning that you can't really rely on either. I was having issues with the system when I got it. The camera didn't work, two of the three door sensors didn't work and the motion detector didn't work. I also needed assistance setting up the monitoring system. I called their customer service number every day for a week. After being on hold for at least 10 minutes each day I hung up to call back the next day and the same thing happened. I left a message with my phone number each day but no one ever returned my call. I never set up the monitoring system with the police station and one night, all of a sudden they alarm goes off for absolutely no reason. SS called me and I told them it was a false alarm and I never set the monitoring up. This was the only time anyone called me. They wouldn't report it as a false alarm and 10 minutes the police are at my door. DON'T buy this system. I believe it is a scam!

Houzz is a fake. I wrote a legitimate review of a company I used to remodel my kitchen. They were horrible. The didn't know what they were doing from installing my new dishwasher to absolutely ruining the backsplash they installed. I never saw my review of the company so I am convinced that companies pay Houzz and only post the 5* reviews. Houzz charges the companies on their site an annual fee. No wonder you don't see any bad reviews of these companies!

Tip for consumers:
Don't believe the reviews. They only publish the 5* ones.

ann m. thanked you for your review of American Cruise Lines

“Thank you... this very experienced ocean cruiser was considering taking this river cruise line once to experience true "luxury"!”

JOHN P. thanked you for your review of American Cruise Lines

“A kind thank you for sharing”

L R. thanked you for your review of American Cruise Lines

“Thanks, had sent off for brochures for my sis and aunt who want to do the lower Mississippi cruises. Will toss them in the garbage now! Lisa”

Charlene R. thanked you for your review of American Cruise Lines

“Wondered about them, now I know to avoid!”

I give this company one star because zero isn't an option. This is my first time being a victim...