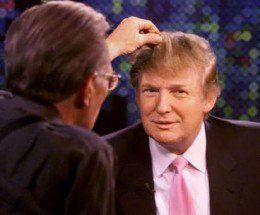 Spreading facts, putting them in perspective.

Genius idea! Tested it on my phone and seems to be working fine!

Helpful (2)
Thank you
Android
“Prepare for an anti-cr(apple) rant from an Android...”

Prepare for an anti-cr(apple) rant from an Android user.

I'm very passionate about why the Android kills the iPhone, that I don't know where to begin. I'll just jot down what comes to mind and maybe edit later. If you disagree, write to me and I'll be happy to retract anything that isn't correct.

The iPhone 4S which was just released was touted as having Siri, the female bot that talks to you. Android users have already been using Voice Actions from Google for a year or two so this is nothing new. Voice Actions works by long pressing the search button (yes, a smartphone should have a search button! Thank you Google!) and then saying,
- "Navigate to 150 Main Street" (launches navigation to 150 Main St.),
- "Call Dynasty Cleaners" (dials closest match from business search),
- "Send e-mail to Kristen Johnson subject thank you message kristen comma it was great to meet you at dinner last night period would you like to do join me for that fundraiser question mark" (drafts an e-mail with all the spoken punctuation),
- "set alarm to 7am".
- Play Bob Dylan (pulls up music app and plays all Bob Dylan matches in your pre-loaded music)
- And more. Other voice commands are executed as google searches.

Siri is a late newcomer to the scene. The difference is that it talks back to you which I don't like (not that I don't like women who talk back) because it just takes longer. I'd rather have the phone just perform the action on the phone tell me what it will do. Siri may be developed to perform more tasks, but I'm sure Voice Actions's next stride will surpass Siri.

It's funny how Apple goes around suing the whole world for stealing their "ideas", meanwhile, the new pulldown notification bar on the iPhone 4S has been with Android from the beginning of time. Fortunately for Apple, Google won't sue them for "patent infringement".

Google Maps: Far more superior on the Android than on the iPhone. And it's extremely important because Google Maps is only second to calls and texts in terms of smartphone usefulness. The Android has free GPS navigation which means if you drive you don't need to buy a Garmin or TomTom. I don't have a car, but I've used this on trips where I was able to put it on the dashboard and make calls on speakerphone simultaneously. It just awesome beyond compare! There are other features in the Google Maps app for Droid that make it so much more useful than the Google Maps for iPhone (offline maps anyone?).

Over the air updates: OS updates on the Droid come without plugging into your computer. In fact, I rarely ever need to plug my phone into the computer for reasons other than charging the phone. This is how it's done: I wake up in the morning and look at my phone and there's a notification pop-up: "System update available. Install now? Later?" It's already downloaded, I just tap now and it updates, reboots and is done in a couple of minutes. IPhone users will have to wait for the iPhone 5 to enjoy this convenience.

The flexibility in customization of the Droid is light years apart from the iPhone. I once downloaded the CyanogenMod version of Android from the web, flashed the ROM and installed the newer version in under 20 minutes all while sitting in the backseat of a friend's car. It was as if I was working on a desktop. I can't imagine this is possible with the iPhone.

The Droid is way ahead as far as new advancement in technology. At the time I'm writing this, 4G (or "LTE") phones have been available from Android for 8 months, but a 4G iPhone has not yet been released, nor has a release date been set.

Helpful (3)
Thank you
Join.me
“This site is from the people who brought you LogMeIn...”

This site is from the people who brought you LogMeIn (the awesome remote desktop control website). Use this site to let someone online view your desktop live online.

No signup is needed. No need to give them your e-mail and worry about getting junk mail. Just go to Join.me and click on share. You may need to run an. Exe file (but without installation of software), and then your desktop will be broadcast live. You will then need to give the viewer a special code with they will enter join.me with and see your site.

You have the option of giving the viewer control of the keyboard and mouse by clicking the mouse icon that appears on top of the screen. You also can get a call-in number to conference people if you have several viewers!

Same crappy songs over and over again. Someone please either (a) tell me why, or (b) suggest a better alternative. Don't want spotify because I don't want to download apps. It should all be in the cloud.

Helpful (3)
Thank you
Mailinator
“This site has enhanced my life!”
Helpful (2)
Thank you
Google Maps
“Very disappointed with many things on Google Maps”

Very disappointed with many things on Google Maps. I use it very frequently, but there's a lack of reliability in searches, and some technical inadequacies. I have a lot to write, but off the top of my head I'll name just two:

1) Many businesses fail to appear in search results even when you search by their exact names. For comparison, I did the same searches in Yelp and found what I'm looking for in the first search result.

2) The map views often don't display street names even at normal zoom levels when they should be displayed. Just the other day I was looking at a map of lower Manhattan and there were 10 different streets displayed, but only ONE was showing the street name. I dragged the map to see the name of one of the streets and I had to scroll THIRTEEN BLOCKS to finally see the name of the street. Meanwhile, the same map was cluttered with names of various businesses with tiny icons - and I'm talking about businesses that no one would ever look up!

Helpful (4)
Thank you
Yelp
“Despite its dorky name, Yelp is an excellent(!) website...”

Despite its dorky name, Yelp is an excellent(!) website to find local businesses and get details about them. New restaurants show up on the site LONG before they appear on Google Maps (very disappointed with Google Maps about this...)

Helpful (2)
Thank you
LogMeIn
“This site is incredible”

This site is incredible. I use it all the time to access my computer at home from work. Never had issues. It's fast and reliable. They also provide really good apps for android and iphone. Highly recommend.

The site charges the same price as premier dating site like Match.com and Jdate, but the quality is crap, and here's why:

2) Selection: There isn't a large selection to choose from. Most of the profiles of the women have only a picture and not a single sentence written by them. I suspect they are spam, but who knows.

3) No chat: Websites that charge $40/month have chat. This website does not. Chat worked well from me on other dating websites - In fact it works better than sending inbox messages.

4) False "Online" indicator: Every profile says the member is online. How can ALL members all be online ALL the time? This is probably done to give users the illusion that other users are active when in fact the website is doing very poorly. Customer service told me it's a glitch that they're trying to fix, but how long does it take to fix a small problem?

Many small business starting out on the web use fake profiles to get the website going. When I first joined I got a few messages from other "users" who were saying hello and asking me to tell them about myself saying if they like it they will respond. In other words, don't expect a response. It had all the markings of such in-house created profiles "welcoming" me to the site...

And now to the most outrageous one.
5) While on the phone with customer service discussing all the above, the rep said, "I'm looking through your inbox and it seems like you've been getting messages from real members". I was not asked for my permission to go through my e-mails. Clearly they don't respect their users' privacy.

m hasn’t received any thanks yous.

People who say they get spam calls from using Where's My Cell Phone are paranoid or delusional...

It appears the site is down just now, but i cannot say enough good about it! I LOVE...