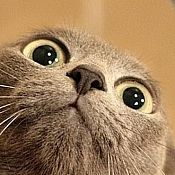 I make graphic design as a side hobby.

Graphic design and video editing and I have a lot of experience in printing industry.

Redbubble
“Support need some improvement”
• Updated review
I got some issue a month ago about my account that had been instant banned for no reasons at all, they finally reinstated but it took a month so I change the rating for that. They say the reasons my account was banned because it was caught it their spam filter.
Helpful (4)
Thank you
“Instant ban right when uploading my first work”
• Previous review
First of all I'm an indie designer mainly draw vector based design for T-shirt and the like, goes by the name sadpanda, therealsadpanda if it was on redbubble, I have some of my work on other POD site. Today I decided to sign up with them as a vendor, it's not my first time signing up with them, I had my first account but after not active for about a few month it seem they close it, I didn't really consider the reason at that time but not right now, anyway sadly something goes really wrong when I submitted my first work on redbubble, I receive an instant ban notice, which really surprise me. I'd heard several major issue around the net regarding redbubble treatment with their vendor and designer but I never really thought that it was this bad, at this moment I don't really know what could the issue be, my friend tell me that redbubble doesn't allow a non verified paypal account for payment method, but mine is verified by paypal so I guess that not it, is it my work then, but I'm pretty sure it's not that because I draw the monster design myself, it's a monster design that I uploaded when it was banned, the monster name is Mauler and right now, I have no idea what the issue is. So did I just waste my time signing up and correcting the placement of my design on all that product which is take a lot of time only to be instantly banned with no reason whatsoever? it seem to be the case. but I'll try to send an email to their support and see how it goes.

Okay, it's been 3 weeks since I send an email to their support and there had no reply other than the canned response that they send to everybody else, so stay away if you don't want to waste your time and money. It's just my opinion but all of this make me think that they somehow support those art theft with their low quality copy paste while killing the original artist like us on their site which is quite crazy if I must say.

Red B. – Redbubble Rep Over a year old
Hi Kalla,

Thanks for bringing this to our attention.

Please email your questions to the Marketplace Integrity team at dmca@redbubble.com or reply to the email notification you received. They will look into it and see if there is any additional information available.
Freelancer
“Good if you need a side job.”
I'm a freelancer myself, this site is quite good for someone who's looking for something to do, the commission they charge I must say is quite a lot not counting the membership, the bidding for project is competitive so if you don't have the lowest bidding prices or the medal and verification that freelancer.com place near your profile picture that you get if you pass their test which you pay to enter then dont ever hope of landing a job. though you could try to raise your reputation by winning a contest which is cost nothing but time and that's good.

The cool point is that they have excellent support staff, and thank you Suzanne for your kind explanation.
Helpful (1)
Thank you
Pinterest
“The place you go if you need new inspiration”
As a graphic designer I visit Pinterest a lot, there you can refill you creativity, the only reason I'm not giving this a five star is because the content spamming that the user do.
Helpful (5)
Thank you
Imgur
“Good place to post your pics, Bad place to ask for opinion about your pic”
As a major image hosting site, Imgur have existed for years and still outrunning their other competitor, a good place to post pics that you take yourself and can be done without even signing up with them, but if you want to ask for the user opinion about your photo, I don't recommend you do that on Imgur because their user can be so toxic that it will hurt you just by reading the comment they posted. Sometimes can be a fun site but then suddenly everyone start hating each other for some ridiculous reason.
Helpful (2)
Thank you
Reddit
“It's a nice place if you find the right subreddit”
Honestly speaking, Reddit have a lot of weird subs than a decent one that will make you wish you hadn't know it exist, but if you spend some time to find the right subreddit for your need, you'll have a great time a head of you, I meet some of the nicest, smart, funny and wise friend on the sub I'm active in. The mods can make you frustrate sometimes with their strict rules, but any other than it was a nice place to read stuff after you done working and want to talk about something.
Helpful (1)
Thank you

Kalla hasn’t received any thanks yous.

Kalla doesn’t have any fans yet.

Kalla isn’t following anybody yet.

I don't know how someone could print this tshirt and said it was a good one, and decided to send...

I ordered my own designs merchandise just to see how they look. It's been more than 2 months and...