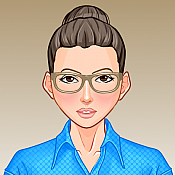 800Notes
“A Useful Forum to Identify Scammers”
I began using 800Notes when I worked for a business that was victimized by a scammer who lied to us. We reported it to authorities. When I researched the company on 800Notes I found many other businesses were victimized by the same company. I also posted on the forum about my experience and shared advice given to us by authorities about dealing with the company. There was one poster on 800Notes who obviously worked for the scammer. He harassed me and other posters who reported the company. I've never seen where posts supporting the scammer have been removed. People on 800Notes are permitted to post opposing views as long as they don't become abusive toward/threaten other posters.

I was also victimized by a scammer while job searching and began receiving telemarketing calls instead of job opportunities. Through the years, I've received many calls from scammers such as robocalls calling about timeshares and credit cards I don't own. If I don't recognize a phone number, I look it up on 800Notes before answering and it saves me a big headache.

Tip for consumers: Since many scammers now spoof the number they're calling from, don't post personal information about the owner of the number unless you're certain who's calling.

Helpful (15)
Thank you
IHeartDogs.com
“Informative Website”
I receive emails from IHeartDogs.com. They have some very helpful information for pet owners. I shared the site with my sister, who is mother to an older dog.
Helpful (2)
Thank you

IHeartDogs R. – IHeartDogs.com Rep Over a year old
Thanks Clara! :)
Dollar Tree
“Good Shopping Experience”
I enjoy shopping at Dollar Tree. They have some excellent deals on quality merchandise. Clerks are friendly.
Helpful (0)
Thank you
WebSleuths
“Too Much Bullying”
I was a member for several years and, while it's a good way to keep informed on cases you see in the news, there are too many members whose sole purpose is to cut other people down. There are threads on the website where decorum is maintained and you feel comforted knowing there are people who truly care about victims, want to see justice through, and want to help unravel clues that will lead to justice. Some members really are able to contribute knowledge and skills to the forums because of their backgrounds. Other members are there not to add anything productive or intelligent--just to have something condescending to say to or about other members. As another reviewer said, some of the threads are about taking sides and certain members are hateful toward other members who state a point-of-view that differs from their own. I tried to make new members feel welcome and delicately defend them (trying not to offend either side), but got cut down as well. While some people on the forums are quick to accuse someone in a case (even family members of a victim) of a crime, others adamantly defend a suspect with overwhelming evidence against him/her who is named as a suspect by law enforcement, even to the point of vilifying the victim, law enforcement and the legal system, and persist in their opinion after the suspect has been found guilty in a court of law. Although such members are usually in the minority, they lash out at everyone else discussing the case. The forums are moderated, but moderators are inconsistent in dealing with bullies--they are sometimes hateful themselves and show favoritism. Some threads become very long not because of a lot of movement or analysis in the case, but because some people do not read the thread before posting, even a page or two back or if it's a short thread, and others post comment after comment without saying anything productive. Sometimes it appears to be a contest to see who can end up with the most posts. I think some members believe they will get to become a moderator and influence the direction of the website if they reach a certain number of posts. I would not recommend the website to people who are sensitive (the people most likely to care about crime victims). If you don't already suffer from depression you probably will after joining WebSleuths, not only from reading about the terrible crimes people commit but also from your treatment by other members.
Helpful (43)
Thank you

Great place to post details of telemarketer robo calls, silent calls (no message), or of other...

One of the best places to get information or give information. Many time no one answers to hello...