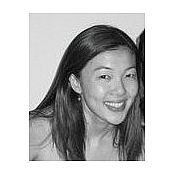 Irresistible French Bakery in San Francisco's Mission District - Tartine is the little corner bakery that I would like to open up someday. I love Tartine so much that I will travel 51 minutes by bus (each way, with a connection) from the Marina to the Mission just to have a spoonful of their bread pudding and/or a bite of their banana cream tart. I have even been known to suggest playing tennis in nearby Dolores Park (strange, why would one want to venture so far when there are plenty of courts closeby?) just to conveniently make a Tartine pit stop before heading elsewhere.

Their desserts are top-notch, flavorful and not too sweet. My favorites include the banana and coconut cream tarts (the insides of their tarts are lined with a delectable hardened chocolate layer to prevent the cream from soiling the delicate flaky crust), morning bun (so yummy warm, with a touch of cinnamon and a citrusy kick), pain au chocolate (made with Valrhona chocolate and a ton of butter but well worth the calories), and brioche bread pudding (light and custard-ish in texture topped with seasonal fruit... best when laden with fresh berries).

If you're looking for something savory, they offer a decent assortment of open-faced sandwiches (the croque monsieur is pretty tasty) and quiche.

They even serve their lattes in bowls (something about cupping both hands around a warm bowl is fun).

A few downsides to the place:

1. The long snake-like line that often runs out the door and around the corner, for good reason. The recent James Beard accolades, which named Tartine's owners the best pastry chefs in the US (http://jbfawards.com/content/2008-nominees) will no doubt increase the number of Tartine frequenters. The line moves fairly quickly, but bringing a book or some friends with you will help to pass the time.

2. If you arrive too late in the day, you may run the risk of them running out of what you are looking for (this happened to me today with the bread pudding... sadness). However, should you find yourself there at or shortly after 5pm on weekdays (except for Mondays), don't go home without their freshly baked bread! In the simple brown bag is a delicate balance of a crispy crust and fluffy chewy interior. Pair it with some cheese from the Bi-Rite grocery store a few doors down and you are good to go.

3. Minimal seating, though this can be easily remedied by venturing a few blocks over to Dolores Park where you can have your very own Tartine picnic.

Entertaining half-truth, half-fiction literary pieces about a wide range of topics - Founded by Dave Eggers (author of A Heartbreaking Work of Staggering Genius), McSweeney's is a San Francisco-based organization that publishes a journal, McSweeney's Quarterly Concern, which highlights works of up-and-coming authors. A comparable alternative to the print edition, their site's archives houses an entertaining assortment of creative, witty, and sometimes sarcastic, literary pieces. Among them are:

Conversations My Parents Must Have Had While Planning to Raise a Child:
http://www.mcsweeneys.net/2008/4/28statsky.html

There are even book reviews, and interviews with people who have held interesting or unusual jobs:
http://www.mcsweeneys.net/links/unusualjobs/

Awesome Mediterranean Bistro in San Francisco - I always walk out of Frascati a happy camper. The setting is quaint and intimate, the staff is warm and friendly, and the dishes are creatively and carefully prepared with the freshest ingredients of the season. I like Frascati so much that I will show up on a whim in the winter and be completely content sitting at the only table outside in 40 degree weather just to have their warm black and white chocolate bread pudding.

Among my favorite dishes are their russet potato gnocchi (can't get enough of the white truffle oil), grilled pork chop (this coming from someone who is not even a pork chop fan), and maple leaf duck breast (tender, crispy, hearty but not overpowering). They even make something as simple as pan roasted chicken really well.

And, if after your meal you are still in the mood for something sweet, you can venture on up the hill to the Swensen's ice cream parlor and enjoy a cone while waving at the folks in the occasional cable car that passes by.

Helpful (4)
Thank you
Thisisby.us
“Get paid to write just about anything”

Get paid to write just about anything - This is an excellent site where users have free reign to share their writing, whether it's fact, fiction, poetry, anything. There are no editors, and readers determine which posts should be featured and rewarded by viewing and scoring posts. Each day, 50% of all ad revenue earned goes to writers whose posts were rated highest; 10% goes to commenters. It is a fun place to visit for pieces of creative written content. I also get a kick out of the random puppies link at the bottom.

Fabulous source for unique handmade goodies - This super cute site is a marketplace for handmade items. There is a laundry list of categories (incl. Art, housewares, toys, etc.), and you can set up your own shop to sell your creations, or browse hundreds of thousands of shops showcasing theirs. Bonus points for the alchemy section, where you can request something be custom made.

Discounted beauty products - This site is worth checking out for savings on hair care, skin care, nail care, etc. They don't carry a gamut of brands, but if they have what you're looking for, you're likely to get it for less here. Discounted codes are offered often (right now enter in 4382 for an extra 10% off) and there's order tracking too.

The "graetest" ice cream ever - Graeter's is, hands down, the richest, smoothest, and creamiest ice cream I've ever had! The secret is in the preparation: each batch is laboriously made by hand with the French pot method, which limits air intake and thickens the consistency of the ice cream. Their signature black raspberry chip is absolutely divine.

Helpful (6)
Thank you
The Literature Network
“What's not to like about free online literature?”

What's not to like about free online literature? - This site contains a neat searchable and browsable index of full books, short stories, poems, and quotations by over 250 authors. Though not comprehensive, it has saved me many trips to the bookstore. Bonus points for the literature forums.

Fantastic source for online/in-store deals - This site is a must-visit for daily savings on gadgets and more. They have a pretty comprehensive list of deals for a variety of online retailers and stores. For the best deals, check out their forums for frequently updated codes and discussion threads (thread ratings a plus). I'm a big fan of the coupon forum.

Great selection of high quality beauty products - This site has an awesome selection of hard-to-find skincare, bath/body products, and perfumes. Ordering is easy peasy and shipping is quick. They also have a code now for 25% off everything (Luckybreaks2)!

Helpful (9)
Thank you
Previous
12
Next

Audrey hasn’t received any thanks yous.

I love what am experiencing on this site

Don't use google, use blackle and save our planet - Okay so blackle.com is just google with a...