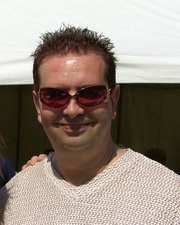 Hi there my name is Michael I live in london UK I write a lot of articles for my blog sites and I also write a lot for other people. I also do all my own SEO for all my online websites. I love social networking and chatting with others.

I have about 10 years experience in SEO search engine optimisation and getting sites in to major search engines. I also own several successful online companies selling gifts and greeting cards. I have just started another project social networking site I hope it will be just as good as Facebook or even better!!!!!

Speeda
“Do not Ever Use Speeda.Co.UK Read My Full Review”
I joined Speeda in March 2014 they said that they are launching new software as I asked them for special requirement for credit cards payments provider Stripe they did not use them but in the new software update that will be fine so I asked them when will it be launched they said May 2014 so I signed up with them there software was ok had a few problems then I found out they do not have telephone support only live chat and e-mail then it started to go wrong they were never on live chat so it was difficult to get hold of them.

They are rubbish they are liars there customer support is just shocking PLEASE PLEASE keep away from Speeda UK unless you want to be ripped off and also since being with them my sales have been dreadful.
Helpful (0)
Thank you
Bigcommerce
“I just love using Big commerce website there software...”
I just love using Big commerce website there software is world leading. Loads of top quality features and a doddle to setup! You can be up and running within a few hours. There customer support is really good you even get a dedicated account manager to help you setup your online website. If you want to see how good they are visit our site which uses there package www.purchasecardsonline.com it really is one of the very best I have used and boy have I used loads of different types of ecommerce shopping cart solutions.
Helpful (3)
Thank you
Webmama.co.uk
“What can I say about Webmama.co.uk if I said I wish...”
What can I say about Webmama.co.uk if I said I wish I have never found them that would not even get close of how bad this company is? Ok I wanted a fully functional ecommerce hosting package so I thought at first glance that this could be the one for me. So I rang the company and spoke to Debanan at Webmama I told him what I wanted and he said to me no problem. I signed up I have given him 50% deposit.
I then started using his software there were a few problems I added the products to the website I noticed that there were serious issues with the speed it took ages to do anything like add a product, I spoke to Debanan who said no nothing wrong with us its your broadband, so I left it at that.

The site went live there were customer's ring me up saying they could not view products as the pages took too long to load. So I spoke to BT and they did a test and said the site is running very slow so I sent him the report he still tried to deny it I even e-mail him customer e-mails about the speed of his servers. He finally admitted that the servers are running slowly.
Trying to get anything done with Webmama.co.uk is a joke they do not even have a support team!! So I said to them I want my money back and they said they would not give me my full money back in fact they started threading me that they would cut me of and close my site down. Good quality customer service I don't think!!

One of the only legit ecommerce sites available. Re-active templates make the user experience...

Great software and without a doubt the greatest customer service I've come across in any...