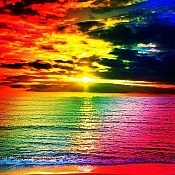 Silo TV
“Registration Nightmare”
I purchased a new Silo TV last month. Silo offers a one year warranty, and I purchased an additional year for $59.95. Silo's warranty states the TV must be registered within 60 days of purchase for the warranty to be valid. Since 6/22/19, I have been attempting to register my TV with Silo without success. Despite completing numerous Support Forms and voice messages to the business, Silo has not provided customer support to enable the completion of my registration.

Tip for consumers:
Currently, Silo TV's with model numbers "V2" are unable to be registered on Silo's website.

Helpful (1)
Thank you
CarolWright Gifts
“Inappropriate Bank Card Charge”
I had conducted business with Carol Wright for years with no issues. Recently, however, I experienced a significant one. I placed an order and received the confirmation e-mail for my order. I decided to cancel the order, placing 5 phone calls to do so. Each time I was told by customer service my order was not in the system yet. After the 5th day, the charge for the item appeared on my checking account statement, for they had debited my bank card. I called Carol Wright to cancel the order. Customer service had no record of the order, despite my confirmation number and e-mail. They also could not explain why my bank card was charged when no record of my order existed in their system. I disputed the charge with my bank to have the charge removed.
Helpful (3)
Thank you
Wish
“Deceptive Pricing”
I have encountered what I consider to be deceptive pricing on Wish.com. On some items, once added to the cart, the price increases from the original posted price tag. I asked Wish's Customer Support for an explanation. They informed me that the sellers had the authority to determine pricing based on a variety of factors. I am suspicious of a business that allows sellers to manipulate prices. This lacks transparancy to the customer. Based on the reviews, I will not be doing business with Wish.com.
Helpful (0)
Thank you
Cu.cc
“Follow-up To My Original Review”
For those that have been receiving multiple spam from the domain cu.cc, you can take the following action to report this domain for violating the Can Spam Act. You can report ANY domain in violation using these 2 methods:

Shely hasn’t received any thanks yous.

Shely doesn’t have any fans yet.

Shely isn’t following anybody yet.

I paid $68 extra for 3 day shipping to GET my gifts by Christmas. Its now 2 days after new years...

I'm on the phone again over your lack of taking my Shop Now Pay account! At this juncture if you...