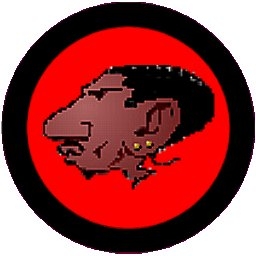 InterracialMatch
“Yet another lame dating site.”

Once again another site where you're expected to buy a membership to be able to do even the simplest things:

Yes, you have to buy a membership to see who has viewed your profile, and most of the women on the site haven't logged in for months!

Service
Value
Quality
Helpful (7)
Thank you
BlackSingles
“As its name implies this site is targeted toward a...”

As its name implies this site is targeted toward a small subset of the dating public: Those seeking SPECIFICALLY to date outside their race. I was a member for a year from late 2006 to 2007, both free and paid, and met with about 3 women from the site. It's not a BAD dating site, but not a very GOOD one either. Like most pay sites free members are severely limited in their interactions with paid members: You can "Flirt/Wink/etc" but can't read E-maiI if a paying member should send you one. Unlike a lot of pay sites, IRS is VERY strict about members not imbedding contact information in their profiles. They wouldn't go as far as deleting the entire profile, but would edit out any Yahoo or Hotmail addresses when people tried to slip them in. My biggest complain against this site is the fact that they don't seem to be interested in cleaning up and culling members who are no longer active. It's not uncommon to find people listed in your matches, or turn up in searches who haven't been online in 6 months or more. You'd think that after, say 60-90 days such profiles would automatically be hidden, or deactivated, but I guess if it helps inflate the number of users they can claim they'll leave them up. Just "meh" from me.

On Edit: (2014-02-01)
Interracial Singles has closed.
All the old links I had to the site now lead to Christian Mingle.

Helpful (4)
Thank you
Gk2Gk
“This site is targeted toward a small subset of online...”

This site is targeted toward a small subset of online daters: The Geeks/Nerds.
I joined briefly because with my love for PC gaming, Marvel comics, and all things "Trek", coupled with my dismissal of all things "sports" I certainly qualify as a geek.

The problems I found with this site are twofold:

First, you can't see ANY of the photos of other members unless you pay for a silver subscription ($9.99 per month w/ recurring billing) or the other member has a gold membership. It also seems rather backward that you can read (but not reply) to messages from paid members even if you don't have a paid membership.

Second, there were only FIFTEEN females in my age range (40-60) that lived within 50 miles of me. I'm not cheap but that's much too small a pool of potential daters for me to buy a subscription now.

I'll keep my profile there and check in from time to time. If the site gets any better (or worse) I'll come back and update this review.

On edit (2017)
Things hadn't improved, so ultimately I removed my profile from the site.
Reading the other reviews, I think I did the right thing.

Very poor dating site.
Typical in that they expect people to be a paying member to be able to do anything here. Even the basics. That coupled with the fact that they want someone to pay for a VERY small pool of mostly homely and/or fat women, most of whom haven't been online in MONTHS!

I've deleted my profile and sticking with Plenty Of Fish!
-Slaughter

Their site SUCKS!
I'm expected to pay HUNDREDS OF DOLLARS for months-long memberships?
Why can't I pay a premium for a month-to-month, or even 3 month account?
Why is the minimum 6 months?
What happens if I meet someone? Do I get a refund?

And paying to be able to even see another member's PICTURES?
Why?
Oh, it's to help people maintain their 'privacy'?
THEN WHY IN THE HELL WOULD THEY BE ON A DATING SITE?
I thought this was eHarmony, not "Adulterers.com"!

And the questions...? Oh, God!
EVERY possible response is at some extreme end of the spectrum!
For example: They asked how I'd feel about a date using a coupon.
The 3 possible responses they gave me were:
"Horrified"
"They're smart with money"
And "This is our last date"
What about those of us who wouldn't care one way or the other?
It went on for supposedly 1,200+ questions!
I answered 10, deleted 20, then gave up.

I canceled my account within an hour after signing up.
I refuse to give those scam artists a dime of my money.
CRAPPY SITE! Plain & simple!

Helpful (15)
Thank you
date.com
“This is a site chock full of BOTS!”

This is a site chock full of BOTS! Computer controlled ladies who fill up your message box with generic messages, which of course means you must have a PAID membership in order to actually read them. I'm always amazed to come back after a week to find my box packed with messages from scads of women who all use the same 6 subject headers:
"We have a lot in common..."
"Hi..."
"Meet..."
"Profile..."
"Hey..."
"Hi. Chat..."

Don't even think of giving these people any of your money by buying a membership!

Very poor dating site.
Typical in that they expect you to be a PAYING member to be able to DO anything there. Unlike some of the other pay sites, (Match.com I'm looking at you!) IRCupid will at least let you see who has viewed your profile/sent you E-mail without being having to be a paid member. The problem being that at IRCupid you can't DO anything with that info unless you pay! Total waste of time.
Deleted my profile and sticking with Plenty Of Fish!
-Slaughter

Helpful (2)
Thank you
Plenty of Fish
“My most favorite dating website, bar none!”

My most favorite dating website, bar none! If only due to the fact that EVERYTHING IS COMPLETELY FREE! View profiles (And see who's viewed you); Add favorites; Send messages & Chat. It's all there, and it's all FREE! In my 4 years as a member of POF I've met with 20-30 different women, and dated 5. I even met my current girlfriend there soon after joining, but we didn't physically meet until months later. We've been together ever since!
A wonderful site, easy to navigate, and just fun!
I HIGHLY recommend it!

I've knocked 2 stars off of my original 5-star review, because the owner of PoF has apparently smelled MONEY and has started charging for a lot of features on the site which used to be free. You can still freely message people, and can freely read messages, but if you want to know whether someone has actually read the message that you sent you must have a paid membership. You also can no longer hide your profile unless you pay. Which makes no friggin' sense! Why would you PAY so that people can't see your profile?

JustMann hasn’t received any thanks yous.

JustMann doesn’t have any fans yet.

JustMann isn’t following anybody yet.

I made a really elaborate and detailed Bio for interracialmatch.com, added pictures and spent a...

Not many options for techy folks. Parameters/selections always flip back to factory. Men just...