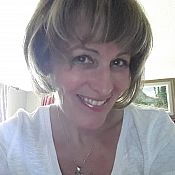 Wearpepper.com
“Misleading Product Reviews”
I purchased their Pepper brand bras based in large part upon the reviews, since they are a new company with a new product. I had a negative experience and submitted a negative review. I used the link sent by Pepper in my email requesting my review and therefore made it a "verified" review. My negative review never showed up on their site. Also, I discovered that when you click on reviews, it automatically defaults to best reviews first! MISLEADING!

The bras themselves are made from cheap, inferior fabric which didn't hold up to a few months wear despite hand washing, yet you only have a 15-day return window.

Tip for consumers: Research all reviews, and be sure to click on most recent or negwtive first so you see ALL reviews. Be aware that you only have 15 days to return the product.

Helpful (0)
Thank you
Koch Leather Co.
“One of the best leather companies in America”
Quality handmade leather goods, awesome customer service. You can have an item custom made just for you, and it will arrive beautifully packed and shipped. Their prices are very reasonable, too!

Helpful (1)
Thank you
Teskey's Saddle Shop
“WORST Customer Service EVER!”
I ordered a $320 designer leather bag from Teskey's. They did not wrap the bag in anything and shipped it unprotected in a cardboard box, so the bag was scratched when it arrived. I emailed the contact on my receipt immediately. No response, so I called Teskey's the next afternoon (Friday). That person asked for pictures, I emailed them, and they responded that a manager would send me a return shipping label on Monday, since they had already left for the day. On Monday I got another email from the same person asking if I wanted an exchange or a refund. I told them a refund. Then I didn't hear anything from them for two days and they wouldn't respond to my emails. Yesterday morning a manager called me and offered to take $75 off the price of the bag. I said no, so she offered $100 off. I told her to take 50% off or send me a return shipping label. She said she would have to talk to the owner and she would call me RIGHT BACK. 24 hours later and still no call. It has now been ONE WEEK since I received the bag, and still no resolution. It's bad enough that the bag was damaged due to Teskey's negligence, and even worse that they don't do what they say they are going to do. Absolutely the worst customer service I've ever experienced. I ordered from Teskey's because of their customer service policy on their website. They state that they want their customers to be happy. I'm not happy, and anyone ordering from Teskey's stands a good chance of being unhappy. Save yourself a big headache.

Helpful (0)
Thank you
Bolder Band Headbands
“Best Headbands Ever!”
Great selection, high quality made in USA products. Stylish too! Awesome customer service too! I always receive my order a couple of days after ordering. Can't say enough good things about this company!

Tip for consumers: The videos on how to wear your Bolder Band are really helpful!

Helpful (1)
Thank you
RoadID
“Great Product, Awesome Customer Service”
Comfortable! You won't even know you're wearing it. Great customer service too!
Helpful (0)
Thank you
Wedgenix
“Horrible Customer Service”
Purchased a Nike shirt from them. I wore it once, washed it following washing instructions. It pilled badly, so I asked to return it. Told me I couldn't return it because it had been worn. Very rude also. If you buy something from these people, better hope it doesn't fall apart because you won't be getting your money back.
Helpful (0)
Thank you
PiperWai
“Awesome Product Best Customer Service!”
Finally a 100% natural anti-perspirant deodorant that actually works! Smells great too, and is gender neutral. Don't put chemicals on your body! They have WONDEFUL customer service, too. They respond almost immediately. Made in USA

Joni hasn’t received any thanks yous.

Joni doesn’t have any fans yet.

Joni isn’t following anybody yet.