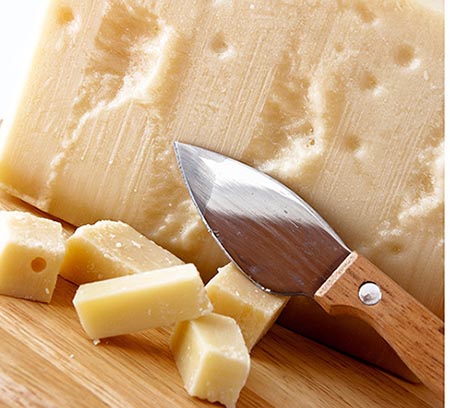 Scammer Alert Go Kitty Breeders is yet another website that sells non-existent kittens to the unsuspecting public. They supply you with a physical street address that they know is not within reach e.g. Upington in the Northern Cape and then offer to courier their non-existent kittens to you. I had their last physical address checked out and the occupants had never heard of Aletta De Villiers (which I assume is a fake name in any event). Same modus operandi used in my report on Cats and Kittens Paradise, Fancy Kittens4homes and Angelickittens4homes.

Please refer to my review on Cats and Kittens Paradise.co.za. After reporting that they had changed their name to Fancy Kittens 4 Homes you are now automatically redirected to Angelickittens4homes.com.

Please refer to my review of Cats and Kittens Paradise.co.za. They have now sourced an additional website with a new name, i. E. Fancy Kittens 4 Homes or *******@fancykittens4homes.co.za. Different name but same scammers. They are apparently now using a stolen ID document of an old lady from Pharaborwa.

Do not order any pets from this fraudulent website. They send photos of kittens for sale but you cannot view the merchandise since we are on coronovirus lockdown. They claim to have a special permit to transport the pets during lockdown. They provided the following physical street address: 19 Lilyvale St Rayton in Bloemfontein.

To gain your confidence they sent through a copy of a South African ID for Samantha Lance and all the emails were sent using the gmail address *******@gmail.com. They requested an instant money transfer as they said that the bank that I was tranferring the money from, Standard Bank, always had issues. I paid a deposit of R1850 and they keep promising to send through the delivery details but obviously never did.

They also tried to get me to send a copy of my ID but I refused. They may use a different ID to scam their next victim.

Their persistent and excessive TV advertisements are enough to drive anyone bonkers. Whenever one of their ads come up I immediately change channels. I would rather use any other travel site than theirs.

On 25th November 2017 I bought and paid for a Good Condition Vintage Typewriter Blue Royal 200 advertised by a seller, Rigardo Tredoux Fireproof 92 from Robertson (ID: 306280959) on-line on BidorBuy.

On receipt of the item I discovered that the spacebar did not work and that the carriage return at the back of the typewriter was held together with some sort of fishing line to stop it from falling apart.

On 7th December 2017 I emailed the seller on '*******@gmail.com' advising him that the item I had bought was not in good condition as the spacebar wasnt working and it was fallling apart, in other words the typewriter was not working and therefore not in a good condition. I requested a refund and advised him that I would be laying a claim in accordance with BidorBuys protection programme since the item I purchased was defective and had been materially misrepresented by the seller.

The Seller did not respond or take any of my calls on the contact number provided and continued to ignore my emails. He only responded on BidorBuys site after I gave him a negative rating and the reason for rating him negatively on 8th December 2017. On the very same day, 8th December 2017 the seller reposted the same item for sale on BidorBuy even though it was now in my possession. On 10 December 2017 I reported this illegal activity to Community watch alerts on BidorBuy. The item was subsequently closed.

After Customer Support at BidorBuy contacted the seller he offered to pay for the repairs to the item that he sold me (thereby acknowledging that he had materially misrepresented the item advertised) which I rejected since I do not trust him and I do not believe that if I were to repair his broken item he would reimburse me.

Why does BidorBuy have a Buyers Protection Programme in the unlikely event that the item purchased is materially different to what was advertised if they are not willing to honour it? It seems as though the buyers are always at risk, never the seller since buyers are unable to recoup their money and are not only stuck with faulty products but are expected to repair them!

After being ripped off by 2 other on-line companies within the space of 2 months I can only but highly recommend Amazon. I have shopped on-line with Amazon for over 10 years and their refund and/or return policy give buyers the assurance that what is advertised is what they get. The only reason I have not used them as often as I would like to is because of the current Rand/Dollar exchange rate. Otherwise I would be shopping up a storm.

Helpful (1)
Thank you
Airy
“Quality of the garments are shocking”

You guys must have some clout because they finally relented and dellivered the garments or rather pseudo items after I complained but then expected me to remove my complaint: We are wondering whether you could take a few minutes to remove your review on sitejabber? And then provided instructions on how to do so. I say wannabe garments because they are a mockery of what is advertised. The garments are totally shapeless and disproportionate. Although I ordered the largest sizes advertised they were way too small and may fit someone who is a size 6. I don't know who sews these garments together but they don't seem to have a clue. Primary school children could do a better job. I'm not even going to bother to try and return the items but I'll never order anything from them again.

Do they write their own good reviews on your site because these reviews which are seemingly written by foreigners totally contradict my and other South Africans experiences posted on South Africas HelloPeters complaints platform? Or are people from other countries willing to accept inferior goods? Just wondering.

Elizabeth hasn’t received any thanks yous.

Be very careful of websites offering pure bred kittens for sale. I contacted:...