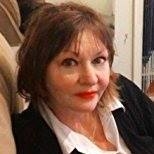 There are so many ads every time I click on web md that I cannot read in an ongoing manner due to...