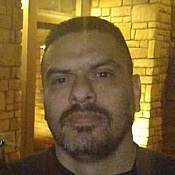 In December of last year I purchased a 10 million email ad campaign (with a 10,000 clicks guarantee) from extremeleadprogram.com for $269.00.

I was promoting MLM Recruit On Demand which is a lead generation program. (It's free to join and the upgrade only costs $15.00)

I had high expectations, but unfortunately I did not make any sales from this ad campaign. Not even a single sign-up. It doesn't get any worse than that.

By contrast, I promoted the same program via Herculist for $20 and even although I only received a little over 1,000 clicks, I got several sign-ups and even made a couple of sales.

Even when I use free safelists I often get sign-ups, so to not receive any from a supposedly 10 million email ad is really strange.

I've made other smaller purchases at Extreme Lead Program in the past with mediocre results so I decided to try a much larger ad campaign thinking that would make a difference but I was sorely mistaken.
Needless to say, this was a total waste of money.

Tip for consumers:
Try other cheaper online marketing companies and/or safelists instead.

I ordered an email marketing campaign from this website but their customer service is the worst that I have ever experienced. Their website states that campaigns begin within 24 hours but mine didn't start for 10 days. They are slow to respond and when I complained I was insulted and even threatened by the "senior account specialist" Andrea Lee. I suspect that this might be a scam. Buyer beware!

Earlier this year I received several of the following email ads from Home Business Affiliates/HBA:

On June 25th, 2019 I invested $150 in HBA but after six months I received absolutely nothing in return. I sent several emails but did not receive a response. I then mailed a certified letter and finally got a reply via email in poor english giving me excuses. I told them that it sounded like a scam and requested my money back. On December 27th 2019 they said that they would but never did. I have sent several more emails but I have been ignored. If you see one of their ads buyer beware!

Helpful (2)
Thank you
Coinbase
43.9K Views
“A Nightmare To Deal with.”

This is one of the worst companies I've ever had to deal with. In May of this year I opened an account with them and purchased $100 worth of Bitcoin. At first I was able to send, receive and withdraw my cryptocurrency with relative ease. Then in July my account was suddenly restricted and I was told that I needed to verify my identity via webcam. I couldn't even withdraw my funds back to my linked bank account. (This was after I had already deposited funds and bought and sold cryptocurrency through them! You would think that a complete verification process would take place when the account is being opened.) I don't have access to a computer with a webcam but eventually I was able to find one and I attempted to take photos of my ID along with a picture of myself holding a paper showing the date but for some reason my pictures were not accepted. Since I no longer had access to that computer I wasn't able to try again. I contacted Coinbase support for assistance and they responded with generic emails then another email stating they had to escalate my issue to a "specialist". After a few weeks of unsuccessfully trying to find an alternative method to verify my identiification I finally got access to another computer with a webcam and this time my pictures were accepted and my account was verified. I thought that I would finally be able to buy and sell crytpo again but I was wrong. When I attempted to deposit funds into my account I received a message stating that I was unable to do so and that I needed to contact support. Once again I emailed them and received the following response: "Coinbase reviewed your account and has determined that you are not eligible to use the Coinbase platform to purchase cryptocurrency or use our deposit services. As such, you are no longer eligible to link any payment methods. We are not able to provide you with any additional information." So I decided to simply withdraw my funds but since I hadn't done so in a while (it's not clear on the website) I asked for instructions on how to send the bitcoin to my cash wallet. It took a few more generic emails over a course of a couple of days just to get an answer. They had even sent me a link with instructions that pertained to to a different question. Fortunately I was finally able to withdraw my remaining funds and I no longer have to deal with them. For several weeks my funds were in limbo with no end in sight. It was incredibly frustrating dealing with this company. Their customer support is basically useless.

Back in April I received an email from the owner of an affiliate site that I'm a member of and he was promoting a new affiliate marketing opportunity. I took a look at the page and decided to join. I was instructed to send a payment of $47 through the "friends and family" option via Paypal to be a "preferred member" of an affiliate marketing site called My Inbox Money (including 30 days of marketing with guaranteed sales) but the site has never been working and it has been over 3 months now. They just keep pushing back the "launch date". (The only site that is working is the one that tells you how to sign up and pay.) I have emailed the site owner Athony many times but I have not received a response. You can see the guaranteed sales offer here: https://www.myinboxmoney.com/myvip.php

Raul hasn’t received any thanks yous.

Raul doesn’t have any fans yet.

Raul isn’t following anybody yet.

I used to be a fan of Coinbase, but after they took my crypto at a loss at basically STOLE from...