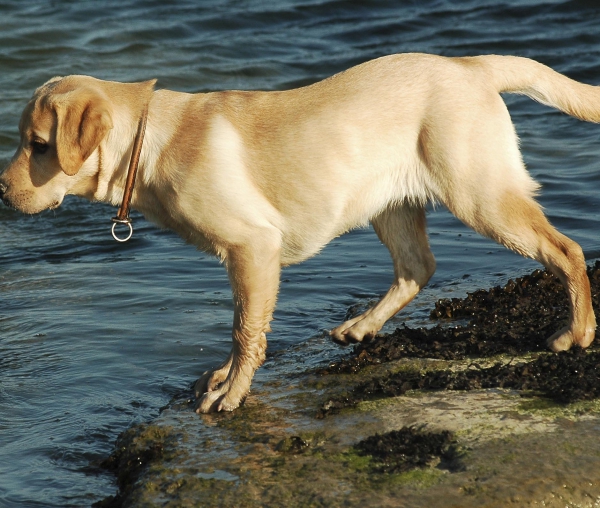 Update 25/02/20: I have received a bill for a Feb-Mar service even though the service is disconnected. The advisor I spoke to had a very passive-aggressive attitude, and he hung up on me.
Helpful (0)
Thank you
MelanieToniaEvans
“The programme could be helpful but the forum is unsafe and customer service terrible”
I want to present a balanced review because there is a lot of worth in what Melanie is intending to provide for people who have been narcissistically abused, but I found that the overall package fell short of what is advertised.

Melanie's programme is for those could be at any point on the spectrum between having been seriously abused by someone with NPD, and those who have experienced what you might call a 'toxic relationship', or emotional abuse in a relationship. This in itself is what makes it so helpful to so many people. The problem with then going on to call anyone who dished out such abuse (NP disordered or not) 'a narcissist' and 'a false self' is that it encourages the idea of separation between 'us' and 'them', which is unhelpful when considering that we are all connected and that separation is in fact an illusion, which is some of what is happening when we find ourselves suffering at the hands of another's behaviour: we are a part of that dynamic, which is exactly what we are addressing when we do the NARP work - OUR part in things ('as within, so without'). Melanie does acknowledge that so-called 'co-dependents' are similar to so-called 'narcissists' in terms of their 'wounding', and I suppose that the categorisation is helpful to provide a language in which to help people understand the dynamics involved, but it also seems to have the effect of encouraging those using this programme to act in what might be seen as narcissistic ways in defending themselves from 'narcissists'. It's so important to learn about boundaries as part of the recovery process, but when we become too fixed and rigid in these then we start to become like that which we think we are defending against, which is evident in the behaviour of some of the moderators and MTE 'support' staff (please see my experiences detailed below). Similarly, when 'no contact' is encouraged/employed as a blanket rule (without considering that while some individuals are downright dangerous, others are far less so), then this starts to edge into 'devalue and discard' territory - classic narcissistic behaviour.

There are so many of these available, which is fantastic, and I found they really helped me to make sense of my experience and to frame it in helpful ways. Melanie is very clear and brings the subject matter to life, and her presence, experience, and insight is inspiring. However, as stated above, there are holes and anomalies in the content (as I've found there is anywhere on this subject to be fair, since the current culture is so keen on labelling people). While it's useful to have a clear philosophy to cling to at a time when you are taken over by the confusion of trauma, and cognitive dissonance, I found that digging deeper left me realising that the subject of how and why we attract certain things and people into our lives is so complex that the labelling part just undoes some of that wisdom and can leave you more confused so beware of relying on explanations that seek to categorise people too far.

I found these relaxing and soothing, which is very useful with trauma.

These have a mix of different ways of shifting or clearing the felt experience in the body, bringing in source as light, and connecting with past lives or selves that may be related to the feeling in your body. Over a 2-month period I did the moduling dozens of times: generally once or twice per day. They are each around 30 minutes long so it is a big time commitment. I don't mind that given that right now I am dedicated to healing, but I didn't feel I was connecting with it in the way that others have. I stuck at it and tried different things like putting some of my blocks into the Goal Setting Module, and sought help on the forum to try to make sense of my own experience and to help myself trust the process. I had such a bad experience there (see below) that it affected my feelings about the whole moduling process, which I was already struggling with. I think it's something you need to really believe in for it to work. I struggled more and more with believing because I wasn't feeling much change in my bodily feelings that I could really attribute to NARP. When I then found the behaviour of some of the moderators and support team so incongruent with the ideas behind NARP, I lost my confidence with it even more. I also now think that there are alternative approaches out there that might be more helpful for me, which I am going to try. I am already aware of Focusing (an approach created by Gendlin following research of what works best in psychotherapy), and found that the key elements of the modules involved something similar. Focusing goes into far more depth in terms of working with the felt sense so I feel that there could be a lot of value in trying this for the trauma caused/brought up by narcissistic abuse. What I found the most valuable about the modules was how they helped me to identify unhelpful core beliefs with greater colour and clarity alongside reading and listening to some of the resources I found this really helpful in uncovering what it is that is 'within' that had led to the 'without'. Now, for resolving these... I feel that EFT (tapping) and hypnosis might be more useful alternatives to NARPing.

Melanie's focus is on 'thriving', which is fantastic, but there is an undercurrent of fear behind the marketing, which goes something like, 'if you don't go within and shift your trauma, you'll continue to experience abuse and will never thrive'. I'm sure there is some truth in this. However, Melanie presents her method as the only answer, and on the forum NARP is certainly presented as the only way the tone being that if you don't get on with it, there is a problem in you, and you're not 'going within', rather than considering that a one-size-fits-all approach may not work for everyone, and that going within effectively might look different for some people (and it doesn't necessarily mean they're not going within!).

I understand that the moderating is carried out by volunteers, who I'm sure in general are nice people with good intentions (one of them tried to guilt-trip me about this), and I think this is a huge factor in the experience I had: while they are people who have used the modules successfully and know a lot about how to get the most out of them, it became clear that they are not people who have been trained in how to hold space or facilitate (at least the ones I came across). Given what the forum is there to do it should be important that anyone moderating (because they're not just moderating posts for offence etc, they're also giving the advice and it is made clear in the code of conduct that those using the forum must not challenge this advice make of that what you will) the space is skilled in communicating with people who have suffered trauma. It became clear to me that the MTE moderators are not, and the power that they are given is easily abused, which for abuse victims is a re-play of what they've already experienced. If people have an issue with anything they post, then the onus is put on the individual to 'go within' to 'work this out within yourself' so to speak, which allows abuse of power to go unchecked, especially when the MTE support people who do the email communications exercise exactly the same kind of attitude. This amounts to a complete lack of accountability, which again is another characteristic of narcissist behaviour and therefore re-plays the abuse experience. I had one particularly awful experience of the forum. I was 'temporarily banned' like a naughty child after I stood up to how I was being spoken to by one of the moderators. Then, the follow up communications I received from their 'support' team just got worse and worse. Really condescending and passive aggressive. I find their approach to be extremely punitive. The horrible experience I had on the forum amounted to being scapegoated, isolated and gaslit (very common things that happen in narcissistic abuse), which would obviously be re-triggering, and then I was treated as though I wasn't 'going inward' because I'd dared to suggest that the issue was something outside of myself. This is really dangerous for those who've already experienced abuse/trauma and have been lulled into thinking they've found a safe haven. When I said I wasn't finding the forum safe, no attempt was made by the MTE team to address any of the issues. In fairness, they did eventually give me a refund of the entire programme, but that seemed more about avoiding dealing with me or the issue, as they made no attempt to repair what had happened either with regard to the forum or their appalling communications.

I think that employing trained staff rather than volunteers would help address the problem with the forum and customer service, but I doubt it's the whole answer: I strongly believe that the composition and culture of organisations reflect the person at the head of the organisation, including their shadow. We all have one, and it is so important to develop awareness of it. This takes commitment within organisations to stay accountable and open and to 'look within' the organisation as well as individually, to avoid projecting outwards onto customers for example. This may be a lot to ask of an organisation, but it's especially necessary if you're going into the business of supporting people who've been abused in any way. I am left concerned for the people who use the forum and end up parroting the same kind of statements as the moderators, and who at the same time as being continually invited to 'look within' are actively discouraged from doing free thinking or challenging poor behaviour when they see it - what kind of message is this to give to abuse 'thrivers'?

I hope this review helps people in making a decision as to whether to purchase, and in deciding how to approach the programme safely if they do.
Helpful (60)
Thank you

Alexandra B. thanked you for your review of MelanieToniaEvans

“Thanks, I've had a negative experience with MTE and was struggling how to word it. Your posts and others have helped me feel "not alone."”

Marysue H. thanked you for your review of MelanieToniaEvans

“Thanks for sharing this. I had problems with the modules too and felt I was in a repeating loop with the moderators. I finally gave up. I also felt Melanie is a bit self-righteous and yes the whole thing felt at times like programming.”

Pineapple doesn’t have any fans yet.

Pineapple isn’t following anybody yet.

I joined TalkTalk to save a little money on my broadband service. I regretted my move as soon as...