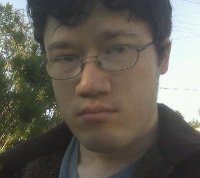 The Electronic Intifada
“Pro-Palestinian propaganda website, claims even the...”

Pro-Palestinian propaganda website, claims even the PLO is too "moderate", aside from that some of its own members like Ali Abunimah and others use Twitter to spread hate but replace the word Jew with Zionist making it okay.

Helpful (3)
Thank you
Rachel Corrie
“How can her parents be so "proud" that she stood up...”

How can her parents be so "proud" that she stood up for a cause where she became a "martyr", even though the ironic thing is she's Jewish, she has been a stepping stone from those who are anti-Semitic to describe how Israel "controls" the U.S. government when it does not.

Yea, how "proud" are you are knowing you help people who see your own people as evil plotters of world domination?

Helpful (2)
Thank you
Northerntruthseeker
“Anti-Semitic blog that likes to claim not being anti-Semitic...”

Anti-Semitic blog that likes to claim not being anti-Semitic even though it does admit to blaming Jews for everything. This blog also rabidly supports the Palestinian "cause".

Anti-Semitic Nazi style website, yet ironically tries to have it both ways with its brand of Jew-hatred claiming the Zionists had connections with the Nazis, but then the operator himself gets to surround himself with white supremacist groups and hate groups like the Ku Klux Klan.

Aside from that, the operator of the website is a well known anti-Semitic troll on the Internet.

What hypocrisy that the Daily Beast promotes, if one were to search any item about Israel it would routinely ridicule Israel for defending itself but any item about anyone else say in a recent issue of the French using military force in Mali and the US helping out as well it's suddenly either neutral or a good thing.

Wow, what hypocrisy who the heck are you to tell what others can and can't do? Why should Israel be controlled? It's funny how the same people like to depict how there is a supposed Israeli Lobby controlling American politics when there is no such thing at all.

It is a lie crafted by the same kind of people.

Helpful (17)
Thank you
VeteransToday
“This website is nothing but vile Nazi-style propaganda...”

This website is nothing but vile Nazi-style propaganda... it is also so disgusting to hear so many people are being fooled by someone like Gordon Duff. This is the same manner how National Socialism was being accepted by the German people... except in this case to fool the American people you need to pretend that you are against putting Americans in "indefinite detention" and "supporting" the Constitution, meanwhile you let apologists for the dead Nazi government to write how "innocent" the Nazis were on your own website which is what Gordon Duff does by hiring the wife of holocaust denier and Nazi apologist Ernest Zundel.

Gordon Duff in his latest episode makes up a claim on how the French company Eutelsat is somehow an "Israeli company" even though it's FRENCH:

If you give five stars to this website, you're a fracking moron for believing in its lies. Seriously, how the hell could Eutelsat be Israeli? Duff likes to suggest he wants freedom of speech, but every time he gets it's only "freedom of speech" for him to blame Jews and never bother to look at the facts.

2nd Update: I am not so fond of owning guns, or being a gun owner, but with the sad pace of how National Socialism (Nazism) in this vile form is being accepted, I wouldn't blame any fellow American Jews to start arming themselves to stop this kind of madness.

An American Hitler will never rise to power, I say this and I am quite Liberal on certain social issues. But oddly enough, the camp that's tolerating this BS doesn't seem to even get it by a long shot that if you go all George McGovern or wRONg Paul, you think these folks would be just like your average types and just sit down and have a civil chat no matter who is presenting it whether it's Obama or Romney or whoever else comes around in the future.

These are people who openly want another holocaust, and they openly state it and when they're exposed for saying it, they go and deny it when it's there as plan as the sky is blue.

Yea for those who give this site five stars, that's what you look up to, conspiracy mongering whores. It's no different from Alex Jones and his 9/11 "Truth" Movement.

Helpful (26)
Thank you
Lew Rockwell
“This site only starts to make a little sense when it...”

This site only starts to make a little sense when it talks about economics, BUT, what it comes to everything else it doesn't deserve even three stars.

Why would a website dedicated to being pro-free market and pro-smaller government attack Gary Johnson for not being Libertarian enough? Let alone during the Bush years they did not mind Michael Moore's pro-government credentials because they cared more about protesting the Iraq war.

And what else irks me is that their economic model falls on the same level as Noam Chomsky's linguistic analysts which ARE CORRECT, but what they like to do is SUPPORT the opposite such as in the case of this frequent blogger at Lewrockwell.com:

Why support Vladimir Putin of Russia?

And also claim that the Pussy Riot is "run" by the CIA even though they're embraced by Occupy Wall Street?

Which btw, Lewrockwell. Com gave a full endorsement of the Occupiers who support Pussy Riot:

This DOES NOT MAKE SENSE then to claim to support a cause that you never bothered to care to support at all. It'd be one thing to condemn the policies of the U.S. government, it's another thing to SHILL for another government's similar policies just because they happen to be on the other side which is so stupid!

Focuses too much on 9/11 "Trutherism" along with well known to hang around extremist movements in the United States... but fails to talk about the Russian opposition to the Russian government.

Just disgusting... how can one justify Robert Mugabe's reign of Zimbabwe? Or better yet... Crazy Kim of North Korea.

Helpful (2)
Thank you
Media Matters
“Will only watch for Conservative bias in the media...”

Will only watch for Conservative bias in the media... never the other side's bias equally. David Brock was originally a hitman for Republicans but switched over to work for the Democrats doing equally horrible stuff.

Helpful (3)
Thank you
Gnosticliberationfront
“Why the heck are websites like this exist?”

Why the heck are websites like this exist? Gnostic Liberation Front member JB Campbell was recently hired by VeteransToday.com which promotes the same vile anti-Semitic garbage. Sadly... there are Gnostic Christians in the ME who are being abused by Islamic radicals... and this same anti-Semitic website says NOTHING about Islamic violence on Gnostic inspired Christians in the ME.

It's all about hating the Jews... does this mean they're also self-hating Christians for ignoring the plight of Christians in the ME?

Maxwell hasn’t received any thanks yous.

Maxwell doesn’t have any fans yet.

Maxwell isn’t following anybody yet.

May H. reviewed The Daily Beast

Daily Beast is awful! Lies, no integrity, truly terrible! I never click on anything they show...