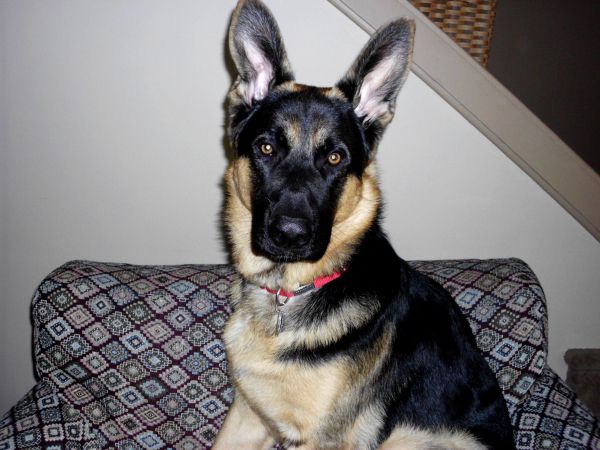 Lisa Barber use to operate New Zion Shilohs out of Fillmore, NY and has now re-located to Machias, NY. One is to assume she is still operating the same, as we are going on 4 years now, and she still has not returned my deposit for a puppy. Cashed my check that was sent in with my paperwork and she quit communication. Wouldn't answer phone calls, emails and no reply to my certified letter. Google her name and New Zion Shilohs and you will realize it's best to find another breeder.

Lisa Barber of New Zion Shilohs located in Fillmore, NY has a website that advertises litters or upcoming litters of Shiloh Shepherd puppies. When contacted in 8/13 she told me if I sent a $400 deposit it would put a hold on one of the puppies in an upcoming litter. When I didn't hear from her in a month I e-mailed her. She replied that the pregnancy didn't take and to call her cell number to discuss upcoming litters. That was the end of any contact I had with her. I did call and left numerous messages, e-mailed & even sent a certified letter. She kept my $400 dollars and quit contact with me. A simple Google search of her name and kennel would have shown me she had done this before. Shame on me for not doing a search but an even bigger shame on her for keeping peoples hard earned money. I have given her ample time to make this right. I will not be quiet on this!

My family teases me about always getting boxes/packages from Amazon. I find I can't beat their prices 9 times out of 10 at our local WalMart plus I get whatever I ordered within 2 days. Love being able to read other customer's reviews to convince me whether or not a product is worth the money. Also the questions that customers ask are very helpful. Can't get that while shopping in a store when you are wondering whether or not to buy something. Also if something is wrong with the product Amazon makes it so easy to be able to return it. No issues ever from this loyal customer!

Honestly cannot beat their prices nor fantastic service! Even the local chain pet store didn't beat the dog food price when they had a sale on it! I get our 2 dogs food, toys etc. from here! Shipping is super fast too! I am always recommending this place to anyone who has a pet.

Saw on their website a 2015 Ford Econoline Cutaway. Since we were about an hour & a half away I called them the day before. Asked Omar if the picture listed was the actual truck being sold for $28,855. I was told that it was however, he would have his boss Manny call me back to make sure it was available. Within a half hour Manny called to say it was and the following day we took the drive. When we arrived Manny met us & I showed him the picture off their website and said this was the truck we were interested in for $28,855. At no time did Omar or Manny say to us that the price of $28,855 was not for the truck pictured despite me asking him specifically if it was. What a surprise when we arrived and the truck was being shown to us that we were then told if we wanted the body shown in the picture the total would be over $48,000. I specifically asked in my initial phone call was it the whole truck pictured and was told yes. Why would you put a picture of a truck on your website with an incorrect price? Personally I wouldn't trust a business that does false advertising and doesn't list the correct item that is pictured. We ended up driving on further south in NJ after that to a dealership that pictured a similar truck and gave the correct price. No games or gimmicks like Fette Ford did. I would never recommend anybody to this Ford dealership!

Tip for consumers:
Do not believe what they advertise!

Helpful (0)
Thank you
Gotapparel.com
“STAY AWAY FROM THIS BUSINESS!”

While placing my order it kept telling me the items were in stock. Their website claims most orders are shipped the same day. After almost 2 weeks when nothing was received I checked and saw that they claim to have shipped my order out 2 days after I placed it plus charged my credit card. I immediately start a live chat with them saying I never received the items that I was charged for. I am then told the items weren't in stock. At that point I asked them to cancel my order and give me a refund. Seriously? You say the items are available, you list my order as being shipped, you charge my card and here you never even had the items to begin with? Find somewhere else! It also took me several phone calls plus I had to dispute it with my credit card because they took so long to even credit me.

MissBetsy hasn’t received any thanks yous.

MissBetsy doesn’t have any fans yet.

MissBetsy isn’t following anybody yet.

On time never had a problem with them great prices and seletions I also like the option for quick...