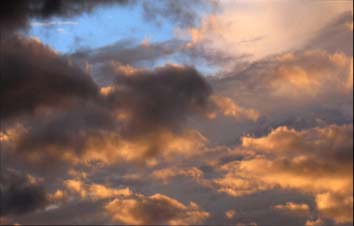 Advantage Stone Fabrication
“The only thing that went as planned”

My wife and I decided to remodel our kitchen, we saved and researched for five years to make sure we did everything right. Unfortunately, the only thing that actually did go right was the installation of our granite counter tops. Our cabinets were ordered wrong, they arrived damaged, etc (lesson learned, stay away from Lowes).
Advantage Stone gave me a very good price for the work we needed, they arrived when they said they would (don't take that for granted), the install had one glitch, the previous counter supports were not level, the installers fixed that, cleaned up and had everything completed on time and at the price we had agreed to. Reading through all the reviews from many counter top places, the key is the installation and Advantage Stone did an excellent job.

I brought my mountain bike to The Fix bike shop in boulder to have a new fork installed, I figured I could do the work myself, but I wanted to assure it was perfect, as the fork cost me almost $1,000. I brought my bike with the old fork in place and the new fork in the box, explained everything and they said it would be no problem. When I picked up my bike, I noticed the handle bar was lower than it had been and when I looked in the box of parts, I saw the spacers that were on my old fork. I asked the mechanic why the spacers were not on the bike, as the handle bar was too low and he said he didn't know I wanted those spacers back on my bike, but I could just add those myself, as he was working on other bikes. I found out later that the fork tube is cut to length and he cut it without adding the spacers, so now there is no way to add them. That was a $1,000.00 lesson of why you do not want to bring your bike to The Fix, as I am stuck riding a bike that no longer fits me and am reminded of this every time I ride.

I wanted to send my daughter flowers for St. Valentine's Day, since she was living out of state and so I tried to find a florist that had good reviews. I called Troy's florist in Ft. Lauderdale for the task, as they were less than a mile away from my daughter's work. I called in to set up the delivery, they guaranteed delivery by mid day (of course the cost was at a premium) and so I gave them all of the information. Valentine's Day was coming to a close and I had not heard from my daughter, so I called her to find out she had not received anything. The next morning she called me to let me know the flowers had arrived at her work late in the evening when the only people there were security; and oh by the way, they spelled her name wrong even though I confirmed everything with them multiple times.
Not worth the risk if you want the flowers to be there by a certain time.

I brought my car in for an estimate and made an appointment for my car four weeks in advance, even though they were only one week out, as I had another car available to me over that time. They were to take care of a dent in the fender and fix four small dings from the last hail storm. I brought the car in as scheduled, they said they would have it back to me before I had to return the car I was using (four days). Two days later, they called me to tell me they could not work on my car because their hail damage guy no longer worked there. Even though I could not understand why it took them two days to figure that out, I asked them to fix the fender, as that was the main issue, but they just said no, they were too busy and I would need to schedule another appointment to bring it in. I explained I had been first on the schedule based on how early I scheduled and that I just need to get it fixed, but they refused. I went in to pick up my car and talked to the manager, but he said they were just too busy to work on my car. I pointed out I should have been first on the schedule, but he just said I can re-schedule but they can't work on it now.
So, I have no idea if the work they do is good or not, as they seem to be reluctant to actually perform any work.

Helpful (1)
Thank you
HHTree
“Helping Hand, more like Bait and switch, don't fall for it”

I was looking for an expert to trim up some of our trees and hedges for a major even we had coming up at our home, I had several bids and Joe from Helping Hand in Longmont, Colorado seemed most knowledgeable even though they were far from the least expensive. We did not want to risk losing trees due to someone’s inexperience, so we went with Helping Hand. I could not have been more disappointed, my wife was home when they did the work, but there was a significant communication issue when she tried to explain what we wanted, so I called to have Joe come back out to walk the property with me. As it turned out, he was not even on site when the work was performed, he had a crew come in and perform the work. Joe agreed the work did not meet our agreement, so he said he would come out personally and take care of it. To my disappointment, I am not even sure if they showed up for the second visit, nothing had changed, so I called Joe again. Joe stated that his guys were out there and should have fixed everything; I asked if he could come out to see for himself that everything looked the same. Joe said he would come out the next day and fix whatever was in need, I never heard from him again. I went to Home Depot, bought the best electric trimmer they had and trimmed up the yard and it looked great. Wish I would have done that from the start, it would have saved me thousands.

My roof was leaking during major rains and snow melting, so I shopped around for a good roofing company. One of the roofing companies that bid on the job was DeFoe Roofing, they were very friendly and showed up right on time for the bid. The owner of the company (Rodney De Foe) showed up with his admin, they climbed up on the roof to inspect and then gave me an overview of the issue and what they would do to repair. The price was reasonable, not the lowest, but they seemed like someone I could count on to do a good job. There was a significant delay before they actually showed up to do any work, so I called and asked when they were going to do the work, Rodney said they were building the part of the roof they would be replacing and would get over as soon as it was complete. When they did show up, it was a crew of two (not Rodney) and they proceeded to tear off the old shingles. Before they left, I asked them if they had the material they had built off site, the guy seemed surprised and said there is nothing to build, they were going to form in a piece of plastic and shingle over that. I asked when they would be doing that and he said in the morning, but the roof was protected in case it rains. Well, they did not call or show up for several days, we were getting rain and my roof was leaking worse than ever, so I went up to look and there was no protection at all, just the plywood exposed. I called several times, Rodney said due to all of the rain and hail, they had a lot of new work and so could not get to my job because it was much smaller than the others. I continued to call and stated that I was getting someone else to finish the work if they did not show the next day, the crew did show up, completed some of the work and left stating they would be back in the morning. They did not show up the next day, so I called each day and they finally showed up on the fourth day and finished.

I ordered a bike light (59.99 + shipping) from DX.com, they claim the order would be received within 14 days. After 3 weeks I contacted them and they said it shipped 3 weeks ago, so just give it more time. I contacted them again after 4 weeks and 5 weeks, each time they said just wait a little longer. It has now been six week, they will not cancel or refund the order, they just keep telling me to wait. The tracking numbers they give me are not recognized, so each time I asked for a tracking number because the last did not work and they give me a new one that does not work. Never again.

Flowers never showed up and after talking with someone several times, they said they would refund...

Charged us for the flowers on a credit card. Then a couple days later sent us an email saying...