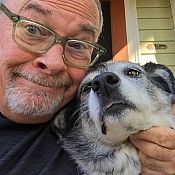 I used "JustFly" in late August 2018 to fly to Cambodia, in addition, I had a ticket for a travel companion to join me one week later... both using JustFly.

After booking, but prior to departure, the departure time from my hometown was changed by only a few minutes and I received updated information.

I attempted to check-in with my home departure airline, 24 hours in advance, Alaska Air and was told I had two different confirmation numbers ( I think that is the correct term) and I would not be allowed to fly. I spent literally 6 hours on the phone, making multiple calls to JustFly and I recorded each conversation. The JustFly representatives appeared to be Totally Clueless as to my problem and told me I would have to call the airline in China.

After 6 hours and multiple calls to multiple people, A call to the Chinese airline I was traveling on told me the ticket needed to be reissued, that it should have been reissued when there was a change, but it was not. Eventually, with that information, I again called JustFly and I guess they reissued the ticket, because I did fly.

My companion who was to join me a week later, was denied boarding the Alaska Air because of the same reason. A wonderful Alaska Air agent spent 6 hours attempting to correct the issue, and finally got her on a different flight and arrived one day late.

JustFly is clueless and were horrible!

Justfly is the worst travel agent on Earth. Avoid them at all costs. Even when the airlines...

What a scam. I have liked Justfly in the past but when I just tried getting a refund for 2...