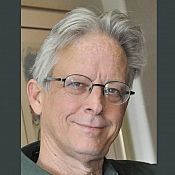 One star only because that is the lowest I could rate them.

My wife arranged for a GE service technician to repair our washing machine, which was not draining. The the day of the service I received a text message telling me the technician was "on the way", and showed his location to be about 30 minutes away. He showed up an hour-and-a-half later, unaware that he was late and without any phone call or other communication on the matter.

Twice during the service call, the technician asked me for items he needed - first, a bucket so he could drain the washing machine, and then a pair of needle-nosed pliers to clear a piece of clothing from the filter chamber. I was giving some form of assistance during the entire process, which took about 20 minutes.

I was then presented a bill for $233; $99.95 for showing up (late) and $115 for clearing the filter. I told the tech I thought that those charges were excessive, especially so under the circumstances. He gave me a business card with an 800 number, but that number was only for setting up service calls.

When the bill came in the mail, I called the 800 number supposedly for "billing disputes", but the automated menu offered no option for billing disputes without an existing case number, so I selected that option. After being on hold for a while I selected the call-back option, and a customer service rep did call back. From the beginning she said she was a "top-level" rep. This turned out to not be true. She said later that she was not authorized to adjust the charges, which was contradicted by her supervisor when I spoke to her.

What I was told by both the "top-level" rep and her supervisor was that the work was done and the charges would not be adjusted. By way of response to my complaints, they said the only thing they would do is pass my complaints along to the service department and that there would be no adjustment to the fees.

So, in a nutshell, GE Appliance Service, by their own admission, departs from industry service standards by NOT crediting the service call fee $99.95) against repair charges. They also feel it is appropriate to charge $115 for 20 minutes worth of work. GE Customer Service does not care how poorly their technicians perform in terms of coming in a timely manner, or actually prepared to do the work necessary. They don't care that their customers are put at an inconvenience and asked to provide tools to the technician. None of this matters to them.

Not that it will make any difference to a huge company like GE, but I will make it a point to warn anyone who will listen to avoid using GE Services, and instead look for someone who actually cares about the customer experience and is willing to do more than pay lip service when a customer is dissatisfied.

The GE Appliances support has been the worse I have ever experienced. With a new refrigerator...