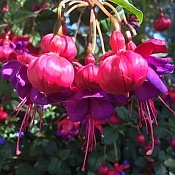 ao.com
“the left hand doesn't know what the right hand is doing!”
• Updated review
almost 3 weeks later we still have a broken washing machine. after a minimum of 10 calls to and from ao.com we are still baffled by the poor standards of this company. how easy is it to arrange and fix a washer??!

we've had technicians claim they've turned up when they haven't (working at home we'd know), random calls and texts from call centre staff claiming no knowledge of any previous call or record of it. numerous calls saying the technicians will visit on certain days. the most obsurd call we had was calling (number listed in nov 2019 but now removed) 0333 number from the ao.com site and having domestic and general answer, take all our repair needs down; make, model, date of purchase etc and then having to listen to a call centre agent read from a book stating for 15minutes the terms of a new insurance package with them (which if he'd have asked...we already had). needless to say, we cancelled it promptly. he had no awareness that their number was on the ao site! at one point I wasn't convinced it was a human I was talking to and had to ask!! then theirs the ever changing call out charge; if a tech can find (in their opinion) nothing wrong with the appliance they will charge £155. in the space of 2 weeks that cost went from £55 to £155!

between ao.com, the washing machine manufacturer company and the repair technicians (all calling us), none of them know what the other is doing. they may have been decent in 2015, but in 2019 they are shocking!

they have been nothing but grief. despite having a yr warrantee, we will probably pay someone independently to repair their dodgy machines in the future just to avoid the stress that comes with ao.com.. be warned. life can be stressful enough these days...don't make it worse! :)
Helpful (0)
Thank you
“awful and stressful”
• Previous review
we bought a washing machine several months ago, as soon as we put it on it was a lot noisier than we expected. I stated online that it was a particularly quiet one, so we were disappointed. then the drum progressively started moving forwards and backwards. almost wiggling around as it span, which we realized was causing a lot of the noise. we called ao.com to get someone out.

the customer services alone are a trip! so rude and ill mannered. barking at people. a horrible experience. needless to say, we will never be buying from them again and felt compelled to inform the unsuspecting! be warned.
Auropaint.co.uk
“nasty paint”
I contacted auropaint to find if a 'white gloss' was appropriate for a door to be painted with. after they stated that it was not only fine but the only undercoat needed was a 10% dilution of the chosen paint, I bought the paint. I applied it to the door and immediately it stained the door a nasty yellow colour. I contacted the company and the bs began. they asked me to fill out a poorly structured, 4 page form. I did and returned it, but from the state of their form I could tell where this was going. after returning it they emailed saying: "It seems the door had an acrylic coating, made of moulded material (MDF) from looking at the pictures. The advice from Germany suggests that the coating has reacted to the Oil in the Eggshell causing it to split. I would Expect the Gloss to have a slight creamy colour overall due to the Linseed Oil. However, looking at the pictures, it seems that the yellowing is happening in patches. This usually happens when the oils have nowhere to go, if they can't be absorbed into the wood then they will find their way out through the surface. In this case, I do think special primer should have been used & a test with the Gloss to make sure it was compatible".

another company shifting blame onto the consumer, when in fact the truth is its another terrible product. avoid.

daisy hasn’t received any thanks yous.

daisy doesn’t have any fans yet.

daisy isn’t following anybody yet.

BE AWARE POOR CUSTOMER SERVICE IF SOMETHING GOES WRONG!! Be prepared to be passed back and...