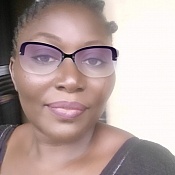 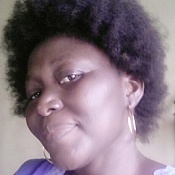 PaidViewpoint
“Fairly Good”
If you are interested in taking surveys to make money online and you are always on the go type, you have no much time to spare paid view point is the place to be. Their task takes less than 5minutes to complete and you are done for the day, but I must tell you to deal with the site you must be very patient, earnings takes time to grow except you are ready to do the referral job.
Nevertheless its a great place to be and if you ever think of trying them out click on the link below to sign up
Gekuqz
Helpful (3)
Thank you
Timebucks
“Good”
Timebucks is another website I love to visit everyday after Wowapp, they are consistent with what they do. If you are looking for a site that would keep you busy all day, them Timebucks is one of the places to be online. Recently they are adding to the task on their site which means more money for you. My only problem with Timebucks is the restrictions on surveys for some countries. This limits how far you can go to make money with them no matter how determined you are. This sucks a lot
Helpful (0)
Thank you
Passive Income
“Great”
Are you looking for a legit site where you can make passive income? Its not a problem to try other opportunities.

WowApp is continuously for a lifetime.
Building a great network has a lot to do 4 you because with hardwork perseverance and consistence, you would reach a level where the percentage you receive from your network is enough for you to earn a living and cash out every single month as you wish.

Never miss opportunity of a life time no matter what, how, where and when.

I sincerely believe in network marketing potentials, its my choice and my understanding.

Remember the link is https://wowapp.com/w/douciee
Helpful (1)
Thank you
WowApp
“Your future in WowApp”
WhatsApp started in 2009 and now has more than 1 billion users

Facebook started in 2004 now has more than 1billion users

Trust the instinct base on how fast it grows that when wowapp celebrates its 10th anniversary, it will have more than 2billion users. What this means is WowApp would have been able to produse a hanful of people earning a living comfortably just by using the app based on the fact that WowApp gives you an opportunity of becoming a share holder by joining its network, it shares 70% of its profit to active members to the 8th generaration.

Imagine you having a network of thousands of active level 1 members who also have active members that you earn just $1 from to the 8th generation?
Its unimaginable but it is possible.

(party) Wowapp members will reach one billion users in the future and beleive me it won't be long, make sure your network is among the big numbers of them all

Take time to grow your network, tell everyone you know to join now. Wowapp can only be registered only by invitation. Use your personal invite link and spread it on social media to invite more people to sign up for free

Develop and grow your network well patiently and consistently

They used to spam more than anyone else, now after reaching 14.91,9 cent before cashing out not...

02-04-2020 UPDATE... Contacted PaidViewpoint about what happened and the next day I received all...