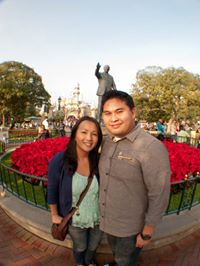 Sprint
“Just stay away from this company”
I switched to Sprint 2 months ago. Not only were we flat out lied to when we signed up in store we've also been straight up lied to by tech support and their billing department. We were told we were required to buy phone insurance for a minimum of 3 months, but when we revived our (2) Galaxy S10's and one of them had hardware issue 2 weeks later, we were told we did not have insurance and to contact Samsung. I was told twice by their tech support that they would send out a replacement over the phone and 3 times by the store they fixed the insurance issue. They did not put int he replacement order for t he phone once and told us it was on the way the second time and I found out that they denied the "phone that was on the way." I eventually got it fixed over a 5 hour phone call where I kept escalating it up the ladder and yelled at everyone I think worked there. We were supposed to get their unlimited premium plan for a discounted rate for the 1st 3 months, but that never happened and I've been trying to get our planned switched to unlimited basic for 2 months now and they still keep messing that up. They keep saying its fixed, but our bills and MySprint site says otherwise. I've been working on it today and it seems It's fixed, but it's been a real headache and draining. The service has been fine since now we roam on the tmobile network and the plans and phone prices are good. I would never use this company again or recommend it to anyone.
Helpful (1)
Thank you
Vayama
“DO NOT BOOK THROUGH THIS COMPANY!!!!”
DO NOT book through this company. We booked from LAX to Taipei on July 2015 for a flight in Dec 2015. Our work schedules have caused us to delay this trip. It is 9/16/15 and I just got off with their customer service rep and I have not been more mistreated from people that don't even like me. The "agent" and I use that loosely was more concerned in putting me on hold than letting me finish my sentences. We need to cancel the flights and their cancellation fee is a total of $400.00 USD and even if we were to switch flights it would still be $400.00 USD. Does Vayama think it's a privilege to book through them or something? They were really quick to impose a $400.00 fee on a trip that was being cancelled 2.5 months in advance. Then I asked about switching flights and their policy on it and I had to stop her 5-10 times from putting me on hold before I got her to kind of explain the policy if the flight was less and if we would be refunded the difference minus their $400.00 Vayama customer raping fee. From what I can tell they already charged us $300.00 +/- for their agent imposed fees. I've switched flight at the terminal for far less.

We read the bad reviews and it looks like we are going to pay the price for going with such a horrible company. Don't waste your money with them. On top of that we purchased the trip insurance, which is through AIG (Travel Guard) Vayama did not purchase it. I spoke to AIG and they had no record of it's purchase. We requested the policy number of our travel insurance and Vayama gave us a phone number and we had to call AIG, who were very helpful. So I have an email from Vayama that outlined the cancellation fees and when I called back to cancel they also added that $30/person would not refunded. When I ask for all the fees and deductions for a cancellation that should also have been explained.

So $130/person to cancel a flight 2 1/2 months ahead of time and China Airlines will also charge $100/person. So $460.00 later we are free of this scam of a company and will book elsewhere and save money even with the $460.00 taken into account. Vayama by not purchasing the trip insurance prevented us from getting a full refund. I see it as they took our money for a service and did not purchase it as agreed this is essentially stealing to me as they probably were not going to purchase it anyways. We gave them a shot due to the good fairs and bad reviews hoping it was just the worst case scenarios, but from our first contact with them to our last it was horrible. The last conversation I had with the agent was to send us a confirmation email and him saying it would take a few minutes. I asked if we could wait since I didn't want to be on hold forever again and he said will take a a little while. So I responded with so if it doesn't come shortly I should call back and wait on hold forever? His response: "Yeah." I was fairly heated at this point and pretty much gave up and said whatever then and he said bye. I usually don;t blame people for doing their job especially if they are nice, because I know it's usually not their fault, but the two reps I spoke to were just rude and cut me off several times and either put me on hold mid sentence and in several case did not warn me they were going to put me on hold. I just heard a dead line several times and got hung up on twice.
Helpful (5)
Thank you

Buck hasn’t received any thanks yous.

Buck doesn’t have any fans yet.

They charged my bill even though my phone wasn't activated. So I had a pay a total of &106 for my...

We going thru some hard time, some people losing jobs and sprint decide that this was the perfect...