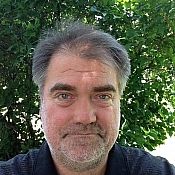 Verizon
“They confessed to the problem, but didn't fix it.”
• Updated review
After a year of problems Verizon never responded to, I got through to a Verizon manager. Shortly thereafter their technicians confessed to what my speed tests showed all along. They worked on it. It worked ONE DAY, and failed thereafter, and has sense then. I continue to get ZERO upload speeds (their network ignores my keystrokes completely), HUGE ping delays (web page after page crashes, even hospital web pages needed to schedule Covid tests won't load). Verizon's ongoing, neverending failures could literally cost lives. They just don't care. I pay every month for UNLIMITED data. Avoid Verizon like the plague.

Helpful (0)
Thank you
“Data badly underperforming & refuse to fix it”
• Previous review
I conduct an independent speed test every week or two of Verizon's supposed 4G data from home. Download results are about 5% of the proper speed, 18 times slower than advertised. By definition, 4G should be 12 Mbs says Wikipedia https://en.wikipedia.org/wiki/4G?wprov=sfla1. See attached speed test taken from my home where Verizon download speed was 0.11 Mbs with only 30% stability.
Zero upload speed with zero stability means no internet surfing because my keystrokes never get sent out. Massive ping delays literally off the scale at 999 milliseconds also cause website crashes. Compare the fast test of 20.64 MBS download with the slow 0.94 MBS download right after it. Those were taken 2 miles apart and 5 minutes or so apart, all else exactly the same. On the Interstate freeway where you can't use the phone, the network works fine (20.64 MBS), but downtown their network is worthless (0.94 MBS, the fastest in a long time from home, but WAY under 4G), but they refuse to even troubleshoot it for the past year. My phone itself has been tested by multiple Verizon experts in several of their stores and unanimously they said there is nothing wrong with my phone. All speed tests are conducted at my home located on a major thoroughfare 2 blocks from the heart of down town. I just gave up on a chat with their customer service lasting nearly 2 hours yet featuring only 4 texts from them in that time, asking for information they have repeatedly been given.
A second 2 hours goes by with no response from Verizon, and I give up. Horrible customer service. One evening I had a file to download which should have taken 1 minute. Six network failures in a row, and 4 hours later, the download is a total failure. In 4 hours Verizon has not even answered their own chat help line. The next day I use McDonalds WiFi and download that file in 45 seconds. I have filed multiple complaints with the Better Business Bureau against Verizon. Verizon doesn't care one bit.

Darntough.com
“The best socks that exist, period.”
I bought one pair to test them out and see if they were really worth the price. I work for a railroad, and walk long distances at a fast pace over very rough, heavy gravel. I immediately ordered more, a pair for every work day of the week. Any other sock is a joke and an insult to your feet. They are worth every penny. I never dry them in the dryer. Just air dry them. Plus I have size 15 feet, and these are the only brand of socks I have ever owned that actually fit and have not shrunk one bit.

Helpful (0)
Thank you
Chess.com
“Far too many cheaters, and getting worse every day.”
I've played 3,500 games on chess.com. It used to be fun, but lately it is saturated with cheaters. People have found ways to artificially lower their blitz rating far below their actual tactical ability, so their games are all one sided. People make instant and flawless moves way above their stated elo ranking. The fun is long gone out of this program, and until Chess.com gets rid of the infestation of cheaters, find another program. Their response here is merely a cut and paste public relations statement posted verbatim to many sites. It bears zero relation to my experience as a diamond level member of Chess.com. What they don't want you to know is they split paying members into favored and disfavored groups, and only their favored group get good service, and the rest are abandoned to abusive trash talking cheaters though you payed as much or more as anyone else. Their head of customer service treated me so rudely that the CEO sent him an email ordering him to treat me better and sent me a copy of that email.
Helpful (16)
Thank you

Nick B. – Chess.com Rep 12/10/19
Hello Brian,
I'm very sorry for this poor experience. When members artificially lower their rating, this is referred to as "Sandbagging" and is not tolerated on Chess.com. We frequently remove players who misrepresent their playing strength in this way. On the subject of cheating, we at Chess.com have gone to great lengths to detect cheating and to remove cheaters from the site. In fact, we're confident that there are fewer people cheating on Chess.com than any other chess site available. In the month of October, we reviewed more than three millions members' accounts and closed more than 5000 for Fair Play violations. Cheating simply has no place on Chess.com and we do our utmost to prevent it.
If you'd like to review games or discuss a situation where cheating may have occurred, please write to us at support@chess.com.
Thanks!

Published review 11/23/20 I spent more than 3 hours on the phone with Verizon customer service...

Went and got a 12 phone. The phone dropped every call I made and anyone that called me... Went...