MiraHerbals has a consumer rating of 4.69 stars from 13 reviews indicating that most customers are generally satisfied with their purchases. MiraHerbals ranks 24th among Hair Care sites.

See all photos
How would you rate MiraHerbals?
Top Positive Review

Amazing product. I've been struggling with thin hair and bald spots for 15 years, but ever since I started using this product I've seen great results.

Amazing product. I've been struggling with thin hair and bald spots for 15 years, but ever since I started using this product I've seen great results.

Bought it for a family member whose hair was starting to grow thin and started seeing great results after consistent use.

I love this product, I can't wait to get my new order. After using this my hair is back to the beautiful thick curls I used to have, and I'm so grateful!

Tip for consumers:
I used this and it’s awesome ! I can’t wait for my new bottle.

I bought a bottle of the Gro Hair Oil a few months ago and have been using it 2-3 times per week. I bought this product because my hair started to thin out over the last few years and stopped growing after a certain length. This product has worked wonders on my hair - it has finally started growing beyond this length and feels so much healthier. I found this product when I stumbled across Rob Maraby's Instagram page - Rob Maraby is clearly very knowledgeable and passionate about hair loss. After listening to and reading his detox guides, I just ordered some detox products and am very excited to try them out! From what I've seen on social media, it looks like Rob is very responsive to any questions regarding his products as well as the general topic of hair loss and detox. Would definitely recommend.

Great customer service, great product, and even better results! I've been using Gro Oil for 4 months and it is magic. Highly recommended!

Love the products! I cant remember the last time i was able to tie my hair up and not worry about my ball spots! Customer service rep i contacted was very informative and helped out alot!

I have nothing but praise for MiraHerbals for their professionalism and fast service. I am impressed and I will buy from the again Thank you

I am still really amazed how the product makes my hair feel and look so healthy. It has been 4 years since I used it and I haven't stopped since. Haven't had dandruff since and hair is thicker than before.

After ordering 5 bottles all together I can see a big change grew very fast and my hair is healthy..

I have been using it for a month now and my hair fall has significantly stopped and my hair feels thicker. I have tried quite a few hair oils and this one is good as it has no smell and it is not thick and heavy. I got my product really fast as well. I love this product and i am a part of thier monthly club

I received an ad to recieve a free bottle of Mira oil and only pay for shipping. I recieved the oil about 2 was later. Really didn't use it much. But found that with in the next two weeks basically a month after I had ordered the free sample the company charged me 49.99. They had enrolled me into a hair oil club. First they said I signed up for it. Saying that I had 30 days to "try" the oil and then if I didn't like it I could cancel. Mind you I hadn't had the oil for a, month yet. I Ordered on 12. 12. 15... I received it on Jan 2 16... and on Jan 11.16 they charged me 49.99... I then sent them the ad I had corresponded with and it didn't mention any 49.99 charge or membership. So I asked for a refund. Thru told me they had made a Metairie abd looked at the wrong ad and they would be processing a refund. After 3 business days passed I did not see a pending refund in my account so I emailed them again. Because they do not answer the phone. Or return phone calls. They then sent me a screen shot of a supposed refund they had processed for me. I saw they last four numbers of the card they were refunding and made them aware that that was not my credit card. And I gave them until Friday to refund my money. Friday came and went no refund. So now i have to dispute this with my bank. But side theft were stupid enough to admit they made a mistake, agreed as if they were going to give me a refund. All the while hoping I was dumb enough to not read the fine print. Oh and get this. I told them I did not want to he signed up for any reoccurring charge they assured me that I was being unsubscribed from the hair oil reoccurring order every month. When my husband called the bank it was obvious that too was a lie they were going to take 49.99 the next month too! So the bank blocked them. I paid for shipping and handling and without my consent they signed me up for a reoccurring bottle of hair oil for 49.99 a month every month! There was no place to cancel this subscription... bc there was also no where to sign up for it! Beware of this company. They also charged international fees and the phone number is in New York. They won't return phone calls, and they will not refund your money. They are liars. As for the oil I hear you can get the same product from any Indian store for 10 dollars. And in larger quantities... Avoid this company another one of their phone numbers is a real estate firm answering service... The product does not work btw... and the ppl behind the company are scam artists.

Did you experience any bad reactions from using miraherbals?

No. I haven't had any negative reactions to this product.

Are there other similar products to miraherbals that are cheaper or better?

So far the best product that I've found. There are cheaper products out there but do are not effective.

Iam in montreal where do i get to buy your product

Hello, we are so sorry for this delay. Our website is miraherbals.info Thank you for your interest!

Is miraherbals.info a scam or a legit company?

Are there other similar companies to miraherbals.info that are less expensive or better?

How do I know I can trust these reviews about MiraHerbals?

To find more information about reviews and trust on Sitejabber.com please visit about us
Have a question about MiraHerbals? 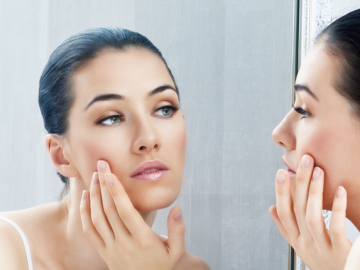 You use expensive skin creams, eat nutritious foods, and drink lots of water. While your body thanks you for these efforts,... read more