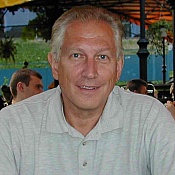 Foolishly I trusted Kickstarter's campaign for Lance glasses which are also promoted by Indiegogo. This was a complete and horrendous RIP OFF. The campaign promotion touted that by backing this "Lance Air Glasses" manufacturer in France, one would be able to obtain glasses at the spectacular price of $89.00 plus $15 for shipping. Unknown at the time and not explained was the fact that this was NOT the final price. Also not explained was the fact that it would take months for one to even start the real ordering process to get the glasses made to one's requirements. To make a long story short, by the time I was notified (through a "Survey" process) about the details of the glasses that would be needed, it was too late to back out of the "backing". The REAL PROBLEM was that the cost of the glasses (once the prescription information was being entered) was a ridiculous price that is 2 to 3 TIMED HIGHER than one could get for these glasses at any retailer in the US. The entire process was a disaster and leaves one with the feeling of being cheated and abused by glitzy Kickstarter and Lance Air BS. I will never trust Kickstarter again. The money is now lost as the delays caused by Lance Air and the Kickstarter team made the time for an eligible refund to quickly run out. Do yourself a favor and stay away.

Tip for consumers:
Do not trust Kickstarter, they apparently cater to the manufacturers and not to their backers.

These guys are too big to be person oriented. All they care about is getting your money. Nothing else. At one time they were great (albeit expensive), but you could count on them. Now that they merged with several other companies they are a the start of a monopoly and they could care less about their customer.

Great prices and fast shipment. What more would you want? 1000Bulbs really cares about service. The Web site is easy and the selection is what you would want.

Helpful (0)
Thank you
Blinds For Less
“Less what?”

Most likely: less savings, less options, less service, less quality, and less care about customers. They were one of the highest priced blinds companies when we last tried them.

Walter hasn’t received any thanks yous.

Walter doesn’t have any fans yet.

Walter isn’t following anybody yet.

I'm writing this after backing over 100 projects on Kickstarter. Let me start by saying I love...

As of writing, almost 70% of the projects are over priced, but you will come to know only when...