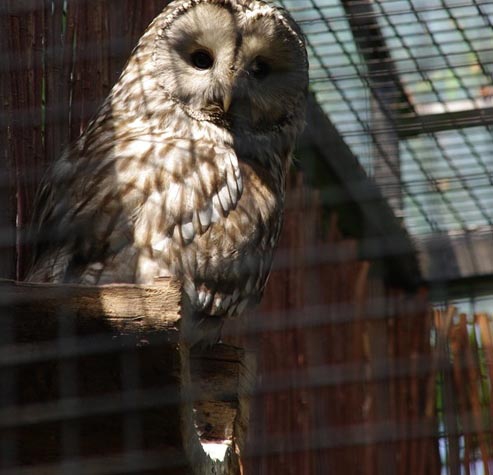 This is a complaint and a word of caution... Back approx 15 years ago I took out a long term health care policy through the Blue Ridge Mountain EMC in N. E. Georgia. This was something I thought was a smart move as all of us get older and think it helps with expenses and a load off your family. In the beginning, it was Great
American Life Ins. Company. I paid this company the payment every quarter for many years. Several years ago they wanted me to switch to some other company and I opted to stay with them. Things went ahead and then the premium started going up. I'm thinking it is a once in a few year thing, so I continued to pay the payments. Until recently, I get a letter from a company called Continental General Ins. Co. They were letting me know that my premium is going up 16% more. Who is Continental? As I looked closer it is part of this Great American Life company. It appears they have more companies like Loyal American Life Ins. Co. In the course of this policy I have had several increases and now the bait and switch thing has taken place. They know that as you age and you income is limited they will just price you out of your policy. At least that is how it appears to me.
In retrospect, I do not recommend a long term policy. The cost of long term is several thousand a month. This policy would pay only 100.00 per month and cap at 300,000.
Invest your money in a good bank saving account with interest and along with your SS and retirement you do not need a long term policy. Not to mention government payments kick in for those who fall short. I never thought I would agree with Ralph Nader on anything, but today I agree most insurance is a rip off.
Most health care is way over priced. Hospitals way over priced. Don't misunderstand, I'm not pushing Obamacare or socialized medicine. However, there is a need to reform not only the VA, but stop the greed within the public arena. I have figured out two things to add to the list of absolutes... drugs are the plaque of the planet and greed is the down fall.
This country can do much better than it is doing. It is the greatest country on the planet. It has just lost its way. They say, "Politics and religion don't mix". But I say," God and Government that founded this country do mix". The compassion, concern and respect for another life should be everyone's concern.
This concern starts with civic involvement. I could go on but feel I have made my point for those with ears that hear.

Helpful (1)
Thank you
PC Matic
“Another Joke of a company...”

I purchased PC Matic and downloaded it after seeing all the TV ads and the claims they made. I use it for about three months and continually had problems with my computer. I'm still not sure I have it completely straight. I ran it almost every day because my computer keep acting like it had a virus. PC Matic kept saying everything was fine. Finally, I decided to try Kaspersky because that is what I replaced with PC Matic. I only downloaded the trail version to start. BAMB! 4 Trogens popped up. I use then allow that software to clean up my computer> also added Malwarebytes as added protection. My computer is working, but still not up to standard. I think PC Matic allowed so much garbage in that I will need to get a professional. How sad! Things will catch with folks that are pissing on your leg and telling you it's only water... Roy

Helpful (1)
Thank you
Legalzoom.com
“This company is a joke!”

I'm not sure if anyone at this company has a brain. They died me up for two months. A simple corporation set was what I needed. During this time I spoke to 5 different people who all ask the same thing and had the same problem. What state was I in again? What the name of the corporation you wanted? I was amazed how these people found their way to work, On second thought, maybe they were work from home employees. After the 5th person called me I just had my money refunded on the spot. I then went to the secretary of state of my state an less than an hour I have the paperwork sent to me and all filled and in the mail. The folks at your secretary of state will help you. The paperwork is easy and all for 100.00 buck, at least in my state, you can do it too. I then when on line and found the company that makes and sells the corporate documents and corporate seal. This was another 85.00 bucks. Legal wanted around 400.00 for took me less than an hour. I predict Legalzoom won't be around much longer without someone getting a handle on how poorly it is being ran.

We apologize for the poor experience you had while transacting business with our organization. It is LegalZoom's goal to provide its valued customers, such as you are, with exceptional service during every interaction. Your comments and experience are important to us and we appreciate and welcome your feedback. Please be reassured that we will forward your comments to review our operations and determine where improvements need to be made. Please feel free to contact us directly via help@legalzoom.com.

Roy hasn’t received any thanks yous.

Roy doesn’t have any fans yet.

Roy isn’t following anybody yet.

About mid Oct. Started to get "unable to complete scan" message. Tried to get in touch on line...

I ordered my documents. I answered every question available. The questions did not allow for...