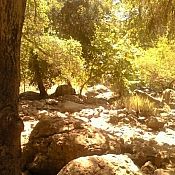 Amazon
“Amazon is great!”
I really like Amazon, and have been a customer for many years, and everyone I know buys off Amazon, and has a Amazon Prime Membership. Love Prime video and watch it every day. They have great customer service too. If I have had any problems I call their 800 number and have been taken care of pretty well. I have bought many used video games off of them, and gotten some of them for free because they weren't up to their like new standard as advertised. I knock off one star for their quality control department though, because whoever they got working in quality control sucks half the time because they will mark something like new that looks far from it. Sometimes I think maybe they substitute the like new product because they accidentally gave mine to someone else that bought the good to average condition one. One time I bought a used like new Ps2 video game off Amazon they gave me a beat up scratched up video game, and put a like new sticker over the a sticker that said it was good. Yes an Amazon employee tried to scam me into believing they gave me a like new product. I called the 800 number pissed, they told me sorry that happened, and they would give me a full refund, and have someone investigate the incident. They also told me I can keep the game, or toss it out, or give it away, and I didn't need to send it back. Hey the game was still playable so I just chalked it up to I got a free game because they did something stupid, apology accepted.
Helpful (0)
Thank you
Swagbucks
“I love Swagbucks”
I love Swagbucks and get on it every day, and do surveys etc. to earn extra cash. They have several ways to earn extra money, and stretch your dollar.
Helpful (0)
Thank you

Amazon is simply the best website to buy anything. With two day shipping Amazin revolutionized...

Its very greatful experience i bought some brands shoes (addidas) with perfect price and free...