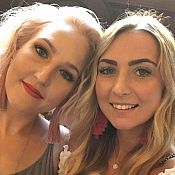 AquaBliss.co.uk
“DO NOT ORDER FROM HERE”
Ordered a toilet from here, was told delivery would be in 3-5 days. It wasn't, so called them and got told it would be another couple of days because the driver damaged it. It didn't arrive, so called again and was told another delivery date and that the company that they bought it from had gone into liquidation. It didn't show up again, was told on the phone that a pipe set for it was missing but it would be there in 2 days. Still wasn't delivered again so called and demanded a refund, this was nearly 3 weeks after my date of ordering and it seems they palm you off with any excuse they can think of. It's been nearly a week and still no refund so I have contacted citizens advice on the matter and reported them to trading standards. Anyone in my position I recommend doing the same so that there is a paper trial in your favour. I'm not holding out hope that they will refund without a fight. Phone service is appalling and one guy actually got really aggressive with me last week and told me "if you don't like it I suggest you call your bank"
Helpful (0)
Thank you

Ria hasn’t received any thanks yous.

Ria doesn’t have any fans yet.