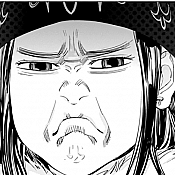 YouTube
“Youtube is there.”
First, Youtube is one of the only big video archival sites around so I have no interactions with a competitor, since there really is none that have the backing of Youtube. If there was such a competitor to compare YouTube with it would be easier to rate it as good or bad. They have smashed their competition to death because of just how fat they've gotten.
Second, Google is one of the biggest companies in the world and they actively use YouTube as their guinea-pig. Youtube Heroes? Obviously thats corporate as hell, why use YouTube Heroes to police the site when the site is COMMUNITY based. Why does YouTube need appointed officials of the community to be their "Heroes", and why does YouTube choose them themselves?
Third, Youtube Red is frankly not worth the price it is when Adblock does the exact same thing for nothing. The content on Red isn't even good enough to shell out the dough for. "I have premium so I know what I'm saying here"
Fourth, recently I've been recommended the same videos over and over and over and over and over AND OVER AND OVER again and I'm sick of autoplay throwing me back into the same rabbit hole over and over again! So they need to fix their recommended section.

Tip for consumers:
Quality is dependent on the creator, and their site is rarely flatout broken. Their YouTube Red is the only thing to pay for so and it isnt worth the price of admission.

Service
Value
Quality
Helpful (0)
Thank you
Gameranx.com
“No reason to come back”
Very limited gaming journalism, Why go to a site when you could just look at the collective opinion of a game? Critics are a joke, its why I have a ridiculous photo :p
Helpful (0)
Thank you
Lyrics.com
“Good Site for normies”
All your regular songs will be accounted for I suppose, but finding your specific song using the search bar is kinda a pain. No song title search function? And for being the "The Web's Largest Resource for Music, Songs & Lyrics" they dont have a number of songs that I have thought of. Better sites out there for lyrics
Helpful (1)
Thank you
Indie DB
“Good Site”
Its an alright site if you're looking for indie games, otherwise you won't think of it much when you're thinking "Oh I want a game!"
Helpful (0)
Thank you
TaleWorlds
“Good Game Company”
I've bought Mount and Blade Warband twice just to play it on my Xbox and my Steam account. They take a little to long to develop their games though.
Helpful (0)
Thank you
Free Straight Talk Codes
“Don't trust this site.”
I'm saying to you right now to not trust this site. Shady practices from this site from a bunch of bots mass spamming "Oh I got a free phone card from*" messages, to the unauthorized scripts they are using. Don't get yourself a virus friends.

Nikolas hasn’t received any thanks yous.

Nikolas doesn’t have any fans yet.

Nikolas isn’t following anybody yet.

They are making it harder and harder to earn money, videos get unmonetized for just small things,...

As a avid YT user, i can confirm, its a good site. But the issue with 2 things, 1.Ad revenue good...