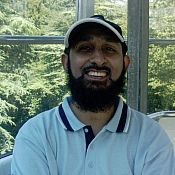 Al Haq Travel
“These Guys are COWBOYS”
These Guys are COWBOYS !!!
Absolutely worst company. Avoid at all costs!
Absolutely worst company I've ever dealt with. Firstly numerous times they charged us extra money once we had paid for flights. The hotels were changed numerous times and we were promised 4star hotels and given 3stars. By the end of the process they had charged us nearly £300 extra per person. We were blackmailed into writing false reviews of how good their service was and name the person who we dealt with MUSTAFA before our visas were released to us. We got picked up by our transport that was arranged in Jeddah and dropped off to a closed hotel and the driver ran off and left us. We were stranded as a family of 4 and numerous pieces of luggage. After struggling to figure out what had happned, we found out the hotel was under maintenance and were told to try their other branch. We had to pay for our own taxi to get to the other branch with no money on us, had to go to a bank and get the money out. Then once we got to this other branch we once again struggled for hours trying to figure out what had happened to our reservation. All the meanwhile we were trying to get hold of AlHaq and failing miserably with their absolutely terrible service. Once we finally managed to get them to understand what was happening we got told to pay for the night ourselves and they would sort it out. Thankfully the hotel staff managed to sort us out a room and transfer the reservation. However once again these agents said to us we have transferred you to another hotel branch you have to go there. At our wits end having not even done umrah at this point we were told to do umrah and go to the other branch. Once we got back from umrah we enquired at reception about having been told to go to the other branch and were told that branch was also CLOSED! The transport they booked was useless, our transport that was booked to go to medinah was over an hour late becaue the driver was asleep in his bed. This agency is an absolute joke , they have no idea what they're doing, blackmailing people for these false reviews and misleading people, and we were adamant we needed to let other people know once we were back as we booked this agency based on these reviews. Most of all is the terrible customer service, conning people out of money. Please save yourself stress and hassle and money and do not book with them.
Helpful (1)
Thank you

Nadeem hasn’t received any thanks yous.

Nadeem doesn’t have any fans yet.

Nadeem isn’t following anybody yet.

Paired deposit Of £1000 in start ofFebruary to Asad in the sales team, early March out break of...

DO NOT BOOK THIS COMPANY THIS A SCAM!! THEY ARE LIARS AND THIEVES !! my friend has booked a...