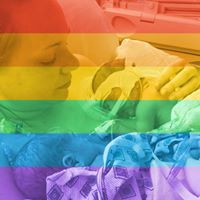 TeenSafe
“don't bother”
I initially had trouble during my free trial and was able to get support on the phone right away. The problem was I needed to keep my son signed into iCloud. After convincing him, I was able to look at his texts. It was awesome. And then it wasn't.

After a few days went by I could no longer get his texts, even the old ones that I already read. The data update button disappeared. I could locate him though, which wasn't that awesome since he is upstairs in his room.

Not wanting to waste my time with customer support, I remembered what fast service I received when I called before. I begrudgingly got my phone hoping for the same. No such luck this time. I listened to some jazzy tune featuring the Xylophone over and over again while on hold for quite awhile. Bored, I happened upon this review site and read that I was not alone in my frustration.

Mylinda hasn’t received any thanks yous.

Mylinda doesn’t have any fans yet.

Mylinda isn’t following anybody yet.

Teensafe scam me out of my money and fails to grant me access to my target phone .i contact the...

This program does not work. When I called to cancel I accidentally gave them the wrong email so...