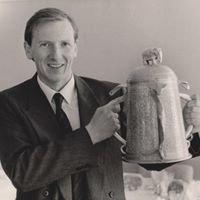 QS Supplies
“Complete shambles from a fraudulent company!!!”
I placed an order for a bath, bath panel and bath waste, however, the wrong bath was delivered so I arranged for the items to be uplifted for a refund.

The first uplift did not take place as they did not provide sufficient time to allow me to arrange for someone to be in the property. i.e. I received less than 24 hours notice

As I received no information regarding any further uplifts, and no paperwork was provided by the driver, I was unaware which items were to be uplifted during the subsequent uplift. However, the driver chose to uplift all three items at the same time.

Several weeks later, I received a credit for only one of the items (the bath) When I enquired about the credit for the other 2 items (the bath panel and waste) I was told that these had not arrived back in their depot.

I have expressed on several occasions that I cannot be held responsible for the failure of the driver or the warehouse staff in identifying what happened to the items after they were uplifted from me.

However, QS Supplies have advised that nothing further can be done.

YOU HAVE BEEN WARNED!!! DO NOT DEAL WITh THIS COMPANY
Helpful (1)
Thank you
PrinterPix
“Premium Paper Scam”
I paid extra for the 'Premium Paper' for my photobooks but was a bit disappointed with the quality of the pictures in the books. When I questioned if the 'Premium Paper' had been used they advised that there was NO DIFFERENCE between the 'Premium; and 'Standard' paper.

Seems like a con that they advertise and charge more for so-called 'Premium Paper' when all they supply is the same quality as Standard paper.
I have requested that the extra payment that I made for the 'Premium Paper' is refunded
Helpful (0)
Thank you

Laurence hasn’t received any thanks yous.

Laurence doesn’t have any fans yet.

Laurence isn’t following anybody yet.

Avoid this Company!!! Honestly the worst company I have Ever dealt with! Delivered my parcel to...

As other customers have also suggested I did not receive an email advising me when my sink and...