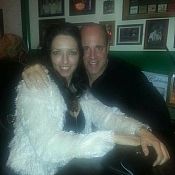 Verragio
“SAME SCAM COMPANY AS ITALO JEWELRY”
WORST CUSTOMER SERVICE EVER! PAID FOR EXPEDITED SHIPPING, IT CAME LATE (LA TO VEGAS). THEY SAID "YOU NO QUALIFY FOR REFUND"... WITH NO FURTHER EXPLANATION. SO UNBELIEVABLY RUDE!
Helpful (0)
Thank you
Italo Jewelry
“RICHARD FROM ITALO JEWELRY IS A SCAM ARTIST”
I ordered the ring and paid $23 expedited shipping. It stated it would arrive within 2-4 business days. I ordered it 7 days previous (5 business days). My anniversary was the day after it was advertised to arrive. I was to leave out of town the day after the last day the ring was to be delivered. It did not arrive and I didn't have the ring for my special anniversary dinner I had planned to give it to my wife. Needless to say, I was very disappointed and would NEVER have ordered that ring from Italo had I known the ring would be delivered late.

I emailed back and forth with TERESA from Italo Jewelers and she was not helpful in any way. She said " sorry it was late" but there was nothing else she could do. I didn't ask for a refund for the ring, but a refund for the $23 expedited shipping costs. She basically gave me the run around, and would not give me contact info for her supervisor.

I called "customer service" and got "Sandy". She was clueless and was very hard to understand. When I asked to speak to her Supervisor she said no one was available till tomorrow. I pressed her further and eventually someone miraculously was available. She then huffed and set the phone down. Literally 5 minutes later she again said no one was available and would not give me a name of a Supervisor or the Owner. After I pressed her for a few minutes to get some kind of result, a guy came on the phone named RICHARD. I began to explain the entire situation to him and he cut me off saying he heard everything and there was nothing he could do (I assume he was there the whole time, and was to chicken to take over until I demanded to speak to someone).

After reading that jewels fall out of the rings quickly and that getting any btype of refund is a nightmare, I fell like I have been scammed.

DO NOT ORDER ANYTHING FROM ITALO JEWELERS... YOU WILL REGRET IT!
Helpful (3)
Thank you

Ken hasn’t received any thanks yous.

Ken doesn’t have any fans yet.

Ken isn’t following anybody yet.

Verragio does make beautiful rings/bands as I loved mine! Key word loved. I recently sent my ring...

I bought this ring in April and my fiancé loved it when I proposed to her with it. It was one of...