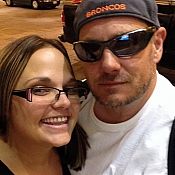 Thumbtack
“Newest scam Thumbtack is getting away with...”

As a Thumbtack pro I am very unhappy. I have been victim to all of these money scams that Thumbtack does and now they got me on couple scams. Twice this month I was charged over $25 for "exact match, direct leads". In both instances I was the ONLY pro selected by the "customer". The first one I responded with my availability and provided an estimate to one customer which was just my hourly rate times 2 hours. A few hours later I was contacted by customer saying they hired someone else. I was supposedly the only one chosen yet they hired someone else? I was charged $24.74 for this. My refund request to Thumbtack was rejected.
The other scam was I was chosen by customer to do a job, another "exact match, direct lead" and I was charged $27. I went to respond to the customer 2 hours later, I would have responded faster but I was on another Thumbtack job and couldn't respond right away. Anyway, when I did go to respond it said that the customer had canceled the job and/or canceled their account. But did Thumbtack refund my money? Hell no! I was told by Thumbtack they don't issue refunds on canceled jobs. Technically there was no job for me to do but I was still charged for it. That in my eyes is theft. I don't believe there ever was a "real job"" or even a "real customer". This is what I would call a perfectly constructed scam pulled off by Thumbtack. Well done you mother ******. I hope you all go to prison when this crap is finally proven true. I don't use Thumbtack often because every time I do, this kind of **** happens. Time to get myself a lawyer.

Jerry hasn’t received any thanks yous.

Jerry doesn’t have any fans yet.

Jerry isn’t following anybody yet.

Pros: They used to refund your bank account if you raised enough hell over bad or false/bogus...

This company will milk money from you as much as possible. They have very deceptive business...