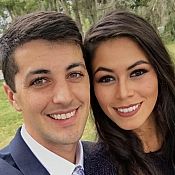 WantMyLook
“This company is a scam”
If i could rate this company a ZERO that's exactly what I would do. This company has NO COMMUNICATION whatsoever. I NEVER received any of my items and when I've tried to call the million of times I have, there is no answer. Not to mention the voicemail says that they do not read or listen to their voicemail! I've emailed them millions of times with nothing but a computerized automatic response about how me order "will be reviews in 3 days". I've never gotten an actual response. I ordered my first item back in August and was questioning why i haven't received it in early November. I honestly thought it would be awhile because they are shipping from China now. When i wrote many emails demanding a refund, they gave me in store credit. I was very upset. I decided to use "my instore credit" and give the company another try. Fool me twice it's on me. Again no shipment confirmation no email replies regarding my order except an automated one that now stated it's "holiday season with high demand" not to mention that the second item that i ordered is out of stock. This is the worse company I have ever encountered. Do NOT order from here. It's a SCAM!!!! I'm going to file a dispute today for both purchases. Safe your self the trouble and stress of being robbed by a scam company.
Helpful (0)
Thank you

I've never felt so disempowered and disrespected by a business like WANT MY LOOK before!!! I...

I bought a few items from this website and all of the times I've had to wait way too long. Looks...